Quite a while since my last post. I was going to trade in my CDX 2 last year to help with my purchase of an NDX2. But funds allowed for me to keep the CD player.

So I had what a lot of guys and girls would think as the near perfect source components. But nearly a year on I realised I hadn’t used the CD player more than twice in 6 months.

So I made the decision to trade in and use the money to help feed the NDX 2. As a Roon user (from an iMac running Core) I considered a Nucleus but that would have tied me to that ecosystem for the life of the product. So I took the plunge and have opted for an Innuos Zen Mk.3.

It’s feeding the NDX 2 as a Roon Core and has made a real positive first impression. And I mean a really positive one.

I had networked the NDX 2 last year via an off the shelf router using a Blue Jeans CAT6a cable and like most people had been impressed from the start. Fed from the iMac via the house wired network, the NDX 2 sounded great. But when the Innuos was swapped in yesterday, the improvement was instant. Particularly the noise floor has dropped and the bass has really improved.

I had read a lot of reviews and opinions about the Zen and was like most, concerned about it’s ability to run Roon. I have run it for a day with a 900 Album library of lossless FLAC and Roon is more responsive than ever. The startup process, installing Roon, importing the library and managing the server are made very easy by the web interface which is clean and very simply. The system performs auto backups of the media and the Roon index.

For those not familiar with the network connections on the Zen, it has Network In Ethernet and Stream Out Ethernet, I presume working as a Bridge; I don’t know what difference this make to the protocols or the common conceptions (particularly on this Forum) about the difference that certain Switches make. Surely my Switch is no longer a factor as the Zen is the Bridge. I’m sure @Simon-in-Suffolk could enlighten me! But what I can say, is Roon has never sounded better with both my FLACs and Qobuz. This is all without exploring the USB out of the Zen; I’m aware of some great reviews.

Should I have gone for a Uniti Core? I don’t think so as Roon is my Library of choice. Also, Innuos have told me that at any point, they will upgrade the Zen to the next model up, the Zenith. This adds more independent power supplies and SSD. The guy on the phone went into great detail how Innuos have had to work hard to power SSDs differently to HDD because of electrical noise; not as simple as swapping HDD for SSD.

As you can tell, I’m really happy with my addition. But how can I not miss the CDX 2? A legend. 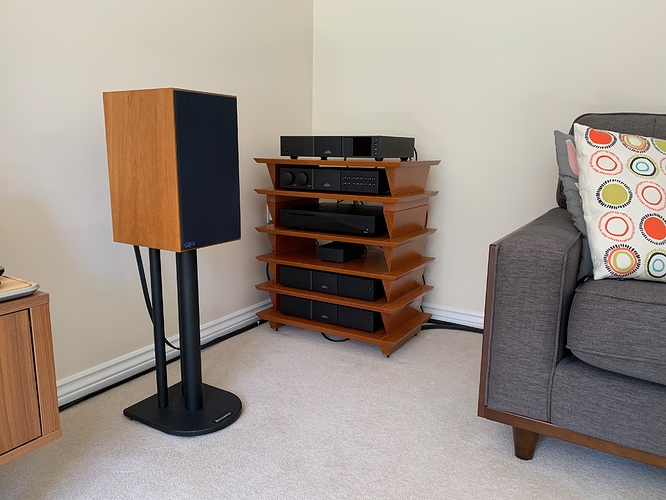 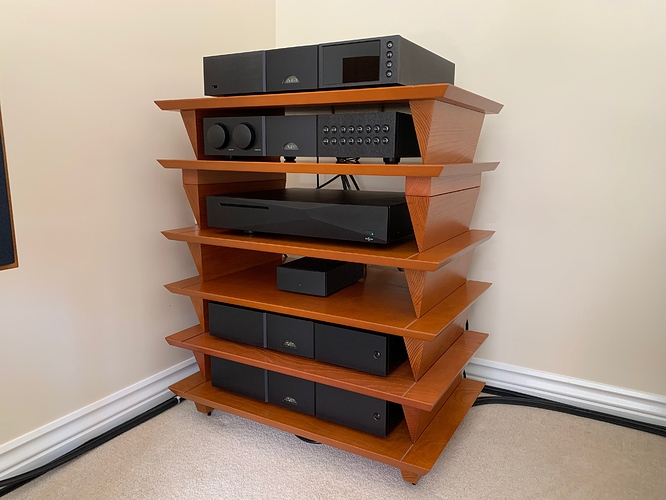 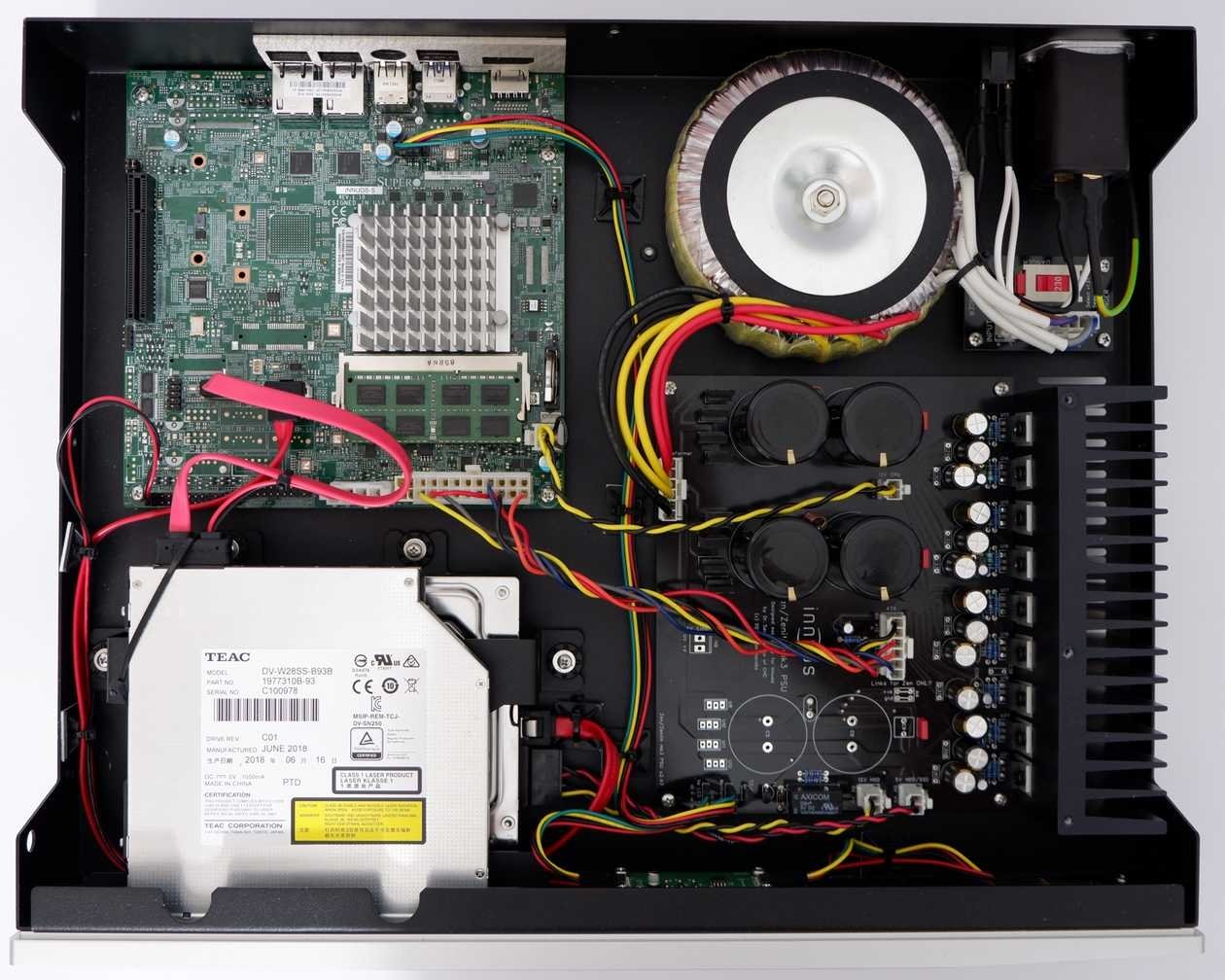 Essentially you’re describing where I’m heading. The Innuos is a fab thing.

Got rid of my CDS2/XPS for a streamer about 5 years ago and haven’t missed it for a nanosecond. Good move - you won’t regret it.

The CDX2 is a fantastic CD player, not to say something of a trophy product, but like the OP, I was playIng a CD once or twice a month, usually after purchase and before ripping to the UnitiServe.

Used both to fund a Zenith Mk III and have not regretted it for a moment.

I replaced my CDX2 with an NDX, never regretted it, but I do miss the CDX2, a fantastic player that wrings the best out of rock. I’ve described the CDX2 as like being in the front row at a rock gig, whereas the NDX is the best table at the jazz club.
One of my objectives of going with NDX was to reclaim some of the living space taken up with the ugly dust trap CD racks. Job done! The CDs are now all in storage, so with nothing to play the CDX2 was sold, it actually left a few days before the NDX arrived, so I had no choice about what to play, NDX or silence.

Quite a while since my last post. I was going to trade in my CDX 2 last year to help with my purchase of an NDX2. But funds allowed for me to keep the CD player.

Excellent. Keep onto that CDX2, you are unlikely to regret it… it plays audio in an inimitable way. Sure not the most neutral or last stop in SQ but what it does is fabulous… you notice it more with high end NAC like the 552, and placing the CDX2 on Fraim.
Sure I only use my CDX2 probably a couple of times a month… often to listen to Mojo magazine CDs… but I would definitely miss it if it went…and absolutely deserves an input slot on my 552.
90% of my listening currently is via my Streamer-> Hugo.

My CD5 XS sits almost unused since I got seriously into streaming. Not sure why I keep it, really, but it was one of my first two Naim boxes, so I guess there’s an element of nostalgia. Silly, really for a box of electronics.

Hello CDX2
As a long term CDX2 owner, only in the past year have I added a new XPSDR, resulting in a new CD collection. I use it every day for several hours, and very familiar material surprises me with aspects of performance not obvious before.
Mine’s going nowhere!

Sticking with the CDX 2, with a good vinyl source, a good tuner and desire not to overcomplicate life see no need for tuning.

Even I, after having owned (in different times) four of five CDX2s, have one day moved to Network Replay (I don’t use the word streaming because that is only the reception of a real-time, digital transmission via informatics of a live event or a file from a distant server, what in analogue times the British language called broadcasting); I too have a MacBookPro with Twonky Server, only when the CDX2 went all the rest of my Naim equipment followed, and I am now using a Bricasti M3 DAC/network player, with good but anonymous CAT7 LAN wire.
I too have thought of an Innous: a logical choice seen, BTW, its resemblance with a Naim box. As for regretting the CDX2, which I think I know better than anyone else here, having had ALL the versions with all the mechanisms and boards from the earliest model till the very last one, some more than once, we in Italy have a say, which I’ll try to translate as best as I can: when they’re born they are all beautiful, when they die they’re all good.
The CDX2 is assertive and full of joy de vivre, but as soon as natural, listenable, unassuming enter into the play as sonic values, a rega Apollo is enough to replace it for the better. My opinion only.

This is all without exploring the USB out of the Zen; I’m aware of some great reviews.

Yes indeed. I used CDX2 into nDAC and now use the Audiophilleo + PurePower from a Zenith. I keep the CDX2 for my wife.

The Innuos with Qobuz or TIDAL works very nicely as well, and if you have Roon it does the same.