Gout. Why do people laugh?

I currently have a slightly swollen and very painful ankle. Just seen my Doctor who thinks it may be Gout and has prescribed a course of an anti inflammatory Drug.

When I mentioned Gout, my Wife laughed. A minute later as part of the same conversation I mentioned the G word again and she laughed again.

It seems to be a bit like being hit in the box playing Cricket. Very painful but everyone finds it hilarious.

It’s perhaps seen as an 18th Century affliction, when it was commonplace (peace Dr Johnson!) - a bit old fashioned maybe. Much rarer today as far as I know.

I’m under the impression gout is a result of inactivity and too much indulgence so maybe that’s a source of the laughter. Everyone I’ve known who’s had gout are not in very good shape physically mostly from their own neglect.

Gout (Ha Ha Ha), runs in my family and I drink wine and Port. At 52 I have not had it yet, but I fully expect it to visit anytime soon.

My dad was a bricklayer who suffered badly from Gout, I always remember my dad having to go to work with one foot in an armoured shoe and the other in a slipper that was cut down the top and laced back up with string to give his swollen foot some breathing space.

We used to tease him a lot and despite the pain he was in, my mother had no sympathy and would gladly laugh out loud when he hobbled by.

A strange and little understood symptom of gout is that it can cause sufferers to use an excess of unnecessary capital letters. It’s most peculiar.

blimey, you’re right. didn’t mention that to the doctor.

Looks like the capital letter from your proper noun has be stolen!

There’s a German deep inside you.

Sympathies from a fellow sufferer, people wouldn’t laugh if they had it, can be very very painful.

I’m not convinced there’s anything common that causes it across all sufferers even though it seems to be associated with rich diet and too much booze,. I went tea total, vegetarian and was fit as a fiddle for a time but still suffered. I now take daily medication and generally that seems to keep it at bay.

Hope it doesn’t last too long !!

There’s a German deep inside you.

I wouldn’t know how to take that!

I’m generally pretty active, physical part time job. However, was laid up during Jan, Feb and March recovering from a major op. So that may have played a part. I had a colleague some years ago who was a very fit slim runner who was always suffering from it.

I leave the interpretation to others, but there are many possibilities!

Gout used to be considered a status symbol because of its association with wealth. 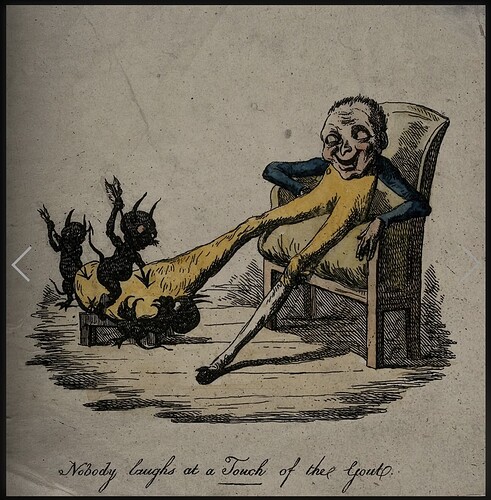 Sorry to hear that Collywobbles, acute gout can be extremely painful.

It’s caused by urate crystals forming in the joints and causing inflammation, and it is influenced by foods (typically purine rich foods) which result in elevated uric acid levels in the blood, but there are many other factors.

It may be regarded as a bit of a joke but I think it’s possibly just bad luck that some of the provoking compounds are to be found in foods many of us like.

I leave the interpretation to others, but there are many possibilities!

I wasn’t quite sure to whom you were originally referring. I’m afraid my knowledge of the German language is poor, but my daughter has potentially confirmed a more benign interpretation than mine! 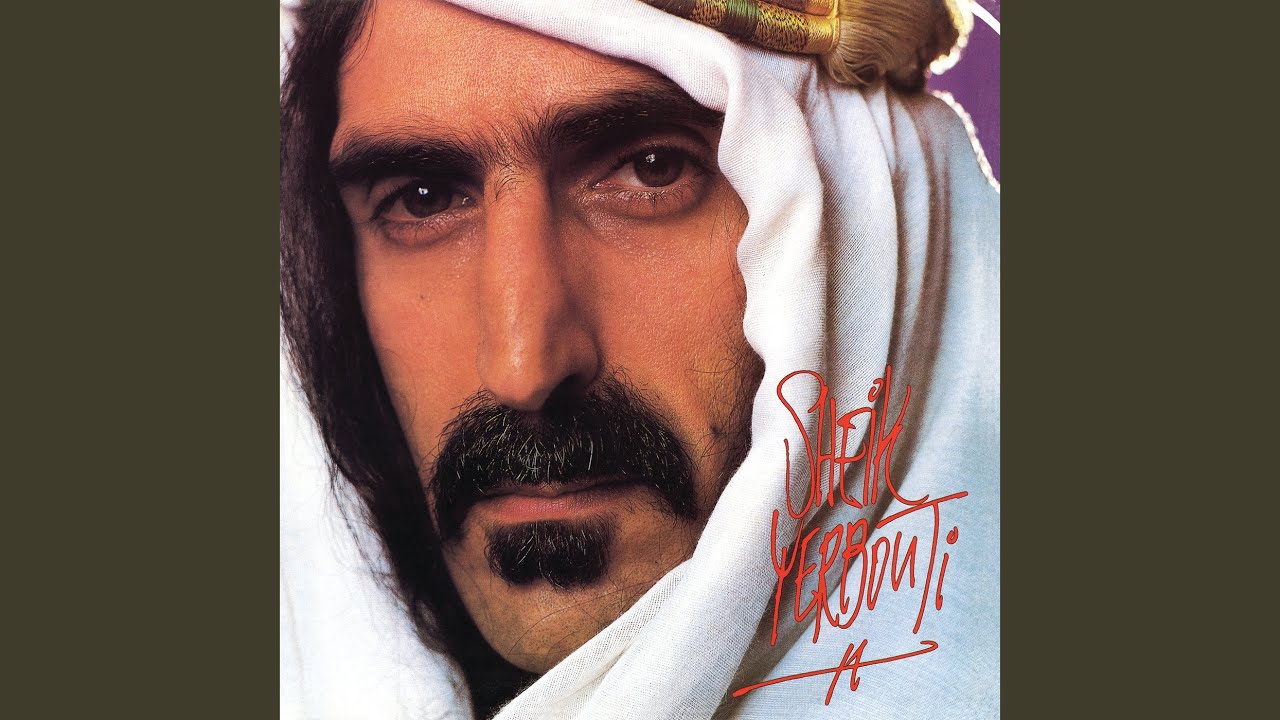 Another fellow sufferer, now on pills for life for this very painful condition

Another fellow sufferer, now on pills for life for this very painful condition

I think many rheumatological conditions are not considered as debilitating as they are by the general public.

I injured my right arm some 10 weeks ago and have had niggling tennis elbow since then, it sounds trivial but is far from that. I also have a lot of pain in my right thumb, hoping it’s a soft tissue injury rather than osteoarthritis.

I’ve had gout since I was 19. As well as the acute pain it was causing many of my joints to swell and become stiff. I’d been using Colchicine which took away the pain (after a bit) but caused diarrhoea.

I was then put on to Allupurinol which I’ve been taking for 9 years. I’ve had no problems since and the swelling and lack of movement in my joints completely cleared up.