Guardian’s best albums of 2021 so far

I must say I’m rather bored with African guitar music at the moment. The Tuareg stuff largely leaves me cold. The Mdou Moctar is not bad at all though. Can’t say I’d rave about it but it’s certainly worth a listen. A second vote too for Musst Musst by Nusrat Fateh Ali Khan. He’s an artist like Fela Kuti where there’s almost too much choice but that really is an excellent recommendation albeit obviously not from this year.

Of course the other album I’d forgotten from this year is An Overview On Phenomenal Nature by Cassandra Jenkins. It’s another absolute slow burn but try the song Hard Drive, which is the most obvious route into it. It’s very precious; a little self-obsessed and self-contained but a bit like the Better Oblivion Community Centre album a few years back it doesn’t pull up any trees or score points for originality but you come back to it repeatedly simply because it’s good.

I don’t wish to reignite anything but I do feel the need to clarify my observation about a phrase like “Persian elevator music”. Music is either good or bad and we either like it or we don’t. Expressing either of those things is fine but neither require qualifications around ethnicity as that suggests that music which originates from a certain area is always bad and the lazy use of the wrong ethnicity suggests falling into the trap of firstly not realising how offensive it can be to get someone’s ethnicity wrong and secondly using stereotypes for descriptive purposes. Lazy stereotypes of course is exactly where racism comes from.

Of course no-one has ever posted online that actually, on reflection, their statement was racist but I will never cease to point out the lazy stereotypes. People can draw their own conclusions on that.

Cassandra Jenkins album has slowly grown on me since I bought it too.

The Mdou Moctar is not bad at all though. Can’t say I’d rave about it but it’s certainly worth a listen.

I might even rave about it. Certainly the one for me so far this year.

After sampling most of these albums on Tidal, the only ones I think I’ll be playing again are Arlo Parks and The Weather Station. However, it’s an interesting, eclectic list, and refreshingly free from plod rock (with one or two exceptions).

Really glad I read this thread. The Arooj Aftab album was a great find and has been played a few times already this afternoon. Roon radio then took me to this album. 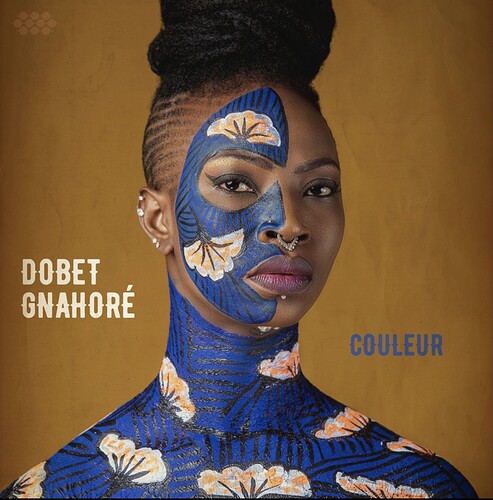 Both genres of music are ones I’ve not really explored before but have really enjoyed. More exploring to do !

I will take a listen

Thought I’d give the list a preview - spent this week’s pocket money on these two from Bandcamp.

Fiver – Fiver with the Atlantic School of Spontaneous Composition

but I do feel the need to clarify my observation about a phrase like “Persian elevator music”. Music is either good or bad and we either like it or we don’t. Expressing either of those things is fine but neither require qualifications around ethnicity as that suggests that music which originates from a certain area is always bad

African guitar music, on the other hand…

Fairly clear distinction I would think.

Using “Persian” as both a pejorative and a stereotype when really meaning “foreign”. Using “elevator” as a placeholder for pleasant and inoffensive/not worthy of attention.

as opposed to “African” as a substitute for, well, nothing.

Literally meaning the whole of the continent and with no pejorative or stereotypical intent. I have an extensive collection of music from pretty much most countries on the continent as opposed to those which attract the attention of reviewers etc. At the I present time I have found nothing much which strikes me as particularly original; exciting or even above average and especially so as regards guitar based music which appears to be taking a breather. There is plenty of okay to good stuff but nothing exceptional.

There is some fabulous synth based pop coming out of places like Tanzania and Malawi. Equally some extraordinary percussion based stuff coming out of Gabon and Zimbabwe but it’s hard to get hold of and doesn’t even have a significant radio presence.

So, nothing pejorative nor utilising lazy stereotypes. Merely an actual description of something admittedly broad but also an accurate description of how the mainstream music press currently sees music from the continent i.e. they’re only interested in guitar based music at present. It will pass.

with no pejorative or stereotypical intent

Quite, and that’s how I interpreted your use of African guitar music.

What makes you so certain that there was pejorative or stereotypical internet behind Persian elevator music?

You appeared to be suggesting some hypocrisy on my part. Apologies if I’ve misinterpreted that.

I think the mere phrase plus the conclusions about the album in question made it unequivocally pejorative.

There was none I can assure you.

As an aside, was listening to the Arooj Aftab album to check my original impression when my better half came into the room, said “that’s lovely”, and asked me to “put it in her playlist”. Ya reap what you sow lol.

Ha! My first clue was an Irish surname and Mary Teresa in front of it.
The worst was while we were still dating a few years ago, one Sunday I arrived at her doorstep looking for some consolation after you lot gubbed us 5-1. She opened the door wearing this! 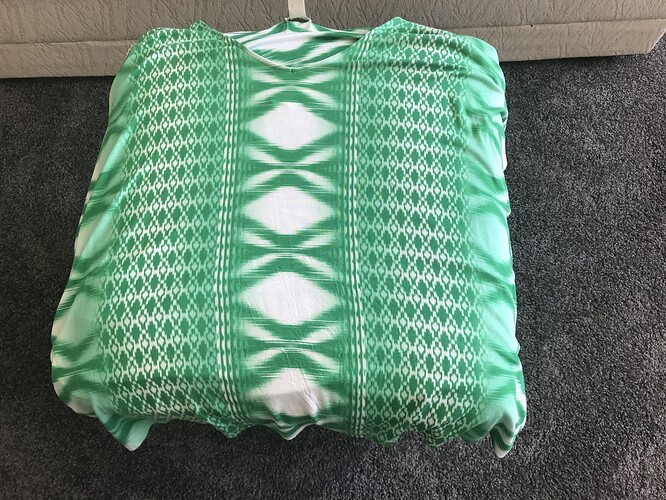