For me these two pieces of music are similar if not nearly identical in the main tune of the two pieces of music. One can say that Handel’s was to the point of the main theme while Beethoven gave it a slight twist and stretched the music out. I enjoy both pieces of music which would create perfect music for a funeral. The similarity, is it just coincidence or did Beethoven purposely put his version on the piece Sarabande? Does any one have any information about the two compositions and maybe why are they so similar to say the least?

We need to clarify exactly which Handel piece you’re referring to. A Sarabande is simply a type of dance piece which, along with Allemandes, Courantes and Gigues, were often combined to make up a suite. Bach and Handel wrote plenty, so we need to narrow it down: just referring to ‘Handel’s Sarabande’ is like referring to ‘Strauss’s Waltz’ or ‘Pink Floyd’s Album’.

Since I like a puzzle, I’ve had a dig around and it seems that the Sarabande (4th movement) from Handel’s Keyboard Suite in D minor, HWV437, has been widely recorded, including in an orchestral arrangement for the Kubrick film Barry Lyndon. Is that the one you’re thinking of?

To confuse matters further, the HWV437 Sarabande appears to be based on La Fol[l]ia, which is a much older melody, and has been used as a basis for variation-type compositions by a range of composers, Corelli and Rachmaninov being among the best known.

To Ebor and Corry, thank you for your information however for avoidance of doubt here are the two pieces 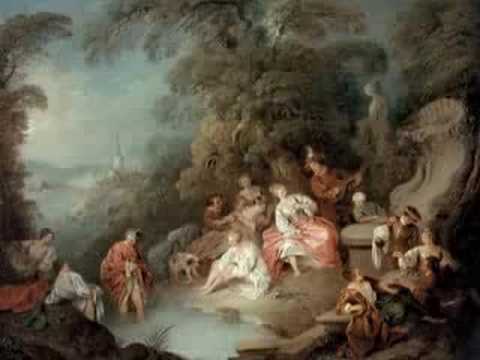 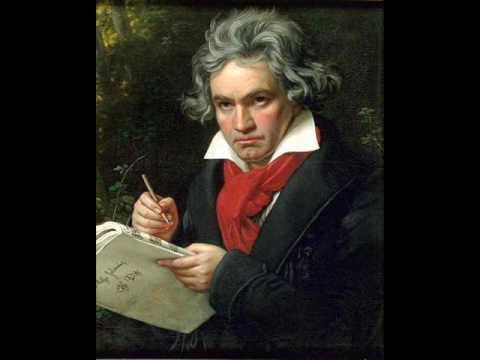 As you will hear from both pieces there is a definite similarity in the music. Are you both implying that Handel and Beethoven did their version of an even older dance or dances hence the reason for nearly identical melody? If that is the case I would very much be interested to hear the original version (before Handel’s time ?).

Not at all - the Beethoven isn’t a Sarabande at all because it has two beats per bar, whereas Sarabandes (like the Handel) always have three, like a waltz. Sarabande is a dance style, not a melody so there’s no ‘original’ in the sense you mean. That would be like asking ‘what’s the original version of the waltz?’ - it’s a dance style, nothing more.

Here are my thoughts, having looked at the scores for each:

An interesting addendum is that Beethoven seems to have been aware of Handel’s music, and admired it for how he achieved a lot with simple means. That might be a good description of the Sarabande we’re discussing, so therefore it’s possible (and I wouldn’t put it any stronger than that) that Beethoven knew the Handel piece specifically and tried to write a more harmonically daring and extended ‘version’ of it for his 7th symphony. In the absence of anything more concrete, though, I don’t think our legal friends would regard this as anything more than circumstantial evidence.

Overall, I’d say the differences are fairly significant and the similarities quite debatable in places but that’s only my opinion and you’re under no compulsion to agree with me. Nonetheless, I can hear the broad similarity I think you’re referring to. I’d say just sit back and enjoy both!

…and to pick up on @Corry’s very good point, the Folia he’s referring to is an ancient (i.e. we don’t know who came up with it first - probably a folk piece) chord progression that’s quite satisfying to compose with. Vivaldi’s version sounds very close to the Handel piece, though I should point out that the Handel does not follow the usual Folia chord progression, except in one or two places. There’s loads more detail and suggestions here:

La Folía (Spanish), or Follies of Portugal (English), also known as folies du Portugal or folies d'Espagne (French), La Follia (Italian), and Folia (Portuguese), is one of the oldest remembered[citation needed] European musical themes, or primary material, generally melodic, of a composition, on record. The theme exists in two versions, referred to as early and late folias, the earlier being faster. The epithet "Folia" has several meanings in music. Western classical music features both "early ...

You’ve even got Tangerine Dream and Vangelis to listen to there!

From my good old study book: 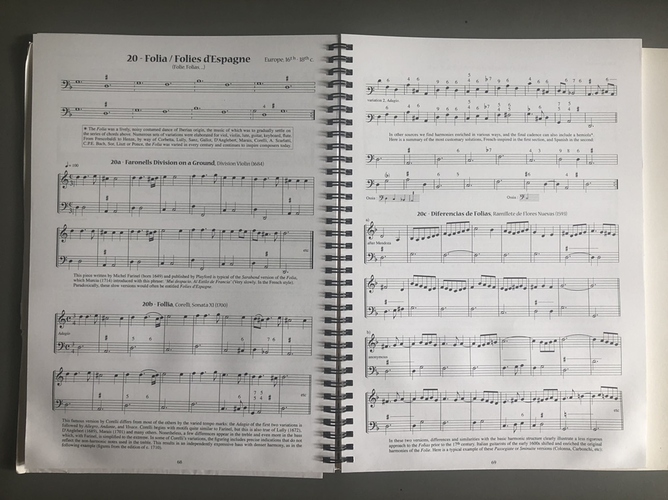 It was for the subject called practical harmony. 3 hours on Thursday morning. Teacher opened the book and said Improvise!

Looking back, that were the most interesting lessons.

Maybe we could discuss the similarities between Angie and Hotel California too?

Improvisation is such a vital (and fun!) skill for musicians, I still find it amazing how little it’s taught in a classical context… with the exception of organists, for some reason (probably in church contexts, when you need a bit of noodling to cover the priests whilst they faff around), where improvisation is a standard skill that’s tested at all levels.

My reason for mentioning improvisation was that both Handel and Beethoven were known for their improvisation skills. Therefore it does not surprise me that it ends up in their written music. Without further evidence, I would not be surprised that both parts are worked out improvisations.

Regarding classical musicians, certain studies had the compulsory subject Introduction to Jazz Harmony. Half a year later we arrived at the exam. It was a group exam, so the keyboard folks played the jazz schemes with variations and the other instruments / singers had to improvise a melody.

Everybody failed the exam. Why? We apparently all had a written down scheme in front of us which ensured that you immediately failed. 2 weeks later everybody retake the exam and passed. That was a good lesson

I bow down to your superior knowledge as to the technical construction of the two pieces. I think its perhaps that you do know the differences and the history that you approach it in a certain way. Of course the two pieces are differently constructed to my amateur ears that is obvious but the main melody or tune (or whatever you want to call it) is similar if not identical. I think Beethoven was well aware of Handel’s version and decided to change it and elongate it; he did a great job. I am not surprised how Beethoven did it, he can play the same tune in probably 100 different ways judging from his past works…

In Beethoven’s day it was different, but with the centuries of music now behind us it must be incredibly difficult to create a truly original melody that sounds good to the human ear - maybe practically impossible. It is of course truly only plagiarism if someone has heard the original before (and this is not for one moment suggesting Beethoven was plagiarising). When I am messing about on an instrument making up music, it doesn’t take long before I think I’ve heard it before so amend where I’m going.

I bow down to your superior knowledge

I’m not sure I could recommend such a course of action! I agree with you that there are similarities between them, and they can be striking if you hear the right versions of the pieces next to each other. Where we’re going to have to disagree is over the melody - I can’t hear (or see, on the sheet music) any similarities, even ignoring the relatively trivial differences of key and metre.

For example, I’ve just tried playing each melody over the other piece (transposing them so they’re in the same key and mangling the time signature to fit) to see if they mesh together in that way. They didn’t, at least not in any consistent way. I tried playing one melody with each hand to see if that worked, or showed up any similarities. Again, not really. So I have to stick to my initial reaction which was that, despite similarities in other areas, I can’t perceive any melodic similarity between the pieces, and it’s not for want of trying.

But that’s OK - we hear all sorts of things differently to each other and that’s what can make the world an interesting place.

I myself am grown at home guitarist. I can’t read music so all my knowledge is from musical friends and playing by ear. Lately I am teaching myself to play a classical piece which caught my ear called ‘Canarios’ written by Gaspar Sanz. I depend on a video done by Joshua Rogers, he is playing this piece outside in the New Zealand country and explaining his movements on the guitar, at the end its starts to rain but he soldiers on, bless him. Its the most ambitious piece of music for me to learn especially as I am learning to finger pick the guitar at the same time. It may seem like a up hill battle but so far its going surprisingly well, I am also learning in the process the advantages of finger picking which allows me to play different chords which are impossible to do with a plectrum. Anyway back to the guitar…

Ah, Canarios is a lovely piece - best of luck with it. I’m sure the group Sky did a version of it, but I can’t seem to locate it just now. Anyone?

Sky did their version of Sarabande on Sky 3

However Canarios does sound familiar but like you I can’t find it on any of Sky’s albums nearest I can get to it is Danze from Sky (1) but thats not it.

John Williams has performed it solo.

It going to annoy me now.

Don’t go too crazy looking for it - my conclusion is that I was getting Danza and Canarios muddled in my head, given their broad similarities.