The Sinclair Spectrum was launched on April 23rd 1982. A chunk of my student grant went on one to upgrade from my ZX80, and it’s probably the main reason I went on to spend 35 years in the IT and datacomms industry. Definitely quirky, built to a price and it showed, but it sold 5 million and I’m pretty a good number of those owners joined the industry as I did.

We were a Commodore 64 family, but I have happy memories of playing Manic Miner and the like on a Spectrum for hours after school at a mate’s house. Good times. 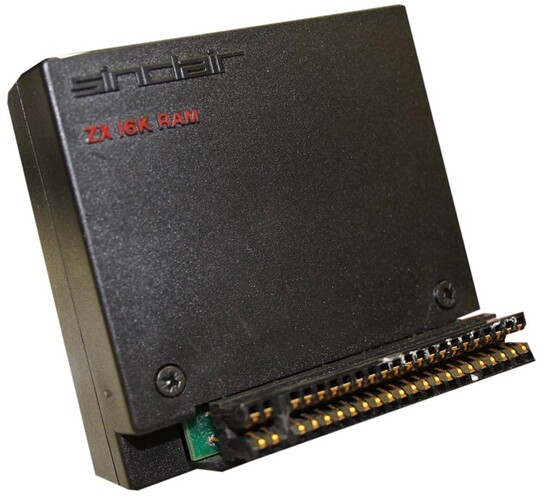 In 1982 the ZX Spectrum was a dream come true for me as a kid, I asked my father a lot for one but it only come to my house in 1983. Loading those games from a cassette player was fastidious but rewarding in the end.

Then it came later the 128k version with better sound chip, and better keyboard, if I remember the models cronology was.

There where some variants from timex in between.

The ZX Spectrum was a success in sales and an affordable computer for the most of us to get in to the gaming, many studios supported it and amazing games have been produced for it.

It will be a dear piece of hardware in my memory’s for all of my life, I was a kid then, and the Zx Spectrum was the perfect toy.

After the spectrum evolution to the Commodore 64 and the Amiga was the next step for many.

Hmmmm, back in 65/68 at Nottingham Uni we shared a mainframe with Manchester Uni, writing our own engineering programmes in Fortran.

I avoided the Spectrums and Commodores. It was only when my girls started at school that we splashed out and bought a BBC Model B plus an external disk drive, printer and monitor. The hardware plus the Basic program writing handbook are still in our memorabilia (aka junk) store !

I did a small re-write of the save/load code to knock about minute off the total load times of some of the slowest loading games. My pre-loader loaded a small bit of code at 1500 baud and then the main program came in at 2500 baud.

I also amended the load code of Manic Miner so you didn’t get prompted for the colour codes on the security sheet. It was a simple JR (jump relative) instruction IIRC. Apologies to Matthew Smith

When I started my Computer Science degree in 1972, the Spectrum was in the distant future.

That wobbly RAM pack was definitely for a ZX81.

My first computer was the Spectrum 48k. I guess I got it in August 1983 unless the 48k was launched very soon after the 16k.

Did anyone have one of these? 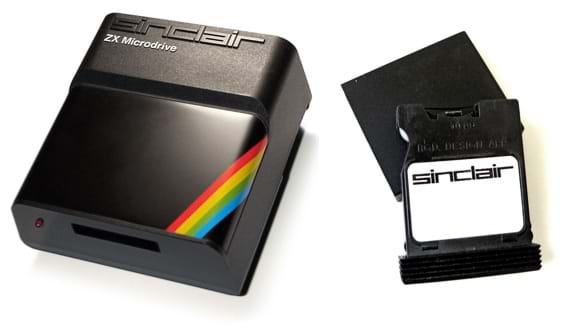 There was a spectrum gadget I really wanted but never obtained. It was a disc drive with a button that saved the entire memory at that point to disc. The idea being you could load a game, press the button, effectively saving the game to a file that could be loaded super quick.
Owned the spectrum from Christmas 82.
Yes I work in IT.

I never upgraded my ZX81 to a Spectrum, just got a better case & keyboard, which reseated the 16kB RAM pack to not wobble.

Had mates with them & those Microdrives, which were woeful.

Missed out on the games, stuck to learning Basic and Zilog Z80A Assembler on the ZX81

By early University (86-90) it was either a Prime Mainframe and learning Fortran, a Mac with PageMaker or an IBM PC and WordStar. Later on there was a CAD Lab with Apollo Workstations and Spice.
Off the milkround, it was ICL with more mainframes & S3, Unix, then some C.
So yes, Sinclair and his ZX machines had a great influence and an early background in Computers.
Today CPO of a FinTech, transactional platform deployed in AWS

Started off with a ZX81 - less than 1 KB of memory to play with really taught you how to try to optimise things. Never got the memory add-on but persuaded Santa to get me a BBC Model A, later upgraded at some guys house to B status.

In hindisght I wish I’d gone down the IT route, but had committed to a more science based career by mid 80’s.

I lost touch a bit when at University for 5-6 years as I could not afford newer computers (well not in addition to hi-fi/vinyl/beer) but still used the BBC with various sideways ROM/RAM upgrades.

I think a lot of simplicity was lost in those years and when I started working I thought PCs with early Windows versions were dire and bought Acorn A5000 and later a Risc PC600. The 200MHz StrongARM upgrade for the Risc PC600 gave it I believe a 6x performance increase which was phenomenal. A real shame Acorn sank before releasing the bizarre yellow cased ‘PC style’ Phoebe. ARM lives on as their legacy I suppose, just wish I’d seen the potential and bought some shares early on.

As for the simplicity comment, I’ve dabbled over the years with C, C++, Visual C, Java and webscripting but never devoted enough time to really get to grips with the libraries and APIs which seem to require lots of ‘code’ and far more in-depth study just to do simple things that would take a few lines in BBC Basic. Keep meaning to learn Python properly.

I can remember skim reading the preliminary BBC Basic guide/tutorial which came with the Beeb during a French lesson at school and retained much of the content in memory very quickly, and even if I couldn’t remember the exact syntax or options for various commands I knew where to look quickly for the task I wanted to complete. Nowadays I just can’t seem to memorise other newer languages due to their breadth and complexity as well as multitudes of confusing syntax, but it’s not my day job so I suspect lack of repetiton and familiarity play a part.

For many of us it was having to copy those BASIC programs from computer magazines which were strewn with typos that probably challenged us to correct the program to get it to run. Tim Hartnell springs to mind for some reason.

Hey this sure brings back memories I remember selling the North American version the Timex Sinclair back in 1982 I think. The Commodore 64 and Atari 2600 were all popular then to. I agree that many Sinclair enthusiasts ended up in the IT industry as well.

Absolutely loved the thing, years of nursing a keyboard through failures, balancing the volume of the cassette recording when loading games.

Plus always being amazed at the game industry’s underestimation of youngsters patience in cracking all the various attempts to prevent counterfeiting the games given the disparity of game cost to any disposable income at the time.

Took until Elite for them to come up with something that couldn’t be solved by sheer determination when it came with a defraction lens thing to be able to read a code on the screen.

No doubt it led me to a career in IT purely because it provided an entry point and then wasn’t intimidated when starting on good old IBM mid range systems in late 80s when was fortunate enough to work on one of the first As/400’s in the U.K.

A system which much like the Zx Spectrum went on to become one of the worlds most successful business systems and still going today after various name changes, bit like Triggers broom when compared to original.

Oh wow, I just had the strongest flashback to GCSE Electronics… Programming in hex code via a mere two 7-seg LED displays. I would say ‘happy days’, but, well, you know…

Yes - and they always used the fall off just as you got near the end of entering a programme because the keyboard was rubbish and had to be pressed so hard. And then you had to hope it saved properly to the cassette. I still loved mine though.

I still have mine

I still have mine

I have a really emulator for windows…. But I’m not as good at chuckle egg as I was in the 80s (and never completed an “ultimate” game, or the hobbit).