Happy 40th to the Sony Walkman

I had many portable tape machines over the years, some made by firms other than Sony, but my fave was always the DD-3, a brilliant machine which was sadly nicked in 2001… wish I still had it. 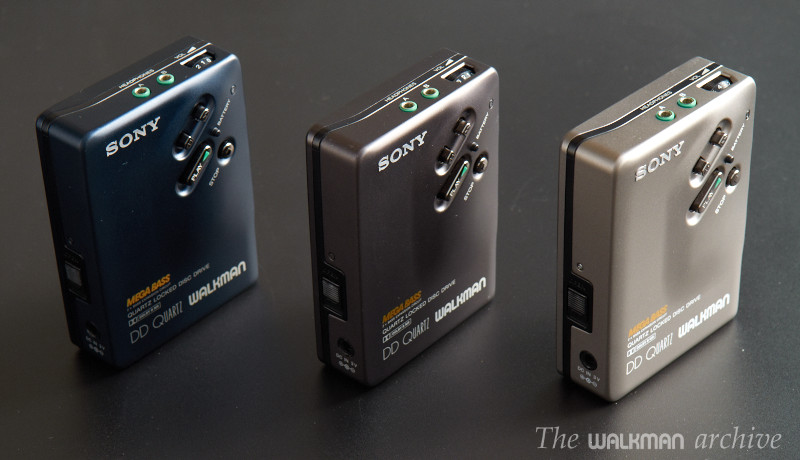 The Walkman DD was a favourite - I love the smooth lines. I first fell for the Walkman when I borrowed my room-mates Walkman II for a weekend of skiing at Waterville Valley. I loved it! I was tempted by another friends Walkman III, which was basically a black version of the original, but finally succumbed to the flash charms of the Walkman 7, which had Dolby, feather touch controls and auto-reverse. It did get through batteries fairly quickly though and was fairly bulky, then the Walkman Professional arrived and was updated with Dolby C. Initially I went for it’s smaller sibling, the DC2, then when I moved back to New York, and wanted a top quality miniature deck, a Professional. Sadly my Pro was never quite right, and neither was a replacement from Sony. It was quite late on in the products life that I bought mine (1994) so maybe things had slipped. I sold it and replaced with the mini Pro, a mint secondhand TC-D3, which was much better. Oh, and I still have both of them, the DC2 and the D3… 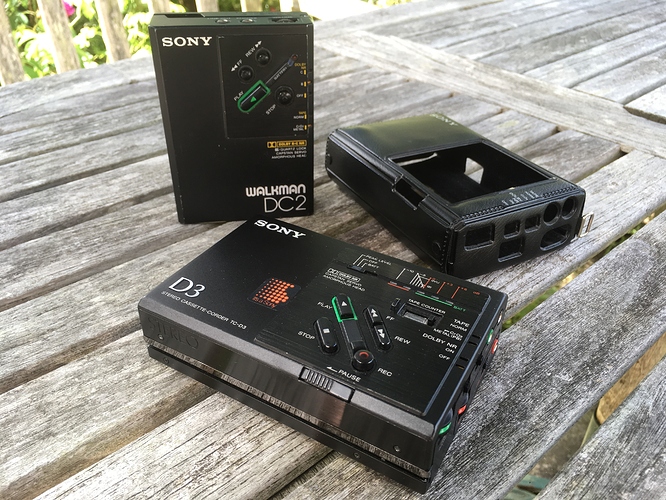 I had one of the Sports model in 1990. The most basic one at the time. 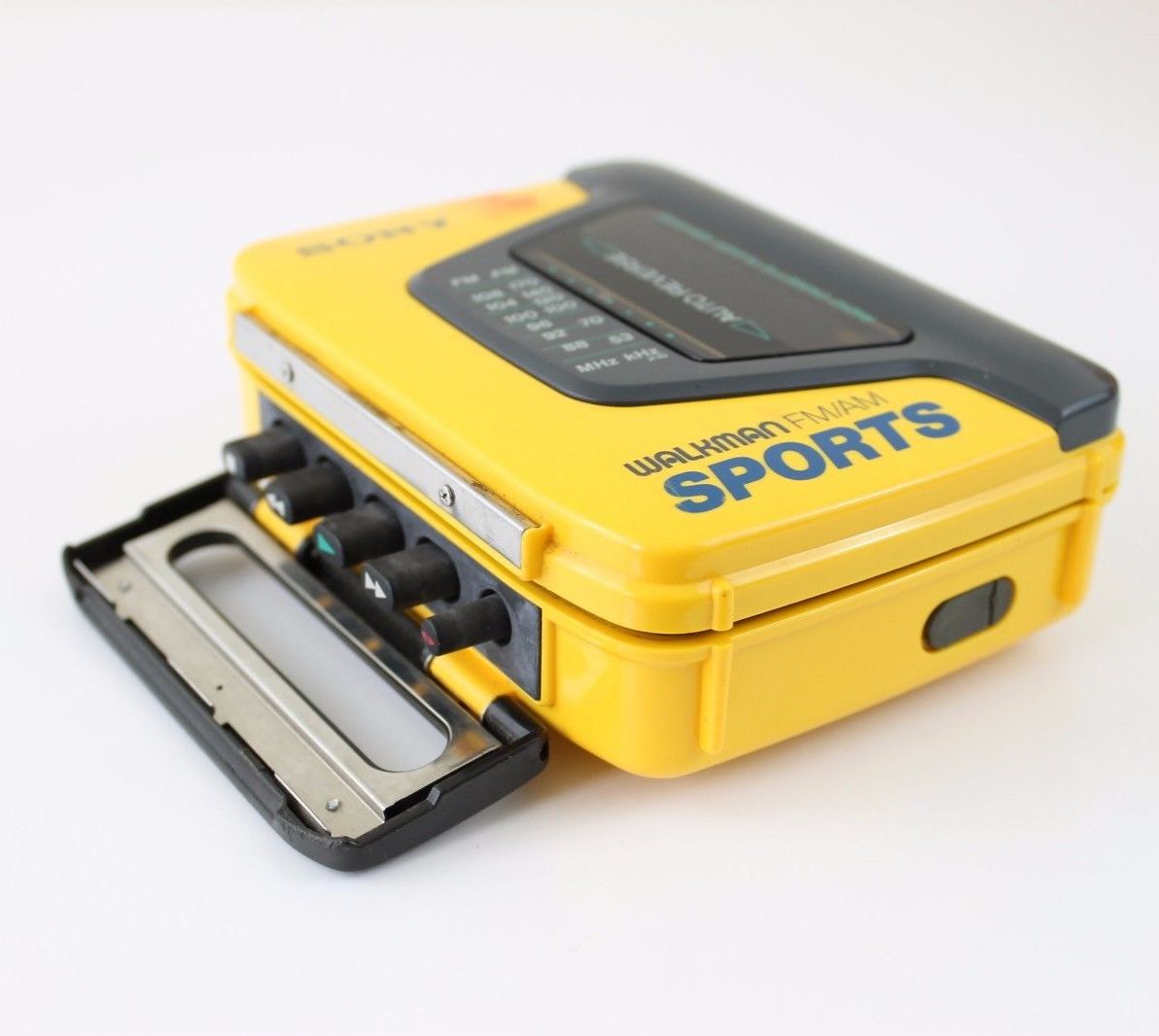 Loved that flappy down bit on the clamshell. Was the perfect looking device to play my rave mix tapes.
Later went up with the all metal one. 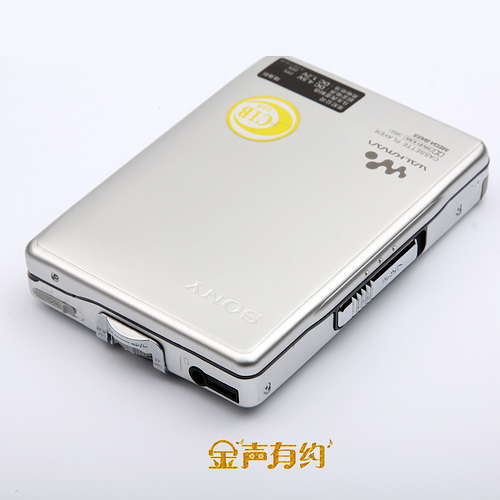 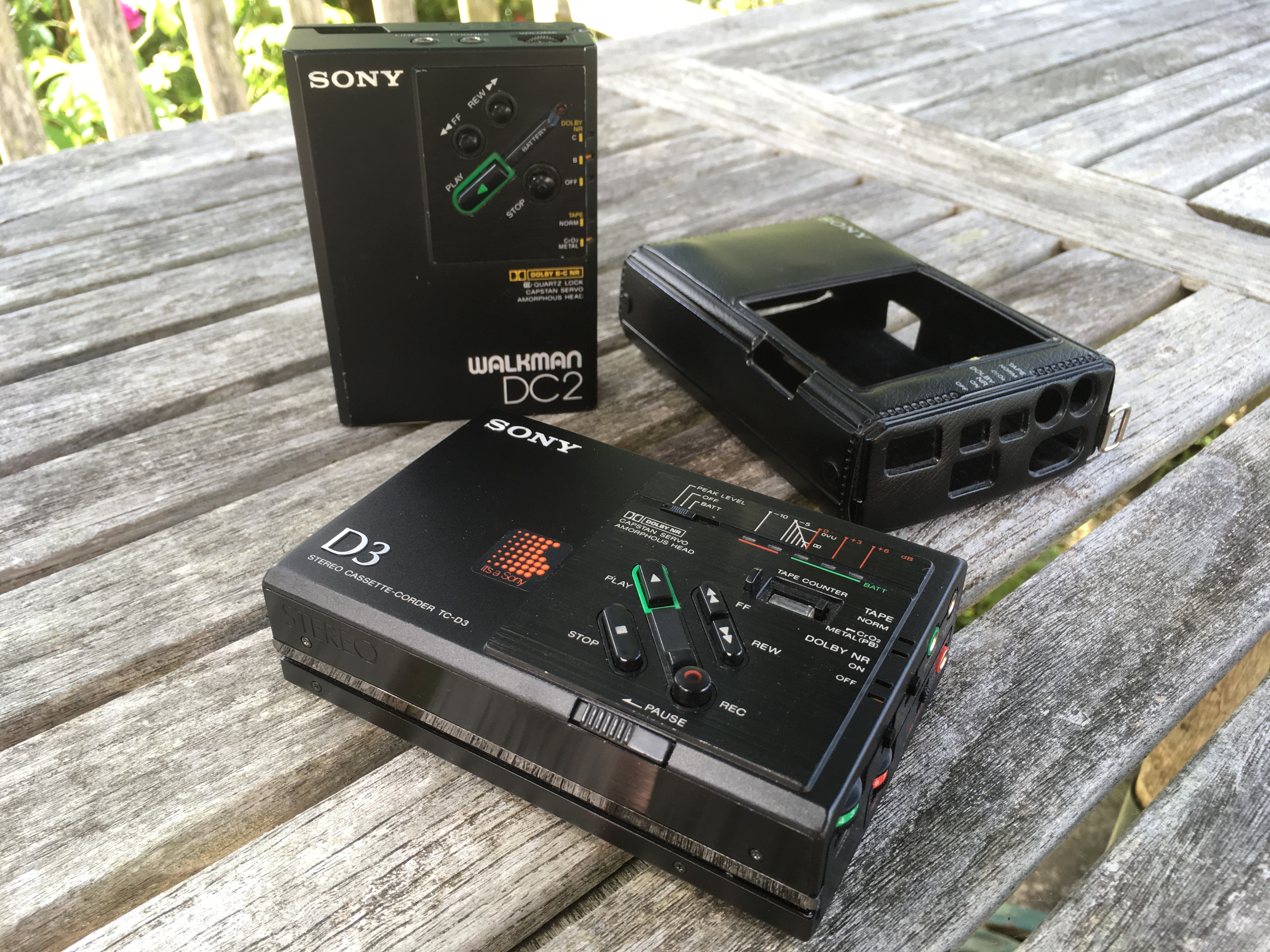 Great post Richard - lovely to see some mint examples of some classic pieces.

lovely to see some mint examples of some classic pieces

Sadly James, while the D3 might well qualify as pretty close to “mint”, the DC2 certainly wouldn’t - it has definitely been well used. It has also been some places too - it was one of the only Walkmen to still be working well at the top of Gokyo Ri in Nepal. It still works today, but has the notorious “click” from the main gear wheel - they all do it, so I’m told, as the outer section of the cog ages and splits. I’m also told it is fixable though…

My father had one of these: 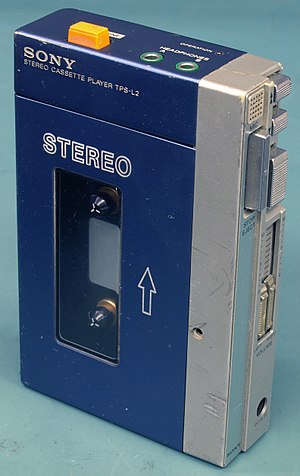 I remember long, hot car journeys to the South of France listening to my recordings of the UK Top 40 and having my brothers annoying me by pressing the orange “hotline” button

I was a relatively late adopter, having my fist one in 1983.
It was stolen in 1987 when our house was burgled. I was totally gutted, particularly as mine was a present from friends.

Repairs to SONY Professional Walkman, WM-D6C.
I would like bring this unit back into use. The RH take up wheel refuses to collect tape and will allow it to spill out of the cassette. Probably JUST? a broken belt drive. The see through plastic window has become separated. Otherwise immaculate!
Can this be repaired and is it worth doing anyway? I see there is a repair shop in the Tottenham Court Road area who might be able to help.
Douglas.

i had the wm d3. recorded some nice concerts with it.

Douglas, there are a number of sellers in the usual online places selling replacement belts for the Walkman Pro. Otherwise, there are specialists who will overhaul - google and maybe a trawl of the Walkman user groups would be a good idea.

Great memories with those devices. Now again have a Walkman but of course now only with storage card and still magnificent.

Hello Richard. Thank you for the info on keeping the Pro Walkman alive. One of Sony’s best products.
Douglas.

ah fond memories. i deliberated and saved for several birthdays on my first one. the wm-f 35 - the floater! It was pretty bulky though but i loved it

a friend of mine had an ultra slim top of the range white one which i was very envious of. It was stupidly expensive in comparison but i cant remember the model number. It was heralded for the fact that it was actually smaller than a cassette tape box. It had feathertouch buttons i think and was truly a thing of beauty, Seems ive been aflicted by upgradeitis for a very long time

a friend of mine had an ultra slim top of the range white one which i was very envious of. It was stupidly expensive in comparison but i cant remember the model number. It was heralded for the fact that it was actually smaller than a cassette tape box. It had feathertouch buttons i think and was truly a thing of beauty

Might it have been the lovely Walkman WM-10? One of my housemates at Uni had one and it was an amazing bit of engineering - smaller than a cassette, it pulled open and expanded to take the cassette inside. It sounded surprisingly good too!

The image above comes from Steve Coates website where he documents some repairs he did to some old ‘Walkmen’, including the WM-10.

Hi Richard, im obsessively trying to find the model now ha! Yes the WM 10 does seem to share some of the attributes i remember and appears to be an absolute classic of the range. Got to be honest my memories of 1990-1992 are hazy at best. The WM10/20/30 all seem to fit that ‘super small’ description though none in white i can find or with the flush touch buttons i seem to remember and i think my mates would have been a later model than these. Its very entertaining trawling the internet looking at the models of the era. Im amazed by the engineering of these units. Wish my memory was a bit clearer

Great thread, I have an original walkman, still works BTW! Also i have a Walkman Pro. I still dig it out sometimes for a blast though our Olive SBL system, it still very good on the right recordings.

I have to admit, there’s something about the look (could it be the rather lovely metallic blue body?) of the original TPS-L2 Walkman that still stirs something within me. 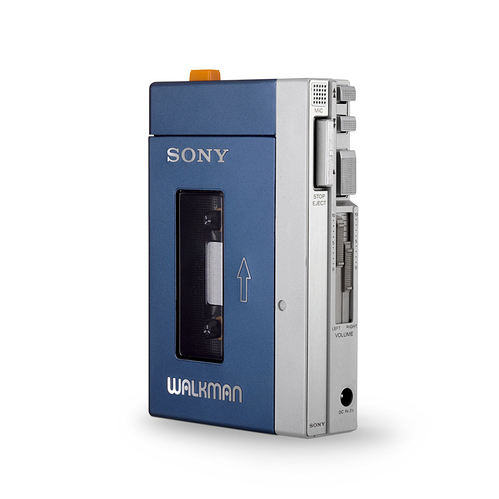 I found a recent piece written by David Price on his Zstereo site paying homage to the Walkman. Well worth reading. The image above is from Zstereo.

Thats the one i have, lol

found a recent piece written by David Price on his Zstereo site paying homage to the Walkman. Well worth reading. The image above is from Zstereo.

Cheers for the heads up, Richard - i’ll have a read of that later.