Has my sister's red light Nait blown up?

She was decorating so she turned it off.

The decorating done and with the volume at zero, she switched it back on. Massive cone excursion from left hand woofer and noise. She jumped and turned it off quickly. The Nait was connected to speakers with Naca5. There are no stray strands. It was also connected to her only source, her desktop Mac.

She bought the Nait in 1997. It’s never been serviced.

What do you think has happened please, and what should she do next? (Go easy please, she’s my sister).

Sorry to hear, Chris. If it were mine I would disconnect the Mac and get out an old pair of Maxims that cost me £5 and that I use for testing “unknown” amps, hook them up, switch on, and see what happens.

I’m guessing though that your sister doesn’t have a pair of old Maxim’s lying around, in which case she might want to do the most logical first thing - unplug everything and carefully remove the sleeve to see whether there’s anything obviously amiss inside before proceeding any further.

This will be no consolation at all for your sister, but the Nait is well overdue a return home to Salisbury for a well-earned service, even if it was brand new when she bought it in 1997. (I imagine that you know this, as you mention that it hasn’t been serviced.)

Your sister will have to endure a couple of months (assuming that normal service has been resumed at Naim HQ) with no music, but the Nait will come back at least as good as new.

She bought the Nait in 1997. It’s never been serviced.

I think you know what you will be told, on here…

I do, Ian, and have been telling her much the same since about 1998.

You stop though don’t you, you don’t go on saying it because they know what they should do and (for their own reasons) they don’t do it. So you just let it go.

Thanks Richard, I will pass that on, especially about disconnecting everything and having a look inside. Quite right, she doesn’t have a spare set of cheap speakers.

having a look inside

Would be worth also seeing if there is any smell of burning or similar.

Thanks, I will let her know about that.

Depending on her - or your - location, perhaps a trip to Sheffield might prove useful…?

Yes, I have been saying Class A to her for a while!

You could lend her your ATC’s!

Will be passing on tips, mainly don’t switch it on at the moment.

I suppose I feel a bit emotionally invested in this because I found the amp for her in my local paper back in 97. IIRC it was ninety five quid. I bought it for her, drove it up to London, she paid me for it, and until now she has had great music from it.

Thank you for your suggestions.

That was a steal at £95, I don’t think that you could manage that these days.

But I want to spend some of your sister’s money for her!

She is not getting anything like the best out of her lovely little amp if her only source is a computer. Once it has been fixed, the Nait deserves a better source. An NAT-02 tuner would make a great little set up or even, dare I say it, an entry-level turntable (Rega or Thorens 160, if she is interested at all in vinyl).

It’s a slippery slope, though…

The forum’s ideas have been passed on.

Things are tight at the moment so she’s talking about sending off the Nait in a few months or so. Or selling it for spares. Which would be gutting for me. Possibly less so for her because her idea of what constitutes music at home has changed since going to computer music.

Which would be gutting for me.

How about… you get it serviced/fixed, for her…

She’s not the only one for whom things are tight.

Perhaps she could sell it to you for “spares” Chris. I’m sure you could agree a price that’s doable for you both. She’s £95 in and had a great deal of pleasure from it I’m sure. And as you say, you’re already emotionally invested in it…

Couple of pics which I have just recieved: 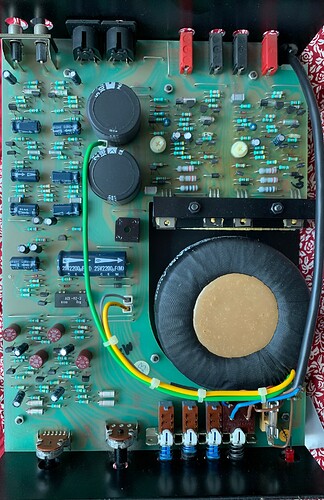 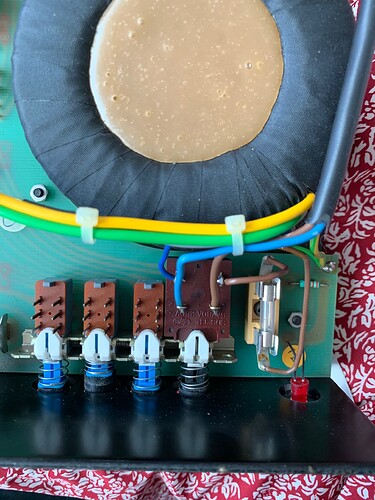 She noticed a small scorch mark on the fuse holder , bottom right.

Does anything else look amiss please?

Maybe Richard. But I’d rather she had it tbh.

She thinks the fuse is intact but hasn’t taken it out.

(fascia now chipped slightly, getting the sleeve off. Agh!)