A lot warmer today. Buds on many things in the garden.

More annoyingly the frogs have laid their spawn in an old paddling pool with leaks - have had to cover it to stop all the potential predators eating the spawn - on the to do list to replace with something better which has served as a little froggie nursery for several years I’ve been reluctant to remove.

Well the first of the gru gru (common crane) flew over today, going to the colder climes of the North. Always the first sign of spring to come around here.

Well it very well may of, over here in Kiwi Land we have had a very mild summer (speaking for the Canterbury area Christchurch) February is supposed to be our warmest month. Haven’t seen any evidence of that yet. A few weeks back we had a stupid 39C day and it was warm either side, but other than that and a few random mid 20’s it been nice but not summer to me. I am guessing We will get it in March which seems to be the trend over the past few years imo.

Sprung months ago, although it has been a reasonably cooler and wetter summer than we’re normally use to. 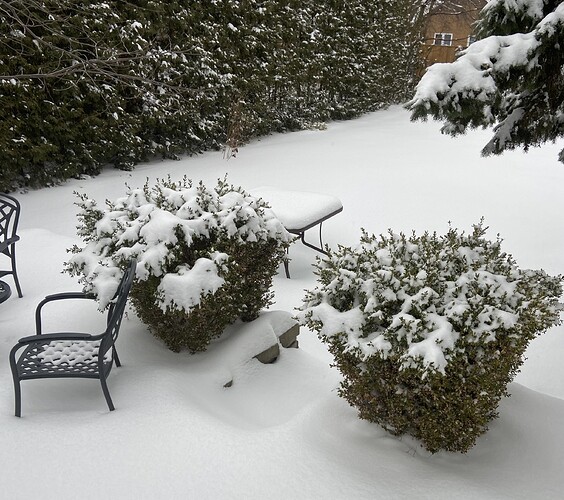 Spring is just around the corner !

Certainy has here, lambs are about 4 weeks old and daffs with some crocouses starting also got upto about 16 deg C too.