Following “Tidalgate”, in which last weekend a botched upgrade had to be wound back, I’ve noticed the sound is less compressed and there is a fuller and firmer bass.

I have been becoming dissatisfied with Tidal of late as I’ve always thought it sounded a tad flat. Does anyone else share this perception? 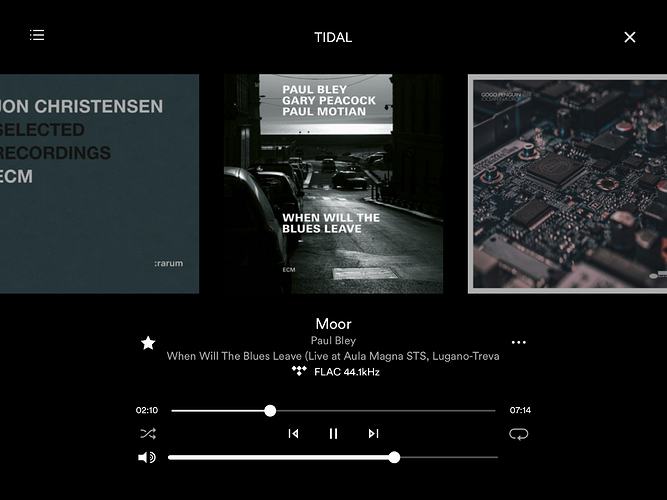 And yes, perhaps Gary’s bass sounds a bit fuller than normal…now you come to mention it.

In the past I always had Tidal and found the sound good. However when Qobuz was natively integrated it didn’t make sense anymore for me to pay twice. And I have to say the high res offering of Qobuz is definitely sound wise ahead. I still sometimes miss however the Tidal collection, which better fitted my taste. Also a pity that I can’t use streaming for my Muso anymore natively.

Anyone else with any comments to make?

I don’t have a naim streamer, just a MacBook to a DAC-V1 so I don’t know if the tidal/naim problem last weekend has an impact but I do think there was a change for the better a few weeks ago at Tidal. Its still not up to my CDS (not even close to be honest), but its quite listenable.

Hello DaveS–its funny you should mention this. I had not turned my system on for a week or so due to travel. Last Thursday was the first day home in about a week. I turned on my system, selected TIDAL and Willie Nelson’s Stardust, as that is a fav of mine and my wifes, and we play it often. It sounded really good–make that better than I have ever heard it. Brushed it off as the fact that my ears had rested for just over a week, and they were fresh. However, I know this piece well and my system well, made no changes other than a power cycle, and WOW it was good. Later in the day, I listened to a couple more cuts that I know well, and had the same conclusion. Was busy packing for travel on Friday, so did not follow up until now–but I would say that there has been an improvement–it sounds more real, more ambiance, more presence. I am back up country without the system, so I cannot listen again for a couple if days.

I am working on a second system at my mountain house, populated with things that moved on, but not away, and a few buys off eBay. Townshend Pre, Adcom 555, Sony DVD, Samsung TV, Apogee Auriga on walls, Meridian 3300 center, and a Meridian 218 control unit.