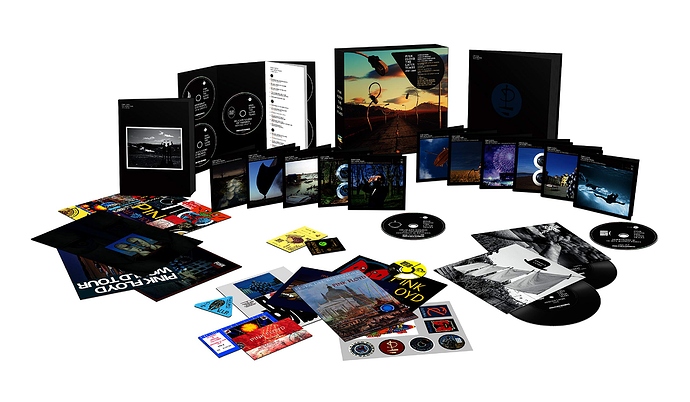 So, in November Pink Floyd Records are releasing a post-Waters era box, with 17 discs, including AMLOR, DSOT, DB, Pulse, TER, various videos, the Venice and Knebworth concerts, lots of unreleased stuff. It will be VERY expensive, although the price will inevitably drop.

Not sure if I want/need this, as I detest Momentary Lapse and DSOT and have Pulse and Bell enough times already… maybe I can persuade The Termagant to gift it to me for Xmas.

Hmm, luckily for my wallet, I think I’ll pass on this, not the albums that define Floyd for me.

You can get a VG+ 1st press copy of DSOTM (without posters and stickers) for less than half that.

Or PATGOD - always been my favourite Floyd album.

I’ve read that AMLOR has been “de-80ed” , with Nick Mason having done new drum tracks and keyboards from Richard Wright edited in(taken from live performances). No idea the extent it’s been done though

@TallGuy - AMLOR has indeed been “de-80s’ed” in the way that you describe, but that’s only part of the problem. Much more difficult to fix are the dreadful, cliched lyrics and the awful, plodding songs. I mean, how you “improve” dreck like A New Machine, Dogs of War and On The Turning Away – apart from chucking them down some memory hole, so that we can all forget they ever existed…

after 30 years of listening, i made a pause with the Floyds. Not definitive very probably. It’s like having eaten too much chocolate.

Well I’ll give you Dogs of War would best be improved by its absence, but I really don’t find the rest particularly offensive. To my mind it’s several leagues higher than Unmagumma, or Atom Heart Mother, or The Pros and Cons of Hitch Hiking.

Or Running Shoes: “the soles of my running shoes gripping the tarmac like gunmetal magnets” indeed. Very clever, but a bit rubbish. No, a lot rubbish.

And please don’t take this as a Gilmour/Waters god/cretin thread - my point is they both managed to blunder their way through some rubbish.

Interesting way of of describing too much Floyd😉

I have good copies of all those albums.i don’t see the need to spend so much more. The only benefit I can see is some very wealthy men are going to get even wealthier

For me, the standard studio albums are all I need - I am not a collector, rather just love the music.i’ve got a couple of versions of two or three, from trying to find the best quality! This sort of release seems to be milking it. Indeed, I thought The Endless River was a disappointment, rather scraping the barrel.

Anyway, I saw them live yesterday (well, a replica)!

eaten too much chocolate.

Wonderful collection of great of Floyd (Syd Barrett) inspired songs from a bygone era. Chocolate Soup For Diabetics Volumes 1-5. You can pick the entire set up for £15. Wimple Winch’s Save My Soul is worth ten times that on its own. I don’t get the price of Floyd boxes in comparison though I did buy the Early Years and thoroughly enjoyed 1965–1967: Cambridge St/ation as well as some of the latter material.

I mean with Chocolate Soup you get

I also managed to buy the complete Serge Gainsbourg studio recordings box set for £40 and it has some wonderful music and Jaques Brel’s first 7 albums for even less.

King Crimson are a good example of how to do a good box at a sensible price.

That said I do like the idea of de-80sisation and wonder if a black box that could do this would be available to add to my system.

@TallGuy I agree with you that RW’s Radio KAOS is rather pants, and as dated as AMOLR.

But the way I see it, AMLOR is an awful embarrasment with no redeeming features, save the song “Sorrow”. The 1980s did not treat the Floyd well - just as they were unkind to the likes of Bowie, Dylan, ELP, Yes etc. In fact I think it is perhaps the worst album released by a major artist in that benighted decade.

On another note, old-timers on this forum will know that Ummagumma – the Floyd’s most experimental album – is my favourite. AMOLR, DSOT and Endless River, are my least favourite.

Was that reply aimed at me Kev?

No sorry @Polarbear, it was meant for @TallGuy! 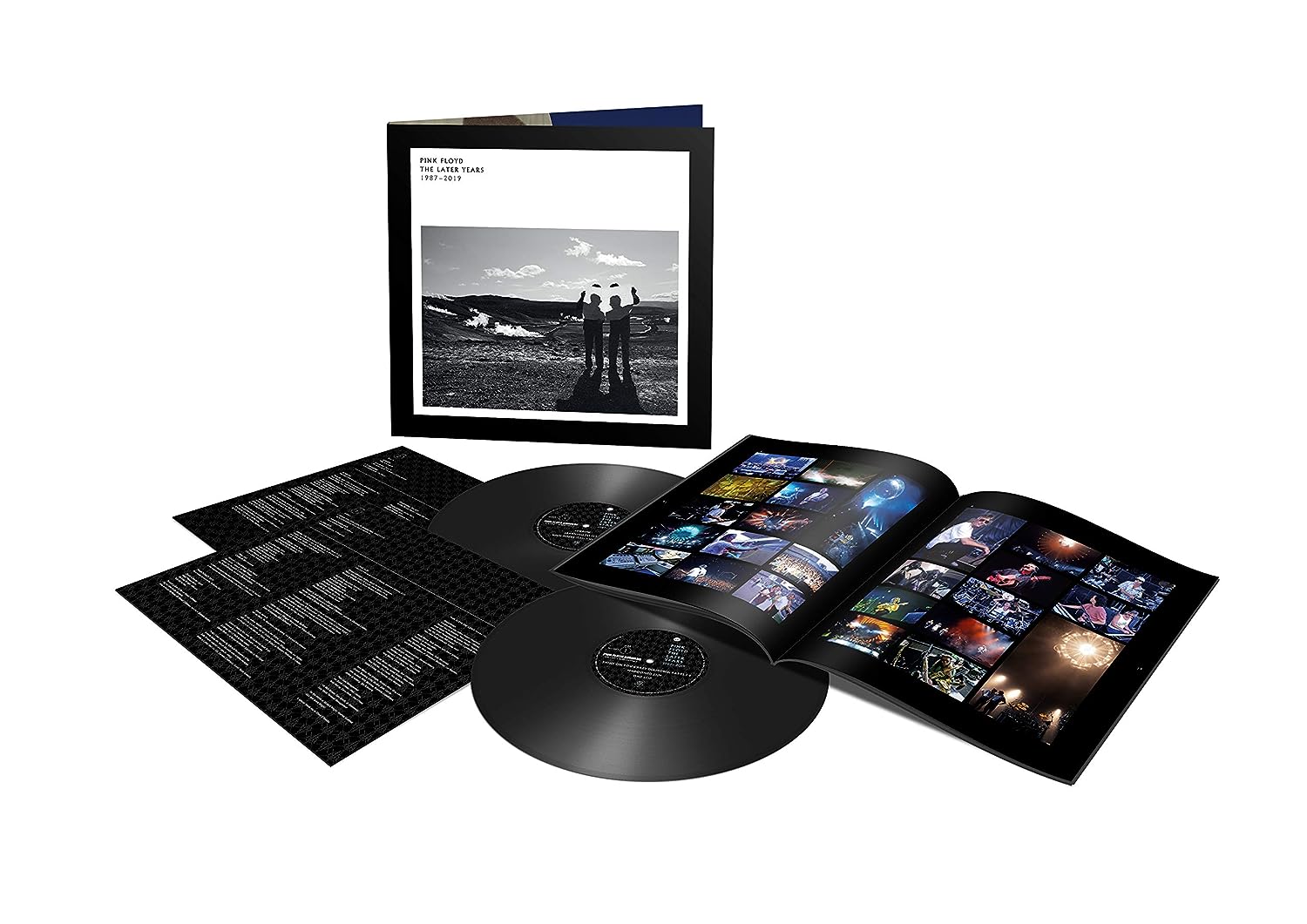 to that you can add all the hifi shows or even dealer places who put the Wall or Wish you are here to show how good their systems work.

I would be interested in a DVD/BluRay of the late-80s Venice gig. Had it on a shonky VHS off-air recording for years. If I remember correctly, some mother-flunker had taped over the last half of Run Like Hell with the opening credits of Till Death Us Do Part (Alf Garnett to the strains of Chas ‘n’ Dave). Fairly sure I’ve never encountered a more jarring juxtaposition.

But I digress. Anyone know if the Venice gig is going to be (or already is) separately available?

@Ebor There was a pretty decent version of it going around on the usual BitTorrent sites a while back - taken from Italian TV IIRC. However, I believe the version on this new box will be the full concert, shot on 35mm film…