All record players have some shortcomings but Regas where always known to have pitch control issues negated in newer models by the Neo off board PSU which allows you to fine tune the pitch by hand either with the aid of a smart phone App or Rega’s own Strobe Kit. Unfortunately I think the Neo PSU is only compatible with the P3 and above so if it’s really an issue you cannot live with then a new deck is the answer.

Wether that deck is an LP12 a Rega or some other deck is down to personal choice as I’ve said they all have their issues as you’ve learned the LP12 does need a lot care setting up and if you are inclined toward Audiophilia Nervosa has numerous tweaks and upgrades some of which are quite expensive. Alternatively as Nigel points out one of the Reg’s attractions is that it’s pretty much ‘Plug and Play’ out of the box.
I’ve owned and enjoyed lot’s of Record Players including a number of Regas and LP12’s and Technics all of which I’ve tinkered with and built from scratch but today I just enjoy the simplicity of the Rega P8 I own though it’s appearance took some getting used to my only upgrade on that front would be a P10.
An LP12 is an equally fine deck though and a beautiful design that I could easily live with again.

PS.
As has been pointed out by Richard and others the quality of a record’s pressing and mastering can scupper even the most eloquently designed record player.

I have some experience of Austrian oompah music, having spent a number of Christmas, Easter and summer holidays in Salzburg between early 1997 and late 2000. The culminating point of my oompah education was a local Dorffest in Elsbethen, where I spent an evening listening to die Kapruner Spatzen. Hähnschen am Spieß war super, though.

Thanks. Much food for thought. It appears though that the answer to my first question is actually a yes.

The best tweak for money is the Anzus supreme D2 lp stabilizer. A bargain at only 6,7 k euros. 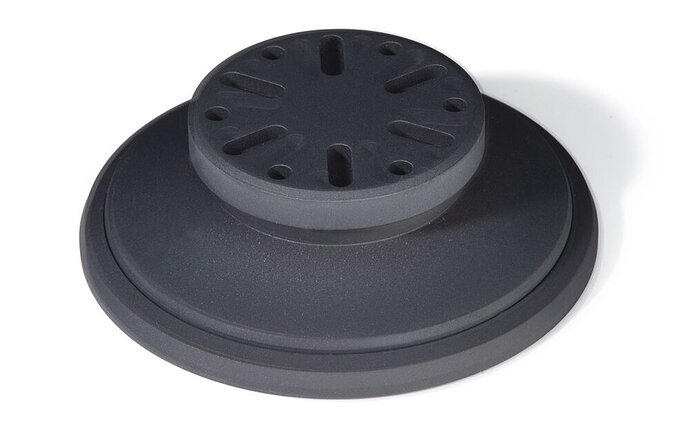 With your budget, a second hand Rp10 maybe. Or new P8. I would go for the former.
But then you need a good cart and phono, so it’s 2 k minimum more.
A second hand Rp8, Apheta 2, Rega Aria would fill the bill.

I have some experience of Austrian oompah music,

There is some great authentic one too, but much of it is terribly commercialized and always the same with horrible TV shows for it. (cf. the Gösser beer crates as decoration in the background of the linked video

But I agree the food is fabulous most of the time

Yes, a number of well known cases where there has been evidence of tape slippage during mastering.

I will say though that although vinyl replay requires much effort it does sometimes reap some extraordinary moments. I recently bought a record from the 1970’s on the Japanese Jazz label Three Blind Mice remastered and reissued by specialist label Impex and it sounded so alive and realistic on my P8 that it really did put the hairs on the back of my neck up to add confusion the only other time I’ve had a similar feeling was listening to a Music Matters 33rpm reissue on an LP12.

The LP12 doesn’t need constant tweaking. What is essential is that it’s set up by someone sufficiently competent. Once set up it will stay in tune for long periods. By contrast, you can get a Rega out of the box and have it working in ten minutes - all you need to do is balance the arm, apply the tracking weight and bias and you are away.

A possible deciding factor may be how accessible a top quality LP12 dealer is to your home. The LP12 really does need to be set up correctly - it can then be transported in your car without concern, but I would not want to rely on others to transport it after setting it up. The other thing about LP12’s is upgraditis can be prevalent - in recent years there have been quite a few upgrades brought to market which can be a distraction. I may have this wrong, but the impression I get is that Rega offers a more straight forward proposition!

P2 = excellent value.
At its price, however, it is a little optimistic to expect either good pitch accuracy or good stability. These are available higher in the range, still with excellent value (compared to the competition).

I agree. The memory of my first demo of the Solstice is still very vivid. The room was large and the rest of the setup a full 500 system into Canton Reference 1Ks; playing Clifford Curzon’s reading of Mozart’s Piano Concerto N°27, with the English Chamber Orchestra conducted by Benjamin Britten, I was amazed at how I could actually feel the enormous, affectionate differentiation in touch by CC on the keyboard and almost see the piano at some distance.

I was also thinking of some Clearaudio…

There’s a Thorens direct drive that looks interesting but maybe a tad over budget at near half the cost of a solstice (but there’s no phonostage).
A PTP idler drive, a Lenco 75 or such with lots of tweaks is less still and might be worth investigating but listen out for hum from the motor. I couldn’t hear it but the dealer selling them in Paris, Anamightysound, claims he can, he does go for rather exotic cartridges however and was having a lot of hum problems with everything when I was there on Friday.

What do you make of the Technics decks? Potentially they might be a cheaper option but I’ve only heard one with an SME V, an arm I’ve heard several times over the years and never enjoyed yet.

Another Clearaudio built deck perhaps? You’ll at least get an idea of how much difference Naim have made with their input.

Yes, there a number of manufacturers who make excellent and good value TTs. There is no point in discussing which is best, these are just preferences.
What is important is that you enjoy your music. Happy listening!

Some humor of course. But it costs really that money. Incredible.

Yes, is the surprising answer. With Kid A by Radiohead, both on CD and vinyl. There are certain string sections played at odd speed which I think do it on that album.
edit - illiciting a mild feeling of sea sickness.

I just played Kid A on youTube. I didn’t know it. My guess is that the feeling you have is due to a couple of factors: all the sounds are more or less heavily digitalized, and some slow vibrato is applied to most of them; and second, no sound being acoustic, none have natural harmonics opening up from them, which contributes to the feeling of not being able to be in a fixed pitch.
I must say that a badly pressed LP of this music can really convey an intense sense of sea sickness…

Hi Max,
I have heard this many times, especially while listening to solo piano records. The first turntable to reduce it massively was my Pink Triangle Anniversary. According to Arthur Khoubesserian, putting both motor and spindle on the subchassis and thereby reducing a relative movement of these led to this. My Bauer dps in fine in this regard, too. Its designer points to a relatively strong motor, opposing the increased drag during highly modulated passages.
Thinking along these lines: is there a chance to listen to one of the Funk Firm (succesor to Pink Triangle) tables?