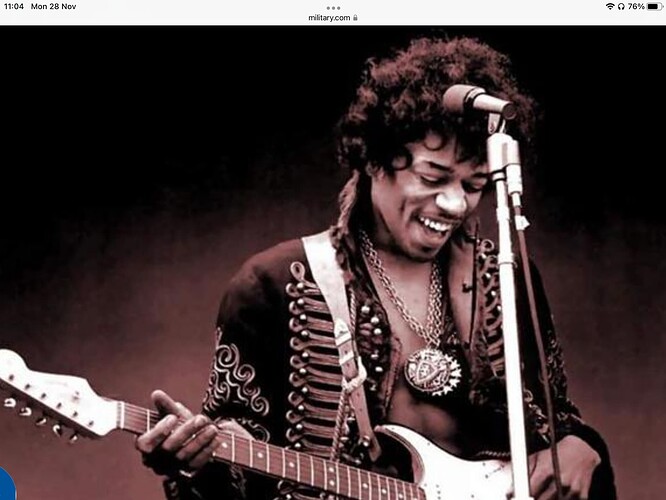 Did anyone watch this program on BBC 2 over the weekend? Now trawling through it on IPlayer and what a genius he was. Took me straight back to my teens reliving the music and beyond that a very interesting character he was too. Give it a whirl

Yes I watched it.
He was an exceptional player technically & musically, he bought a style that was completely new & a refreshing change from the brit blues styles of the other bands/guitarists of the time.
I saw him at a few gigs, mostly around London, some smaller clubs like the Marquee, last time was at the RAH.

I can’t get UK TV easily (I know I can VPN - but I have a dreadful internet connection), but I did listen to this excellent Podcast from the BBC’s Seriously program. 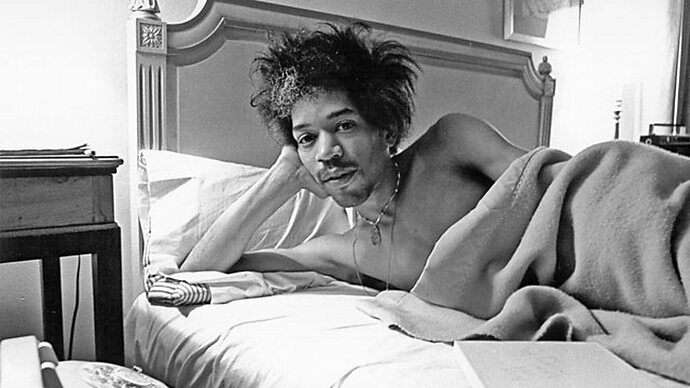 Seriously... - Hendrix: Everything but the Guitar - BBC Sounds

When you think of Jimi, you think guitar. But there are so many other layers to consider.

As rock obsessed teens back in the day we’d argue about our favourite bands or which band was best. Then you’d get on to the best drummer, keyboard player etc and argue about that. When it came to best guitarist, the answer was always the same. Hendrix. That was unanimous. Sadly he’d been dead over 10 years by then so the argument always defaulted to ‘living’ guitarist, so we could actually have an argument about that point too! So sad he left us too soon, and so long ago. To think what we’ve missed. What he missed. Tragic.

My son has been helping his mate who runs a gardening company. Saw him the other day and he said to me he’d been working up at Aldington at Jimi Hendrix’s old house. I said don’t you mean Noel Redding’s house. Oh yer he said. Funny he was working at John Harle’s house the week before.

My dad used to run Hythe youth club at the time Noel played his first gig and I’m sure he must have known him but both sadly long gone to ask.

My only claim to fame is I met Noel’s mum Margaret around 1976 at Dymchurch. She lived in Littlestone.

Used to work with a guy who saw Hendrix at the Marquee club. I said what was that like and he said it was just different. Now we see it for what is is but back then he was just ‘different’ from the rest.

In a video about Richard Thompson, Simon Nicol reminisced about early Fairport Convention (when they were a West Coast style band covering Dylan, Cohen, Joni, the pre folk rock Fairport) gigs at the 100 club. Jimi was occasionally in the audience and would head up to the stage at some point to jam. Simon modestly said he knew which guitarist Jimi wanted to jam with, so he handed his guitar over and the audience got to hear Hendrix jam with Richard Thompson.

The audience got to hear Hendrix jam with Richard Thompson

Now that would be interesting…!!

Jimi Hendrix’s ‘Fire’ came about as a result of his wanting to stand next to the fire to warm himself up in Noel Redding’s mother’s house. The reference to Rover moving over (to let Jimi take over) was to the family pet dog lying in the hearth.

Hi Andy, both ‘Hendrix experience’ band members are no more. Mitch Mitchell (drummer) died in 2003 and Noel Redding ( bassist) in 2008. The Man himself once said to a friend, that he doubted that he’d make it to his 28th Birthday. Also stating that The World owed him nothing feeling lucky, that he’d been lucky to experience what came before his 27th Birthday. As stated by CalamityJack sad tbh. He really was unique in his musical expression yet deep down a troubled soul as many of that time
ATB Peter

Yes and just around the corner from Margaret’s house was Toffs.
Drove passed there this morning and tipped my hat. 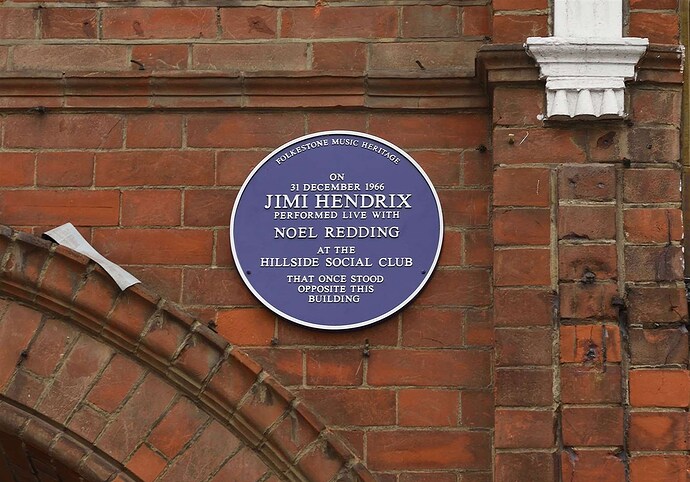 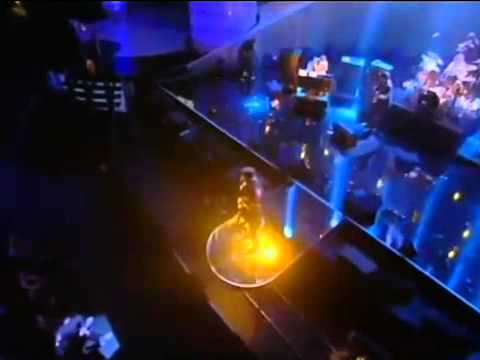 Above is a link to a great revival version of one of my fave songs of all time ‘Hey Joe’, and no introduction should be needed 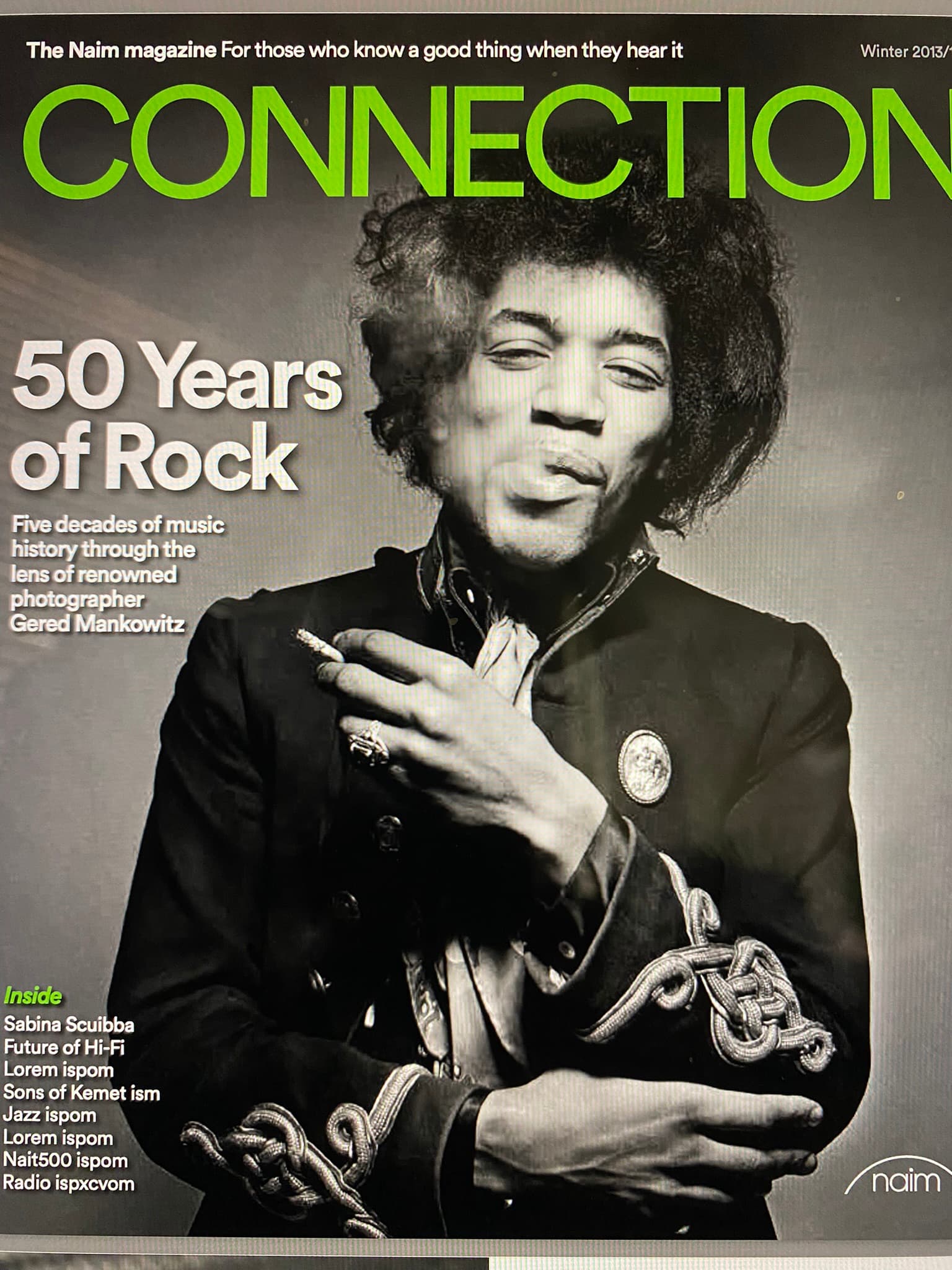 Love those embroidered jackets he wore, can’t avoid thinking though, that it wouldn’t quite suit me

What is ‘ispom’ - referred to on the bottom left of the front cover there?

The artwork here was WIP so I assume the final wording hadn’t been finalised on this image yet.

Mike Jeffrey comes across as a very interesting character.

Michael Jeffery was an out-and-out crook, surely, out to help himself to as much of Jimi Hendrix’s money as he could get his hands on.

Lorem Ipsum is a publishing trick to layout things before the final text is available.

In publishing and graphic design, Lorem ipsum is a placeholder text commonly used to demonstrate the visual form of a document or a typeface without relying on meaningful content. Lorem ipsum may be used as a placeholder before final copy is available. It is also used to temporarily replace text in a process called greeking, which allows designers to consider the form of a webpage or publication, without the meaning of the text influencing the design. Lorem ipsum is typically a corrupted version...

You can find generators in the internet. I use Text Expander on the Mac to achieve the same.