After just over 6 months (and some help from forum members resolving initial problems) I am very happy with my SN3 and ND5 XS2. It will be some time before I possibly consider moving on to separate pre and power, but, I am in a position to add a little to the system now. I’ve read various positive comments on adding a HiCap to the SN3 (and some less positive) and other comments on adding a Chord Hugo to the ND5 XS2. I will try to get an opportunity to listen and compare both but would be grateful for any initial views on which might be the better of the 2 options. 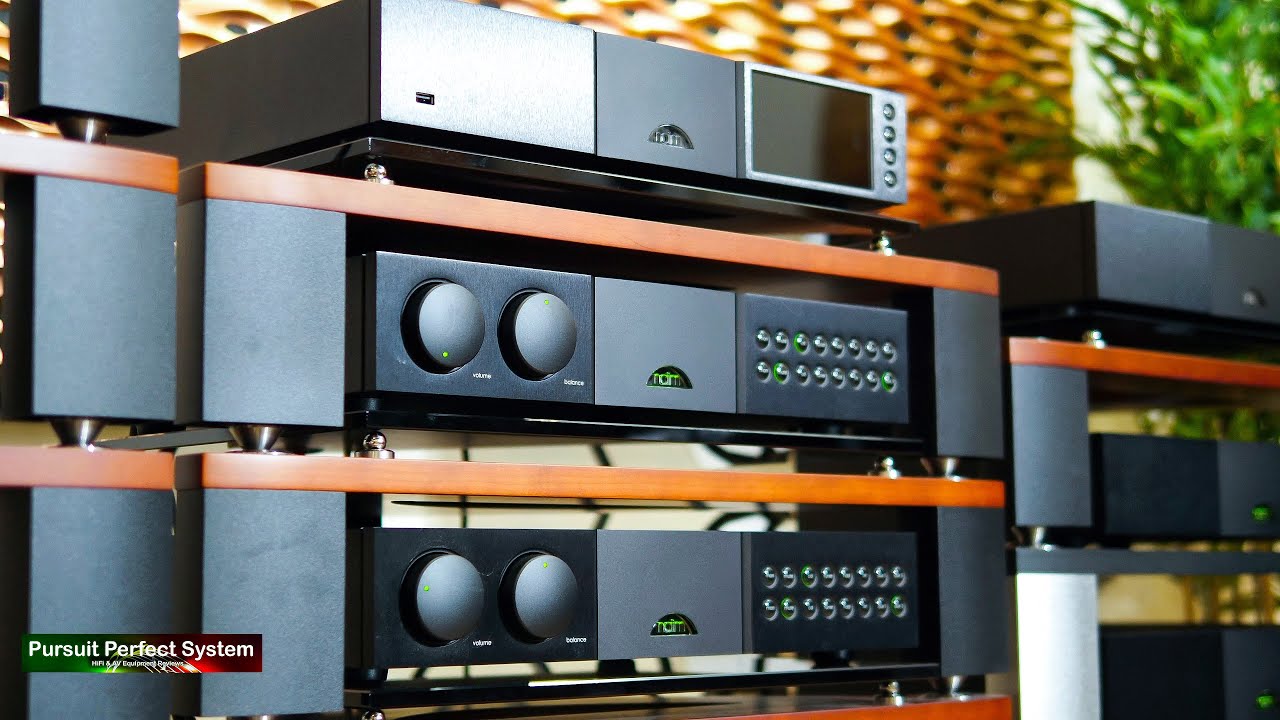 Interesting, can you demo the two?

Personally I’d go for the Hicap-DR option as it will benefit your Rega playback (as well as any other sources) as well as the Naim streamer, unless you rarely use the Rega.

If the Rega is used a lot, I’d be using the money to swap if for a Planar 8. Otherwise, I’d be looking at either a dac for the ND5, or a NDX2. The amplifier is already a step above both sources.

Nice idea, I get the feeling the OP may be mostly using streaming source.

I would not discount a Hicap-DR though.

An NDX2 would lay the groundwork nicely should the OP move to separates, as would a Hicap of course. I’ve an irrational antipathy to the Hugo, probably due to its evangelists promoting it as a cure to everything from streamer inadequacies to the common cold. Unless the headphone functionality is needed, an nDac may be a better solution.

I’ve never tried any of the Hugo options - they look a bit too ‘funky’ for me but appreciate many people love the Chord Electronics stuff.

NDX 2 would be a natural progression.

I think you’ll get a bigger improvement for less cash by adding a DAC to the ND5 than you would by upgrading it to an NDX2. The trouble is that personal taste plays a huge part here, with some people raving about a particular DAC upgrade, perhaps a Naim NDAC or a Chord Hugo, and others saying that it wasn’t a big improvement for them.
The same could be said about putting a Hicap on a Supernait. Some prefer it, others prefer the Supernait without it.
Hopefully you can find a dealer who can demo a few options.

I think you’ll get a bigger improvement for less cash by adding a DAC to the ND5 than you would by upgrading it to an NDX2.

The more comments I see about it the ND5 SX2 sounds as though it “punches well above its weight”, and may well be a sweet spot in the new streamer range.

Perhaps, but in this case I was referring to its abilities as a transport, and in this rôle I found it to be as good as the NDX2. As a standalone player the NDX2 is a fair way ahead to my ears, although whether that’s enough to justify the much higher price is a matter for everyone to judge for themselves.

Perhaps, but in this case I was referring to its abilities as a transport, and in this rôle I found it to be as good as the NDX2. As a standalone player the NDX2 is a fair way ahead to my ears, although whether that’s enough to justify the much higher price is a matter for everyone to judge for themselves.

Use as a transport is a very interesting option though, and perhaps not something considerably bettered by an NDX 2 if at all.

My active olive system was in storage when I got an Atom, replaced due to a fault by a newly arrived Nova at the dealership (no contest A/B).

Early on I demoed Nova vs newly released NDX2 and the NDX 2 was clearly ahead. I waited. Home demoed the NDX 2 vs Nova to the active system much later via their analogue outs and despite the Nova having a variable output and not really designed as a source differences were marginal at best, NDX 2 better but not worth replacing the Nova at that point. NDX 2 with separate PSU would I’m sure have been streets ahead.

The one thing I’d love the Nova to have is an optical out, but it doesn’t and I wouldn’t really expect a standalone product to have one, just a shame I can’t test it as a transport!

Thanks for thoughts so far. To respond to a few responses:

You really must audition if you can. The Chord products aren’t marmite but they definitely have different sonic/musical priorities to Naim.

Why not an Ndac. It will raise the Nd5xs2 at Ndx2 level, but only for 1k.
A lot have done that, like @JimDog , Marcusman….and others.

Thats an interesting comment. Does an Ndac really do that, ndx2 level?

I read that here . So it’s not my invention. A lot of past threads on it exist.
If people say that an Ndac improved very noticeably the Ndxs2, I believe them.
I read once that someone preferred the Ndx2/ Ndac vs Ndx2 bare.

I would say so, yes. It was one of Naim’s suggested upgrades to the NDX as an alternative to adding a PSU.

I own two ND5XS2 one feeding a Nait 2 the other a Chord product, both setups are rewarding and are used daily within the household. As a transport the ND5XS2 is excellent but only your ears can decide.

I ask particularly as I can’t get to listen to a demo and am looking at the possibility of an NDX2. I could get to an ND5xs2 and an Ndac a lot quicker if they sound virtually the same.

I’ve got a few Chord DAC’s namely a Mojo and Hugo 2, I did use the Hugo 2 for a short while when I had an ND5 XS2, mainly as I had all the cables and had the time to tinker rather than it being a longer term system goal.
I was also between a SN2 + HiCap DR and bare SN3 around the same time, so plenty of changes but enough time spent between changes to get a feel of the fit and finish.
The sound presentation of the nDAC vs something like a Hugo 2 / Qutest will be subjective, I’ve lived with both Naim and Chord DAC’s in systems as well as Linn Klimax in my Selekt DSM to know how to appreciate each for what it presents, you really need to try each and determine what your ears lean towards if you have to choose only one.
The nDAC whilst discontinued is a very capable DAC and can be further enhanced with an external PSU whereas the ND5 XS2 cannot.
Ideally, if you can try both and give them a decent window to evaluate that’s the best approach, there’s no right or wrong or “best” answer here, everyones tastes dictate their own preferences ultimately.
I would say when I tried the NDX2 (which is what ended up staying and remains today) it felt like the right pairing with my then new SN3, I spent a short period of time with the HiCap DR in and out of the system and concluded that I was happy to live without it.
In my case, If I was to do anything it would be to add an XPS DR to the NDX2, I instead chose to get new speakers instead!