Did a bit of a system rebuild a week or so ago and since then it sounded a bit off, just a bit thinner and lost some of its grunt. So had another check on the wiring and noted I’d used socket 2 instead of 3 by mistake to my supernait 3. Swapped snaic 4 to socket 3 and all good again. I thought electrically they are the same so why the difference?

Yes sockets 1, 2 & 3 are electrically the same, all are ch1 & ch2 signal & -ve.
Re your question - All I can speculate is the one socket has a poor connection. Its not a lost connection as that would result in one channel lost, it might also be a bad -ve connection.
The problem could be in the socket itself or the HC’s internal wiring.

See the pic …
Sockets 1, 2 & 3 have each channel (ch1 & ch2) linked to each other & also linked to socket 4 which is the signal input (the blue links)
Socket 4 carries both signal & 2x24v power & -ve.
All four sockets have each -ve individually wired back to the ‘star earth’ point (the green links) 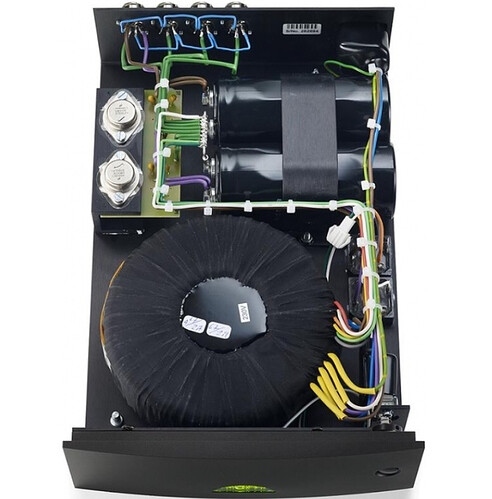 Here is an Olive one: 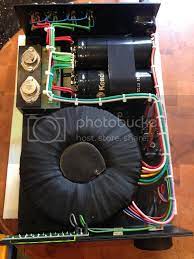 It’s generally advised to use Socket 3 for the Snaic4 as it’s closest to Socket 4 and therefore has the shortest signal path. Additionally, perhaps as Socket 2 hadn’t been used it’s less run in than Socket 3, though that may be a bit far fetched.

I know my knowledge of electronics is limited, some have said none existent.

Try plugging an unplugging in and out of socket two a few times. You may find it improves. The pins and sockets are self cleaning but if you haven’t used that socket before it may just need a few more inserts.

Cheers all! I’ll stick to socket 3 and enjoy the music …

Yes, pre-'93 HICAPs also had a single rail 24V supply in order that they could be used with the early pre-dual-rail NAC12, NAC22, NAC32, and NAC42. In later years many of these HICAPs had the single rail supply removed (re-wired) during a service if it was no longer needed and this improved the dual-rail performance a bit.