Went to the annual hifi show in Greinfensee, near Zurich that was back on after a 2yr absence.
Its an enjoyable experience if you can forget the eye watering prices…. There were 8 systems on show with an average system price of 50K euros.
For a small country it has a lot of expensive brands….most of which I’d never heard of. 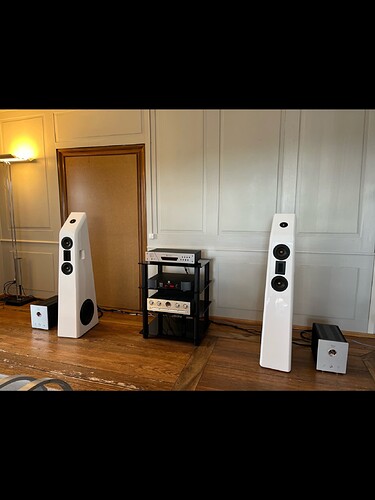 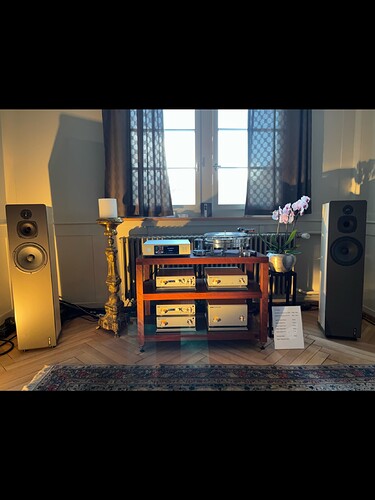 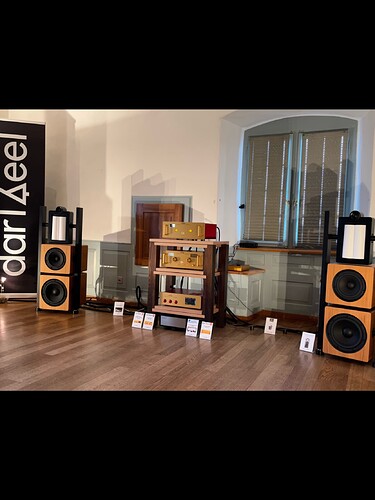 It was the usual music, well recorded jazz and close miked female voices…. 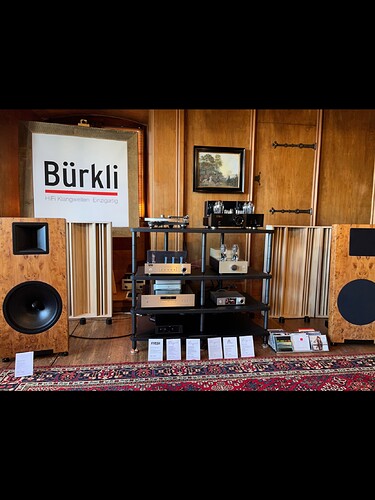 What was the most impressive sounding room?

The most impressive sound was this room, but it should be as when I added up what was switched on, it was more than 100K Euros. The speakers alone were 45K!
Looked amazing though.
They played Nils Lofgren and Pink Floyd.

Their were a couple of active speakers. This one was 35K but it was a huge sound for a small size and all you would need would be a front end and dac.

Best value for money and with a sound almost as good as the 100K system was this active system. Speakers were 25K and the preamp/Dac was 5K. Looks wise a bit disappointing but sound wise very impressive. Their monitor speakers are used in a lot of studios.

Michael Fremer has the Dartzeel electronics you posted above. I have never, unfortunately, heard them. Considered among the best.
Don’t know what are the speakers associated, Audionec maybe ?

Nice venue, the rooms look very elegant.
But I guess when you’re asking those kind of prices it’s important to be more stylish than the usual hotel rooms?
Looks like it would have been an inspiring experience!