The renewal for my house insurance policy includes a new clause, effectively saying that any claim “directly or indirectly by any Pandemic or Epidemic” will be excluded".

This seems pretty wide ranging for a house rebuilding and contents policy - anyone else had such a clause in their renewal policy?

I’m told it is an industry wide clause - it’s a good company as well (NFU) so that may well be correct.

I would definitely try a few others. That sounds so broad that it almost makes the insurance potentially pointless.

I suspect if a claim were genuine and the clause was used inappropriately that it might be deemed unreasonable by an ombudsman.

If it’s a widespread new clause, we have few options other than to be uninsured.

Others will undoubtedly have better experience, but this and linked articles may be worth reading: 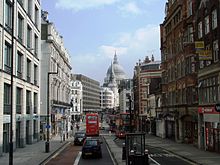 Unfair terms in English contract law are regulated under three major pieces of legislation, compliance with which is enforced by the Office of Fair Trading. The Unfair Contract Terms Act 1977 is the first main Act, which covers some contracts that have exclusion and limitation clauses. For example, it will not extend to cover contracts which are mentioned in Schedule I, consumer contracts, and international supply contracts. The Unfair Terms in Consumer Contracts Regulations 1999 partially lays ...

There are a few things I have signed and considered that clauses might be considered unreasonable. The consumer vs business examples however seem to suggest things are stacked against us mere mortals unless I’ve misread.