Hi all,
With the news that a certain other manufacturer of streaming gear plans to end support for some of it’s kit im just wondering how long i can expect my orginal Muso QB to be supported for, given that it’s now been superseded by a newer model?

Also related to this, does anyone know what CPU/DSP (same thing?) is in my Muso in comparison to the new one?

And also, does anyone know what CPU/DSP was in the original unitiy? I seem to remember it being some kind of ARM chip, was just curious to know as this couldn’t be updated for airplay i seem to recall, without an upgrade, hence i sold it and bought a QB.

I guess it depends what you mean by support. If you want the latest streaming services to be added you will need a current generation streamer. If you mean software support to keep existing functions working, I’m sure Naim will continue to do this where possible within the limits of the hardware that runs it.

By support i mean software updates to fix bugs with existing services and also add new streaming services as and when they become avaiable, assuming the hardware is up to it of course.

if the hardware is capable then i will be disappointed if they are dropped as we are then in the realms of planned obsolescence. Not really sure people are up for upgrading thier audio kit every few years like they upgrade their phone or laptop?

The old streaming platform is nearly as old as the very first iPhone. It was developed for streaming from local NAS storage, and Tidal, Spotify, Chromecast, Roon etc. did not exist. Complaining that they won’t support new features as they emerge would be like complaining to Apple that the apps you run on an iPhone X won’t run on a 1st gen model. At least Naim will still service an original NDX or Uniti and keep it running.

The old streaming platform is nearly as old as the very first iPhone.

So are Spotify and Qobuz 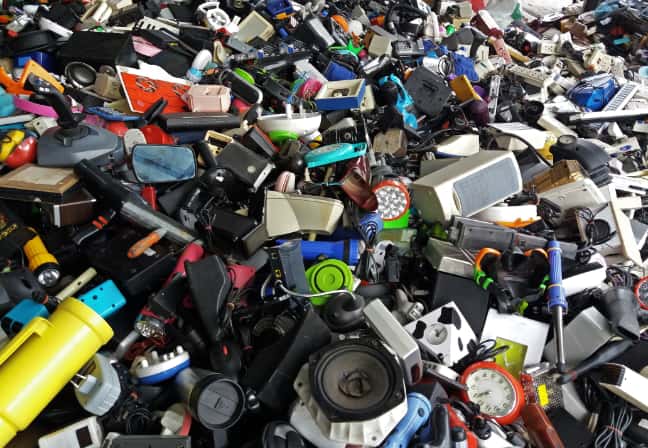 Remember that Sonos speaker you bought a few years back that works perfectly?...

On the other hand, 1st gen Muso is still the “current” Muso in some territories without even a release date for Muso 2nd gen.

So although they may be severely limited by the underlying platform, I would hope as a “current” product still in many places, it’s still fully eligible for maintenance releases.

On the thread titled ‘Qobuz’ I posted a fairly length post that hopefully covers your concerns.

I’m not asking about the “old” streaming platform.

Hi Steve, thanks for your response. That’s exactly the answer i was hoping to hear, in that you’ll at least try and support hardware until it reaches it’s natural limit, rather then just make things obsolete every X years just because $.

I think this kind of attitude will really help Naim stand out from the crowd and encourage loyalty to your brand.

I wasn’t aware the muso qb used the same platform as the old green screen stuff - i had an orginal uniti before the muso qb, and the muso seems far more reliable when streaming stuff, so i had assumed it was using more beefy cpu/ram etc.

if the hardware is capable then i will be disappointed if they are dropped as we are then in the realms of planned obsolescence. Not really sure people are up for upgrading thier audio kit every few years like they upgrade their phone or laptop?

There has to be stage in any devices life where it’s no longer viable for the manufacturer to keep supporting it for new features. The other manufacturer you mentioned is still supporting the products just not any new develpments for it. One of those products is nearly 13 years old , one is just 4. You can’t move your products and eco system forward if your still heavily invested in older tech that can no longer keep up with demands. Non of its going to stop working, just stop growing. Software is the same it’s supported upto a certain level of backwards compatibility then it’s not tenable to do it so a new version comes out.

The Musos and Qbs first gen have reached that stage They will continue to work as they always have but it’s fruitless for Naim to invest in adding new things to to them as they are not capable and they have the more capable version 2 version to move the product through the next year’s of change. Streaming has changed massively since their introduction and Naim like many have been playing catch-up.

You buy a product for what it does at that time, not what it might do later. That’s how I look at anyhow if you get additional things then great, if not then it’s stick with it or move on. That’s why in this fast moving hobby I dont spend silly money so I can sell on and upgrade more often.

When you buy a turntable, arm, cartridge, CD player - any other hifi kit (ignoring whether Muso & Qb are caught by that term) it is fixed for life. Why should a streamer be any different, adding new things? 10 years later, maybe a lot more, it will still do the same as when you bought it. Upgrades for a while adding new services or improvements are a bonus. Bug fixes are different: there should be none, and if any are found the manufacturer should fix ASAP - and one would expect that all bugs (as opposed to refinements) are likely to have been found, reported and fixed within a few months, or not a lot longer.

I think the slight difference is that CD’s and LP’s will not change, where (software based) services might.

As annoying as it is for me to have bought two Qb’s shortly before the new version came out I would understand if new features weren’t added to them. I wouldn’t understand if Naim wouldn’t keep them up to date with the services they were supposed to “support” for the foreseeable future. It’s Tidal/vTuner/Spotify that changed it’s API’s, not Naim wouldn’t cut it for me.

Not the case i’m affraid, planned obsolescence is very much real!

As to your second point, why should a streamer be different - If the hardware is capable and the cost to naim to add the feature is viable, why not keep the updates going? This is what Naim have said they are doing, and it’s a good thing.

why not keep the updates going? This is what Naim have said they are doing, and it’s a good thing.

I didn’t for one moment think they shouldn’t, just pointing out that there is no fundamental obligation for them to do so (unless stated in marketing it that they will)

Oh yeah, sure, they are under no obligation to do this.

Aside from the specifics of the Naim product line, there’s a few general rules I observe or try to follow around “IT” equipment - and the streamer part of Uniti* and Muso* products is essentially “IT stuff”: