How often do you replace your Goretex jacket?

I’m just carefully washing and re-proofing mine in order to get a potential sixth season out of it.

I’m not convinced that it is going to work though, since the the hood and shoulders were leaky most of last winter. The jacket’s history is that it is washed twice a year in the Nikwax Tech Wash, and reproofed once a year in TX Direct. Then tumble dried on warm.

Maybe I am expecting too much. How often do you replace your jacket please?

I only use Paramo now. They’re a bit eccentric with waterproofing that works differently, but condensation isn’t a problem and they go on for ages and can be repaired. Where weight isn’t an issue, I use Barbour cotton.

Personally i use a Barbour coat for real predicted soaking and a Sprayway technical waterproof/windproof fleece for most other occasions. Not sure what brand you are using and for what use……mountain climbing? I could not be bothered to faff about for my everyday use.

Think it depends on use, if its not letting water in, its not letting water out so perspiration will be an issue if exerting yourself. Mine tend to fail around the rucksack straps on the shoulders but generally i prefer to dryout quickly so breathability is more important than out right impermeability. I reproof a couple of times a year and tend to replace every 5 or 6 years for kit warn on hills.

The other good thing about Paramo is that - for a price - they will tailor most items to fit. I’m 6’4” and now have extra long jacket, trousers and gaiters. Just buy what you want at the cheapest outlet available and then you download an online form and send it to them. Takes a while, but if you’re not a ‘standard’ fit, then totally worth it.

It depends on the use and the brand. I don’t know what you put your gear through or what make it is, but my first thoughts are that leaking at 5 seasons is not very good. I use Arctyrex shells with separate layers underneath. My gear has lasted years and still absolutely perfect. I know of someone who’s similar jacket, slightly older, has started to fail at the glued hem, but the Gortex is still perfect.

I really think it’s down to the brand and construction rather than the Gortex material that will dictate how long it will last.

My Marmot shell is at least 15 years old and still works great, seen plenty of trekking and mountain biking use - it has vent zips in the underarms though which make a big difference to breathability, it is still waterproof though…

Less frequently than my underpants (which never seem to last as long as they used to).

Glad you’ve had some sensible replies.

I can’t remember whether tumble-drying is recommended or not after reproofing and can’t check easily right now - might be worth you checking.

I certainly don’t tumble dry after reproofing - just hang it out to dry naturally out of the sun. My North Face jacket is on its sixth season, going strong so far on one proper reproofing per year.

Tumble drying Goretex on low heat is the preferred method, after the jacket has been hung up for excess water to drip off.
Then iron it, on a low temperature with no steam. This might sound odd, but smoothing the surface increases water repellency. This is important for breathability as if the outer layer isn’t smooth it tends to hold water instead of letting it bead off. Then vapour passing through the membrane cannot pass through the wet outer, and breathability is impaired.

I just bought a new Mountain Equipment jacket which is great. My last one was North Face and is 10 years old. The one before is 18. So I average about 9 years. I have tried reproofing etc but it only seems to last a few wears so I just hang them up to dry naturally and leave them alone. We were in the Lakes a few weeks ago and it had plenty of work to do!

I’ve got 2 Rohan jackets probably 10 years old plus a few and still waterproof. Wash in Nikwax every now and then.

Yes, although I think it’s worth washing and reproofing them, they never shed water quite as well as when they are new.

I have a North Face goretex shell it’s probably almost 20 years old. Works fine. Add some layers all good. I’ve got several fleece and a thin down jacket and a Mountain Hardware parka that’s down with a waterproof shell that’s too damn warm to wear unless it’s well below freezing.

One thing to note is that when you wash the garment, you have to make sure there is no residue in the washing machine prior to putting in your Gortex and also it goes through a couple of extra rinsing cycles. Washing liquid destroys the surface repellencey of the garment and so goes against exactly what you’re trying to achieve. This is a bit ocd, but you should actually use washing machine cleaner in the machine before use.

I also really think the length of time a garment lasts and it’s repellency is related to the quality of it in the first place. My Arctyrex pro-shell still repels water almost like the first day I bought it and that was about 6 years ago. My partner’s North Face Gortex layered coat soaked water up on the surface from the first year and was never as good as Arctyrex. She now has Arctyrex shell.

I had a cheapish running jacket which was abused, left in the garage and the Gortex membrane lasted over 20 years before it disintegrated. I used it for gardening.

I think modern jackets last ages, not just the DWR but the closures etc which tend to be what fail. My ?10 yr old RAB eVent tough duty jacket is very tatty but still OK. I also have a lightweight Goretex shell from ‘Patagucci’ which is still as effective as when new after about 4 years, and I expect it to go on a good while. I know people sometimes mock them but I have had some of their clothes/kit for literally decades and they are usually brilliantly designed as well as durable. Worth the cash.

In the end all shell jackets wet out in a full-on wet day and what you layer underneath counts most. The wash-in surface proof products are only so so in my experience, once the original coatings wear off they are never quite as effective.

I borrowed a Paramo jacket once but the weight put me off. Some people rave about them I know.

As an aside a few years ago my wife and I created the ‘Goretex rule’. Basically the likelihood people will come out for a walk in the rain appears to be inversely proportional to the quality of jackets they own. When we were students everyone trudged up hills in terrible sweaty PU cagoules. Now our friends can afford posh Goretex etc they look outside and say ‘lets not bother’.

Arcteryx. Best jackets I’ve ever owned. Just ditched an old one because it wore out and bought one of their top of the line jackets.

Thank you all for your replies. Your comments are noted.

My jacket is a Rab ‘Bergen’. It’s made of Event which I take to be Rab’s Goretex equivalent. I wear it for my photography, especially football, rugby and hockey in winter. It’s slightly oversize and I wear it over a Mountain Equipment Lightline (nearly 40 years old) when it is about 4C and wet.

After wear, it is always put in a bag rather than being slung loose into the boot of car. The shop I bought it from was keen to impress on me that best ‘Goretex’ performance comes from a clean jacket.

Before washing it I wash the soap drawer, then put the empty machine on a rinse cycle.

My understanding is that ideally rain should bead on the outer surface rather than wet it. Hence the use of the cool tumble drier after washing, to crisp up the outer surface slightly, as recommended by Nikwax.

I will see how it goes in the first part of the season. Acteryx seems to be getting a shout. I have liked everything I have ever owned made by Mountain Equipment, including my wonderful Annapurna jacket which I wear without the Bergen, when it is below 4C. I don’t mind paying for decent stuff, though, I tend to gripe about it at the time!

So after all that, your jacket wasn’t Gortex

My first post above thought it was strange that a Gortex product leaks after 5 seasons (unless you literally climb mountains every week).

There’s nothing like a Gortex garment that will always have Gortex’s approval. E-Vent isn’t as tough, not 100% windproof and requires more care in washing. This is from a good source.

Arctyrex make the best jackets by far. Next 2 manufacturers to look at are Mountain Equipment and Patagonia, equally. I choose these 2 for other items, as they make excellent products, but exclusively for a shell jacket, I would stick to Arctyrex. The simplistic design is there for a reason and note that over the past 15 years other manufactures are copying this design, but at the drawback of a less flashy appearance. I would have thought Arctyrex lose sales due to their simple designs, but people who know, know. If you want the best, close you eyes to the price and go for the Pro-Shell.

My personal opinion for a shell jacket is not to go overboard with washing it. For me, twice a year is too much. It’s not directly against your skin and it’s only vapour being let through the membrane. And again, being ocd, you really should wash the washing machine first with washing machine cleaner. At the very least, it should be a full cotton wash at 60c+ and not just a rinse. The beauty of a shell jacket is that you can just wipe the inside down after use with a clean cloth. 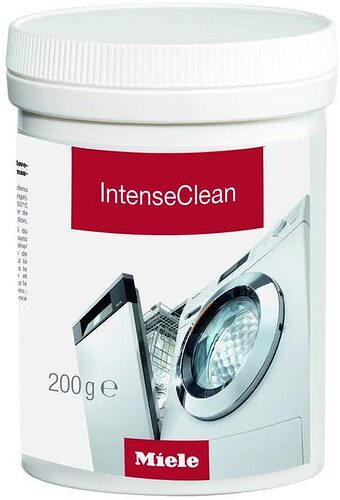 Interesting re eVent. I have had two jackets (one walking, one cycling) of this material and they have performed well but I always feel cooler in them than in an equivalent Goretex shell. I wondered if they were a bit more breathable, but perhaps they are not absolutely windproof?

Made them comfortable when exercising anyway.