How to turn the side button lights off for NDX2

I’ve searched this site but haven’t found an answer. I was on vacation for a period and turned my gear off. When I came home and powered it up, the side button lights remain on. Prior to this, they were off. There are lots of instructions on how to have the display off or on, but not the side buttons. One person said to press the sun icon on the remote, but this doesn’t do it. Any thoughts?

Press the display on/off button on the remote to cycle through the display and button brightness modes. That’s how it works on my NDX2.

Does the remote work ok otherwise ? 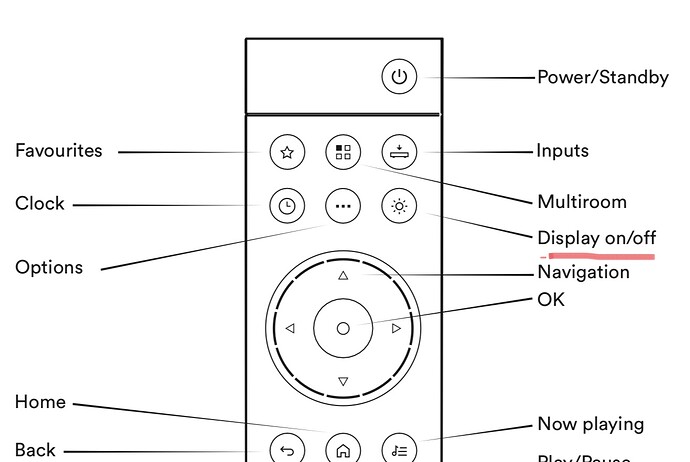 It may be worth noting that the NDX2 button lights cannot be turned off completely, though the lowest brightness setting is very low

I assumed mine were off, but having looked very closely, there is a very faint glow at the lowest setting which in normal light looks like they’re off. I have 3 side button light settings - bright, medium and very faint (off) ?

Thanks for this. My remote works fine, I believe. Perhaps they were set very low before and I thought they were off. Pressing the display on/off button, however, only brings the album picture up. It doesn’t dim the side lights.

I’m not home, but as far as I remember and according to the online help, there are 4 levels

Don’t press the Display button but the Brightness button, I guess

It is animated in the online help:

Works for me, I think, but as mentioned I am currently not home

Yeah the online help mentions logo brightness too which isn’t valid for the NDX2 so there may be some incorrect info there. Unusual for Naim

Here’s mine in dimmest mode 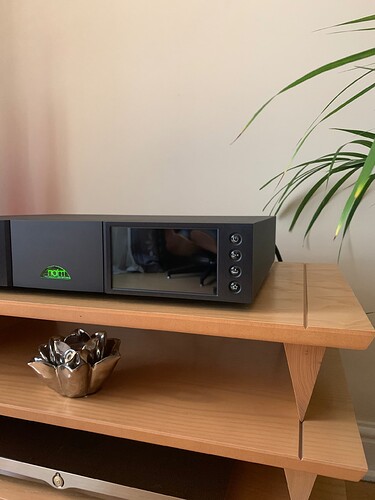 There’s a first time for everything

That’s what mine was like before. I’m not sure how it got that dim for me.

Just press the brightness button repeatedly and it cycles through the levels, just as everyone has said above.

That doesn’t do it. Pressing the “sun” button on the remote brings up the album display but doesn’t dim the buttons. Perhaps the remote has a flaw, or there’s a setting I haven’t made?

I don’t know if anyone else has experienced this, but I have a 282 and NDX2 and the button lights on the NDX2 are quite dim, even at the brightest level, in comparison with the 282.

They mismatch to such an extent that it is quite annoying, & I have them turned both off.

Not sure if it is fixable by my dealer (presumably by surgery), just wondering if anyone else has this same 1st World problem as me, lol.

A single press brings on the display. If you keep repeatedly pressing it do the buttons change brightness ?

The only other thing I can suggest is to try changing the batteries in the remote (my remote started doing strange things when the batteries were low) and try power cycling the NDX2. 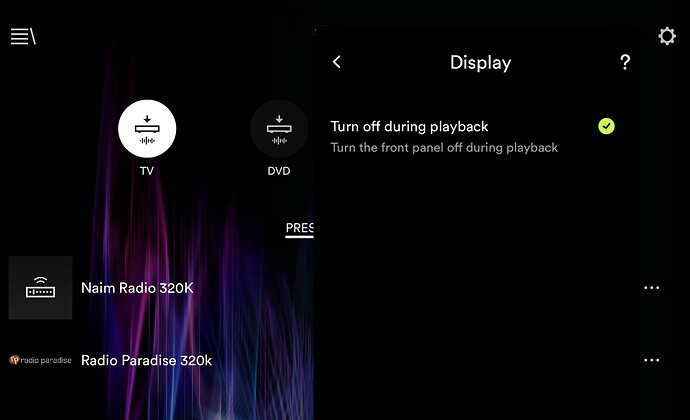 I have 3 side button light settings - bright, medium and very faint (off) ?

Being back home now, 3 levels is what I have as well

Thanks for the ideas, James. No, I changed the batteries and that didn’t do it. And, that’s the only display setting I have on as well. Maybe Richard can help.

I don’t know if anyone else has experienced this, but I have a 282 and NDX2 and the button lights on the NDX2 are quite dim, even at the brightest level, in comparison with the 282.

Very strange. If a power cycle doesn’t sort it then I’m stumped

Ah!! Not just me then! Good to know, cheers

Ah!! Not just me then! Good to know, cheers

If you mean that only the brightest level in the NDX2 is similar to the 252/282 and all others are dimmer, then yes. I think this is how it is meant to be. I don’t really get why it is designed that way but it sounds great