I wanted to try out why posh people are so posh about this posh music.
How do you listen to this? There are quite phases and really loud phases. I don‘t like to listen loudly. But the difference in level is huge. How do you set the volume so that you hear everything but don‘t die. 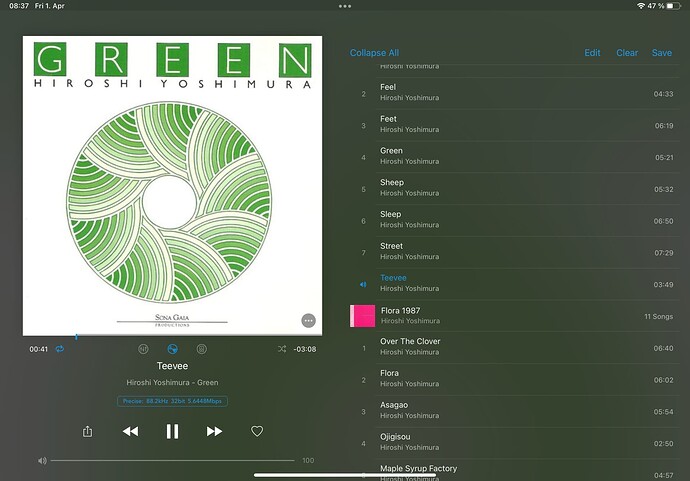 For example. Here are very quite and also loud phases, but at no point I feel like I miss some sounds or am overwhelmed by volume. So what are your tips? I also accept (Just use headphones).

I’m certainly not posh but like to listen to classical music. Listening in the home environment is not the same as a concert hall. With a symphony orchestra with say 100 instruments you could have all 100 playing or just one flute!
I try to set the volume so that the quietest moments are still enjoyable but the loudest parts don’t affect the neighbours but even so I am caught out occasionally and have to turn the volume down or up.
I chose speakers that have a relatively high sensitivity and listened at my dealer’s demo room at low sound levels to see if I could still enjoy the music.
There is such a range in classical music from ‘quiet’ madrigals to Stravinsky! So for many classical pieces setting the volume is easy but for others it is trial and error.
Hope this helps.

yes it does help. I was thinking I am doing something wrong, because have to change the volume from time to time. But if it is not happening only to me than is ok

I grew up in a household largely without music except whatever was playing on the radio. Here in rural Canada at that time, it was most likely to be country music. Classical music began to make inroads with me in university when I started hearing live music with cheap student tickets. Sonically, the experiences were stunning.

Still it took me experimentation to find what I really liked, in my case chamber music, baroque and surprisingly, some of the 20C. compositions.

So do some listening, find an entry point and explore that composer or period, then listen some more.

I’m originally a working class boy from the Black Country so certainly not posh! I’ve listened to Radio 3 since I was 14, it is a good way to hear lots of music. I listen now in the car. You could try Classic FM too. There’s a magazine called Gramophone widely available with a website too. It’s a matter of extending what you listen too. I like some early music and contemporary classical music too including minimalism. Try John Adams ‘A Short Ride in a Fast Machine’ or Steve Reich. One of my first LPs was Bach violin concertos. Depending on where you live you could try a live performance. This can be a magical experience. You don’t have to dress up. Music belongs to everyone. Film music is a way in which many people become familiar with contemporary classical music.

Sit in a quiet room, shut the door and set the volume control for the loud bits (between 9 and 10 o’clock on my SN3) and let the music develop. Try Bolero on this CD - please be patient. 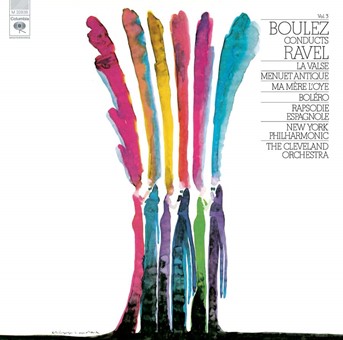 When broadcasting, a lot of classical radio stations apply quite a bit of compression to the signal to get over this problem so people listening on a portable radio could still enjoy it. This has carried over to some extent to their internet radio streams. Try BBC Radio 3, it’s limited to 128mb/s MP3 outside the UK but still very listenable on anything from Naim’s top streamer to a MuSo QB, though a higher resolution would be nice. You’ll get a wide range of classical music, not jut the popular end of things, though there is a bit of jazz and some more modern stuff creeping in in the late evening and weekends.

For quieter music try Erik Satie’s Gymnopedie. You will find that different pianists have different speeds of playing. And some strike the keys harder in their interpretation than others. There are louder and softer passages, it is trial and error to see what you prefer.

A live classical concert, even chamber music, is surprising loud. I would set the volume control so the loud passages are correct and then the rest falls into place.

I have to say, my first post is slightly exaggerated. I was watching a stupid salesman on youtube talking nonsense (about equipment, not music) and about classical music …. So maybe just got over excited.

For example: He always talked in term of prices. If you get this then you have to spend this much on a phono pre…. Annoying. What triggered me was that a streamer should be 2-3 times as a turntable …. To get same quality …. Sadly my snarky comment on his vid was deleted … whatever.

I managed to find the correct volume. Classical is not my thing. But found the amazing genre called Bop… so I‘ll call it win win

Getting on for 20 years ago I’d decided my 25 year old mission 700s needed replacing, they were already on their second set of bass/mid drivers and they’d been in long enough that the surrounds were starting to perish. A lot of auditioning led me to a pair of Thiel CS1.6s. I placed the order and the dealer suggested I keep the demo pair until mine arrived. One warm summer day I had the top windows open in the bay and a CD of Mahler’s 10th symphony in the Cooke completion as played by the Berlin Philharmonic under Rattle. This disc has a wide dynamic range and, with the windows open, some building work nearby was making the quiet bits hard to hear, so I turned it up. When it got to a fairly sustained loud passage this proved too much for my Rega Maia amp, the sound from the speakers seemed to sparkle and jump out at me as, I presume, the amp drained its ps and started clipping but as the speaker’s toughest current demand was at 5kH the result was quite piercing. The speakers seemed OK afterwards but I do wonder if whoever bought them ex demo quite got the bargain they were expecting. I avoided turning my own pair up that loud until I replaced the Maia with a NAP 250-2 which just took it in its stride.

Whilst some classical venues attract a decidedly “posh” audience — Covent Garden and Glyndebourne come to mind in the U.K., I think that is far from universal. For example, I would not say the young promenaders at the Proms concerts could be so described.

And, Olivier Messiaen wrote his Quartet for the End of Time whilst in a Nazi POW camp using the players and instruments to hand at the time. The audience at the first performance included several hundred prisoners. Hardly posh I would have thought.

Setting a suitable volume so quiet passages are audible without deafening the neighbours in loud ones has long been a tricky problem. Though I think this is mainly a problem with some orchestral music, particularly late romantic and twentieth century stuff, rather than all classical music.

I’ve often had the same experience as @Yeti, where an apparently suitable initial volume led to excessively loud climaxes, but fortunately never to the extent of possibly damaging speakers. Having a power amp with lots of headroom is a great help I find. I think some apparent loudness can be due in part to distortion and this may be more likely with a less powerful amp.

One of the most informal concerts we attended as a family was Birmingham Contemporary Music Group guest conducted by Oliver Knussen in his grey pullover. Before starting he invited all the children to come to the front and lie or sit on the floor. We parents could join them and if we wished walk about or stretch during the performance which we were assured would contain some strange noises. The concert was great. A year or so later Knussen was awarded an Hon Doc by Birmingham Conservatoire and gave a speech at the Arts Faculty award ceremony. He apologised that he meant no disrespect to th graduates, but it appears that he had left his suit behind in Suffolk, so wore the academic gown over his pullover. The gave me a chuckle as I could see that he disliked the formal clothes which were usual in performance and on formal occasions. He gave a wonderful warm-hearted address to the assembled graduates, academics and parents. His music can be strange, but he could communicate enthusiasm to non-musicians. 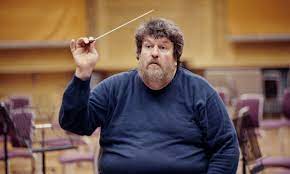 There are quiet moments and loud moments indeed… Because real music has dynamics! 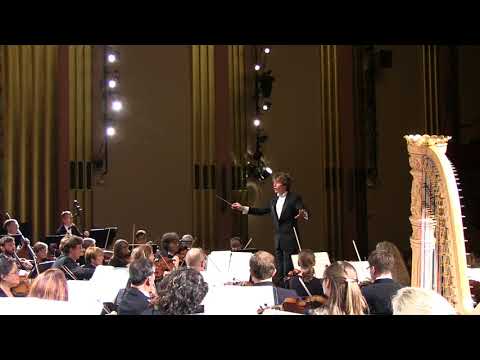 A great guy and sadly missed. Yet another musician who died far too young.

I love the recording of him conducting Britten’s ballet: Prince of the Pagodas. And it’s another piece with a wide dynamic range!

Thanks Roger. I’ll seek this recording out. I’ll always remember his concert and so do my now young adult children. We heard ‘Where the Wild Things Are’ I guess. He was awarded many honours but appeared totally unstuffy. Derek