I did it. Upgraded

So i ended up getting a Unity Star before finding out the verdict on my CD3 Unit (off for repairs). It’s hooked up to my Linn Basik TT and paired with some Neat Iota Xplorers. Sounds fantastic. I’m going to keep my older gear (Nait3 and CD3) for a little while before rehoming. I was going to repurpose them in the living room but went with a Mu-So. 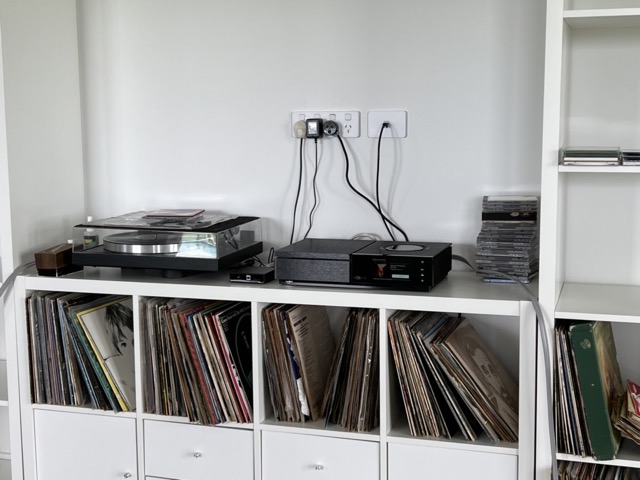 Looking great!
Am I correct in thinking you’re in Australia or New Zealand?

I am thankfully. We might have just been flooded, we might have a particularly insensitive Prime Minister, but overall…

So I know what you mean!!

Yes. The Mu-So is a super flexible solution although it has some compromise as expected. It is very directional and It’s not reproducing TV audio (working as a sound bar) as well as I’d hoped. …On at least one occasion it has become unresponsive and needed power cycling. But overall: great value for money and works so well with the Star that’s in the adjacent room. If I were young again and living in an apartment it’d be all I’d need.

Just to show how flexible it can be, I’ve had good results running a NAT05 into it via the aux, also CD player via the optical.

I think its a great value proposition (at the old price) once you do the research into what you’d need to outlay to get the same functionally and sound quality.

What are you using as a phono stage?

Enjoy! I have my Star paired with an RP3 via Rega Phono amp and driving my beloved SBL’s.
Cracking piece of kit👍

REGA fono, was recommended by the dealer. I’m happy with it. I only have a Linn Basik and a lot of my vinyl is original. I’m in my 50s.

Hi Carmoda
I have had a Unit Star for around 2 years, in fact I have had 3 Uniti Stars. Are you using your Star to rip CDs to an attached external drive? I have found ongoing problems with audio gaps on ripped files. Maybe one or two tracks are effected on a CD but not every CD is effected (there is discussion elsewhere in the forums on problems with audio gaps and audio dropouts on the Star). Strangely the CDs with audio gaps are not listed as having ripping errors by the Star. I have had my Star replaced 3 times now and each unit has the same problem. After exhaustive efforts with my Naim dealer to locate the cause of the problem Naim have now acknowledged this is a problem with the Uniti Star. The Naim support desk recently replied to an email from me saying that they have prioritised the problem and hope for a software fix soon. Did your Naim dealer know of this issue, did they advise you of this problem?

My dealer did not mention this issue, and yes I am ripping to an external drive in FLAC. I might have noticed a few tracks doing this, but its not excessive. What I have encountered is both the Star and the Mu-So failing to respond and needing power cycling.

I had similar issues but resolved them by using Ethernet connection to the router rather than Wi-Fi. Are you using Wi-Fi ?

Yes. Gigabit for media and routers. Really no choice because of the design of the house.

How do you like the Neat Explorer with the Star?

It is very directional and It’s not reproducing TV audio (working as a sound bar) as well as I’d hoped.

Just based on its footprint I’d expect it to be too point-sourcy for a tv soundbar.

the Xplorers sound incredible. They seem to be a great match for the power of the Star and they work well in the room albeit a bit too bright. I can’t be too judgemental as the room has yet to be filled (its a library and music room) with books and furniture.

yes. and i knew that. it’s working as a sound system for the kitchen and helping throw music out to the pool area. It has a lot of jobs to do, and it seems to be doing them well. I just imagine how much of a waiting list would be on these things if it had an apple logo on it.

So I did notice a couple of tracks were affected. But really very few. I’d be interested to know what type of storage you’re using. I’d be very interested to see whether this problem is located with a really good NAS. I am using a WD 2TB SSD drive. I listened to 5 albums yesterday and found only one track with a maybe half second drop out.