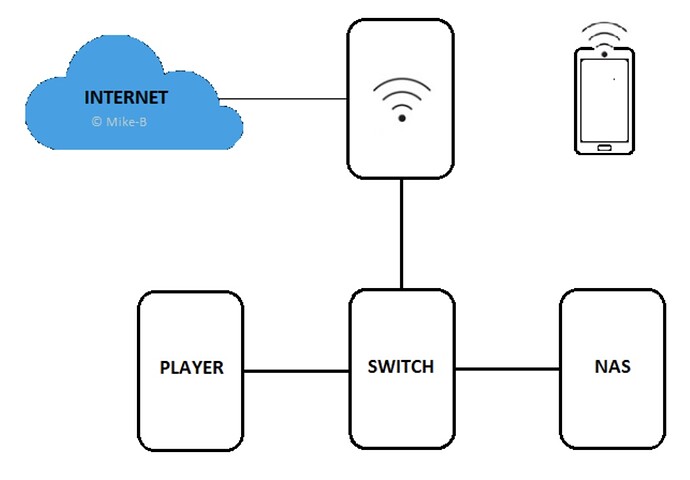 In the diagram above courtesy of @Mike-B I wonder if someone would kindly identify which components are ‘Source’. I understand the switch-to-streamer means the switch is the source, but what about the router-to-switch and NAS-to-switch? I ask as I’ve a couple of spare Chord C-stream cables which are allegedly ‘directional’ (I know, I know) so thought I’d try the full loom as they say.

Router & NAS can both be classified as ‘source’ in this context.

Thanks very much. That was my hunch but as a digital ignoramus I’d rather have the correct info.

Hi Graham, unless Chord have the screen connected at one end only, meaning there is some electrical logic in claiming it’s ‘directional’ , if not IMO I suspect it’s just a bit of marketing BS

Yes indeed on both counts. As I was using the C-Stream on the last leg and had spares I’ve just cabled the router and nas now with C-Stream, configured as Mike suggested.

Hence the “I know, I know” in brackets Mike…Using all three in the chain is sounding very nice though.

Mike - Doesn’t appear to be anything special here. Both ends are connected via the shield.

@GraemeH - If you’ve added C stream between all your Network components ahead of the ND555, it may be worth trying one of your BJC cables in for the final run to the ND555.

I did try this and prefer the C-Stream James. Using all three C-Stream I sense things are a bit quicker, the overall presentation a bit more nimble and engaging. The BJC 6a a tad blowsy…if that makes sense. This is also in preference to the 2xBJC6a and Chord Epic I used until Christmas.

Probably all in the mind, mind.

Many variables, so if that combination is what works best for you, then all is good

'morning Graeme, I was wondering how you got on with the width of the C-Stream plugs, I ask simply because a mate has them, he bought a pair to go between NAS & Linn & found they were too wide to fit alongside each other, that surprised me ( & him)
He ended up changing the switch from 5 port to 8 port. 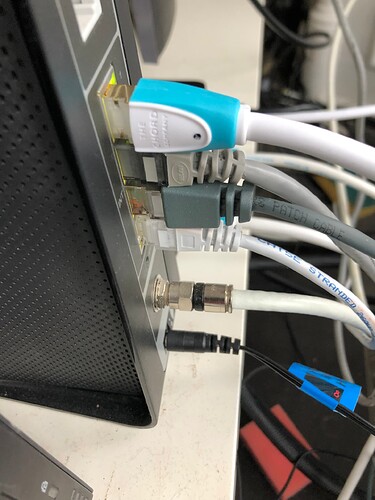 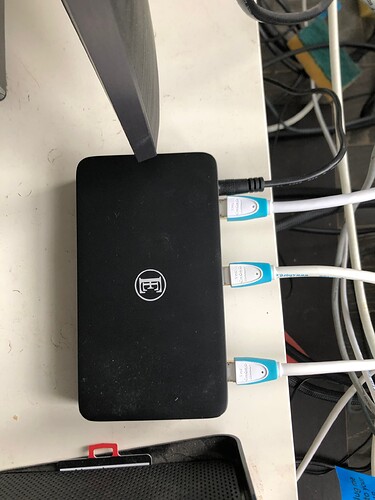 This is my configuration Mike. I just tried adjacent sockets on the EE8 for you and they fit fine. Not much room to spare but it works!

Hi again, hmm, maybe I got this wrong, maybe his switch was the problem, I think it was a Netgear 105 & its ports are a bit crammed in. He has a Cisco Catalyst now, but with more ports.
Thanks for the reply anyway

I just checked mine and it’s a bit too tight with the C stream. The plugs just seem a bit too bulky to fit side by side, not only on the EE8 but on most standard switches too. 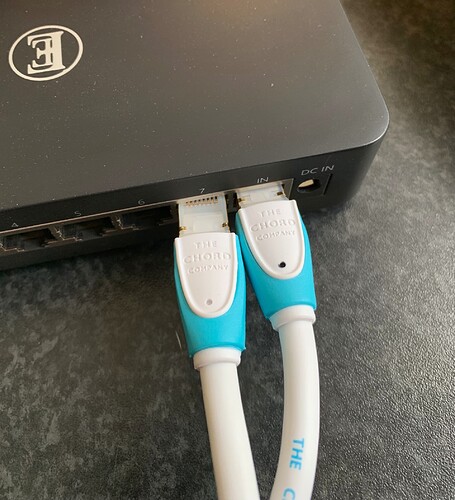 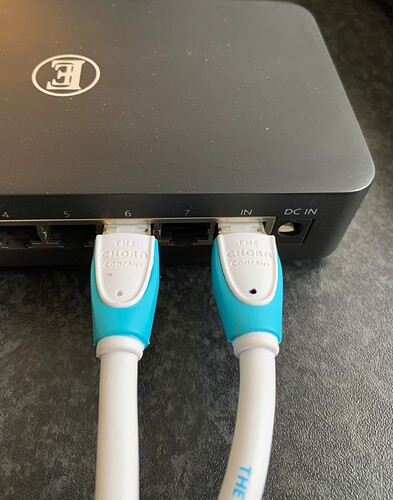 Do both the cables and the switch come from the same company?
If so that’s a bit of a compatibility issue!

Indeed, but it seems just that the C stream plugs are slightly too wide to be used comfortably on adjacent ports - way too tight so I didn’t try to make it fit. 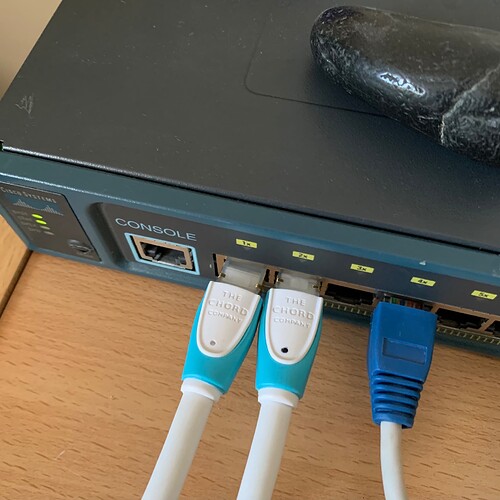 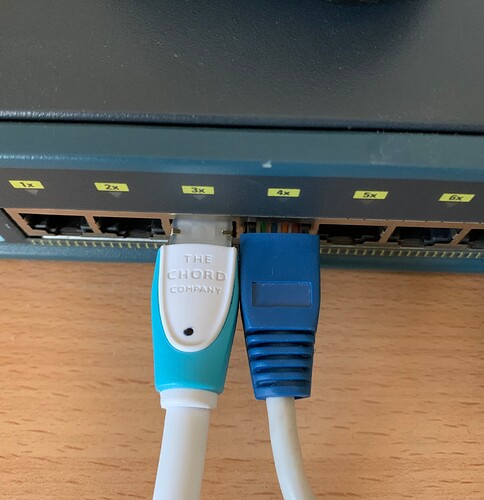 Ahh !!! thanks James, that does look to be the problem that I had in mind.
Considering most switch ports do seem to have the same/similar spacing, maybe using the same multi port sub assys. maybe a port spacing standard, then Chord have a design defect with the C-Stream, & it looks the same with their Shawline. 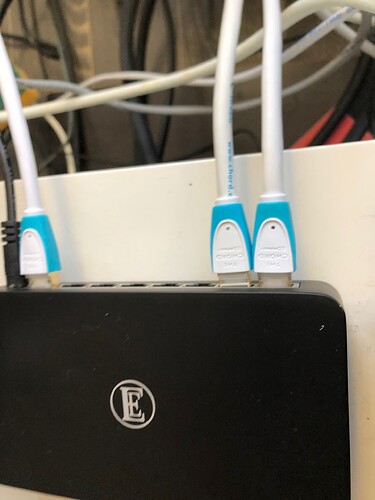 So it doesn’t fit then…?

Shouldn’t the black dot be on the source rather than the ‘IN’ socket?