If you only had 1 track to play…

So if you only have 1 track to play for a non audiophile friend that has never heard a high end system before what would it be and why?

Less about your own personal tastes/demonstration but more about getting them to understand why you spend so much money on the sound of music and maybe convince them to do the same.

If I had a non-audiophile friend who has never heard a high end system before, and I possibly have some, I would explain to him/her why I don’t spend so much money anymore on the sound of a high end system and why it is so important that he/she continues listening to music instead of systems. I’d apologize for having been such an a**hole for years and having spent money on stupid toys; I’d probably would feel ashamed for having wasted important sums on a debatable pastime instead of giving precious money to charity or socially useful enterprises.
In the end, if I could ascertain that he, or she, has never heard meaningful music in spite of not having been spoiled by the absurd HiEnd disease, I’d be happy to be helpful and would play to him - or her - Penny Lane.

On your transistor radio with an earpiece? ( The first time I heard it)

If friends come round I play them music we would both enjoy. I don’t worry about impressing them with my system. People drift into wanting better quality systems. For me, it was never about the system, it was about enjoying the music I like more. On the rare occasion, they are impressed with my system and ask about it I would usually suggest we play something they know well, sometimes they are impressed, others I think they just think I am crazy.

The only time I listen to my system is when I make a change, so less than 1%, the rest of the time I listen to music I enjoy and don’t think about the system and would likely tell them this if they asked. Also, I would not call myself an audiophile, more a music lover who is fortunate enough to be able to afford a good to me sounding system.

Interesting. Does anyone listen to their system unless they make a change? and even then?

I really don’t ever hear the system unless there is an additional non musical sound developing, a buzz or hiss., and I move on a daily basis between at least two rooms with different set ups.

That’s very good music Max. The trumpet solo in penny lane is absolutely fantastic. Its near impossible to reach that high last note.

This seems to be a very similar theme to the current thread Hi Fi Demo discs, though your intent is clearer! It is difficult because it is so subjective, and to use only one track is so limiting. It would have to be music the other person would appreciate, which would be an impossible task if their taste were to be different from mine…. Also, to demonstrate why I think my system justifies its cost would require playing a range of music showing how it does them all well, and I can’t think of a track that comes anywhere near covering all in one. So I’d probably just pick I think they’d like that has reasonable recording quality. If I were to choosing from one of the Peer Gynt albums I just mentioned on the other thread, there’s a good chance I’d go for I Dovregubbins Hall (In the hall of the mountain king).

I would be devastated.

What I did on my system with a friend that does share the passion, but chose a different path:

The differences were big enough for a sensible discussion.

I would ask them their favourite tracks and play those. 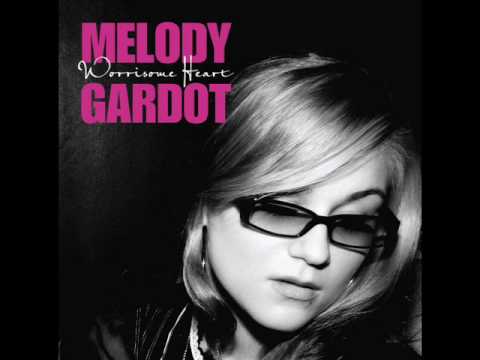 Not her finest as this was early on in her career, but this is an awesome recording.
Pretty and accessible, you don’t need golden ears to instantly hear great music.
The way this song is delivered really pulls the listener in.

Some people are just not "tuned " into music and whatever you play them does not bring any emotional response. Its nice when it does. Does that sound snobbish: I hope not and its not meant to be?
I have had comments from “nice tone” and then just start talking over the music to “that’s like being there”.
A lot of people expect you do an 1812: sometimes a more subtle piece can have more impact.
In a domestic situation a small group (classical/pop/jazz) can be easier to reproduce than a large orchestra flat out.
As music is so subjective: all the way from Tkomas Tallis to modern heavey rock.

I have zero friends who are into HiFi but almost all of my friends are into music. Music is probably the main part of almost all of my friends lives actually. If they are round then we listen to music, sometimes they go home and buy the music if they don’t own it. Thats a pretty good result I guess. Sometimes we listen to different masters/releases and compare BUT from a music standpoint. The HiFi is only the tool to present said music in this instance. Being honest I think my friends would value the improvement in payback of their favourite music on my system vs how they normally listen at less than a MuSo QB! They can hear the difference and enjoy it while we listen but they would probably be horrified if they knew the cost

I keep going back to Man In The Long Black Coat from Dylan’s 1989 album Oh Mercy. Classic Dylan introspective songs, What Was It You Wanted, etc.

Musically though, the production (Daniel Lanois take a bow) is stunning. The bass is clean and powerful. The voice gutteral and raspy. The acoustic guitar notes sting. The harmonica cuts through and floats across the top. It’s a fantastic track and dismisses any preconceived notion that vinyl replay can be lethargic or muddy.

I don’t have any friends. I also don’t listen much anymore.

That’s pretty sad, are you ok?