I'm beginning to think it's me

You’re not alone, there’s more of us out there! We get called eccentric or different but it’s just trusting instinct to be individual.

As Peter Sagan (T de F winning cyclist) said ‘they laugh at me because I’m different , but I laugh at them because they’re all the same’.

Another Saab fan here - mine was a late 1980s 9000 turbo (full, not the late LPT). Mechanically wonderful, and I liked its understated looks. I removed the turbo badge so as not to advertise what it was. As a hatchback, with sunroof, it was very versatile, as well as huge fun to drive! I kept it from 110k miles to 230k or so, and the only reason for deciding to let it go was rust around the sunroof, that I decided was beyond my skills to do a good job and had quite a high quote for fixing. I came to regret that, as it was probably still good for another 100k miles so having the rust done properly would have been worth it!

My best car before that was my first Audi, a 100S coupe from early 1970s. A handsome car, with an interior defying its appearance - unlike the Ford Capri around at the time, the common coupe beloved by many, the 100S could comfortably fit three fully grown adults in the back, and had a big boot - yet was about the same size externally - and it was quicker than the 2.0S Capri despite a smaller (1.9L) engine. And something that to me added greatly to its appeal, is that there were only a few hundred in Britain -I hate having the same as everyone else, and that does not just apply to cars.

I’ve experienced the “It must be me” feeling with a number of consumer products, a good example being aftershave - it takes ages and a lot of effort to find one I like, disliking most (leaving numerous perfumeries and airport duty free shops reeking of a mixture of things I’ve tried on different bits of exposed skin, only to reject), then as soon as I do find the one and start buying repeat supplies, they discontinue it and I have to start all over again! I’m convinced they monitor my purchases and pull the product as soon as they realise I like it. There is of course logic to that: I hate fashion and most of the time avoid buying things because they’re in fashion (likewise things I’ve seen advertised on TV), so to a manufacturer it is clear that if I like something it is not fashionable!

Great to hear you are another Saab lover! The 9000 was a hugely impressive car for its time, I recall in the mid 80’s a mate’s father had one and we all regarded it with a certain reverence! I recall it being huge but probably only in comparison to the Datsun’s and Cortinas the rest of us were being driven around in.

I take your point on perfumes too - I’m a lot like you and have loved Armani eau pour homme for 30+ years but that too has been getting harder and harder to find anywhere.

They’re out to get us… lol

I hate having the same as everyone else

And this “rule’ also seems to apply to your choice of Hifi on this very forum. Good for you!

The F5 was the biggest and best change in Nikon’s body history. Class camera. I eventually sold mine along with an FM2. The FM2 was absolutely mint as it was bought as a back up camera and virtually unused. Hope the buyer appreciated what he bought and looked after it.

Sagan has won multiple stages, and green jerseys but never the GC at the T de F…

I’m another Saab lover, starting with a 99, a 900 saloon, 900 hatchback, GM 900 hatchback, 9-3 estate. The one I liked best was the original style pre GM 900 hatchback, but unfortunately it rusted away badly underneath. It’s a shame that Saab couldn’t survive. My understanding is that they originally had a good customer base in rural areas in the UK, but that they then started going for the executive market. If that’s true then I think they fell between stools. Then I think motoring journalists were too caught up with Mercedes, BMW and Audi to give Saab cars their due. There was of course the Top Gear programme showing how robust the cars were but unfortunately it came after the company had gone bust.

Dear Jonathan, no it’s not just you.
Looking for quality firmly rooted in past experience while keeping an open eye for new developments and always appreciating the tangible, the solid, the pretty. Smart basic engineering over marketing-driven gadgetry always wins for those, while the masses chase gimmicks, forgetting what it’s all about.
On photography, I went from 1980’s Nikon FM with great glass-based lenses, now perfectly happy with iphone SE20.
On bicycles, started with Koga Miyata with Shimano dura-ace, basically still happy with some lightweight metal successors.
On audio, never crazy about murky Quad and slightly soft Naim etc, but loved! UK based Michell Gyrodec (now after its third rebuilt) and often US/in your face superb soundstage amplification, Dynaco and later Audio Research. Selfmade speakers to Elipson mathematics. Some vintage Luxman and always a Thorens here or there.
I was (blissfully?) unaware of digital, ok a JVC XLZ1010 (abso!ute sound recommendation), later something chinese with Meridian D/A. Someone handed me the Naim digital NDX2, Rega Apollo builtin radio and off to digital! Nice, but still nice warm LPs as basis.
Still, as being used to complex analog setups, passive preamp and active filter at 120Hz 24dB/oct by Marchand, heavy Dynaco for transmission line with Dynaudio and active speakers by Genelec.
Nice group here and lovely comments.
Greets from Amsterdam

… and don’t get me started on cars…

Pic created in a nod to their David Bailey ad… 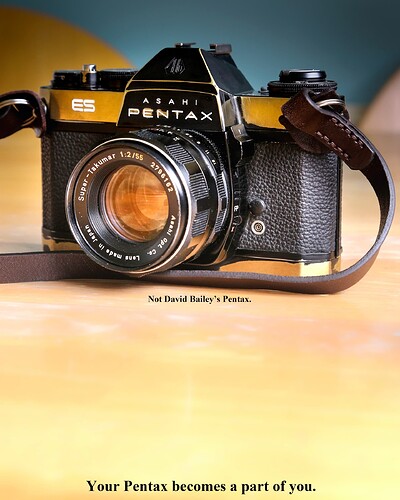 Bikes: I could never afford a 531 frame. My dad bought me a steel Falcon bike and over time I upgraded every single component on the bike, except the frame and headset. I think I had one of the very first 7 speed blocks that came out in about 1983.

Cameras: In 2005 I went down the (somewhat left-field) Olympus 4/3s. Not so great in low light but I have always loved the build, weatherproofing, self cleaning sensor (from the first model) and (obv) the more compact body and lenses. Got an E-M1 mkIII now and some decent glass and it’s good enough for me.

Cars: I went down the other Swedish turbo route and have a 19 year old Volvo V70 T5 estate/wagon that I have owned for 16 years that has 178K miles on the clock (and original turbo). Still quick enough and comical fuel consumption. Will keep it until something expensive goes bang.

Hifi: and of course some Naim gear (SN3 and nDAC both with non-Naim PS’s)

In a vain attempt to out-oddball the lot of you, I used to own Moulton bikes…

Absolutely gorgeous Pentax ES and a fantastic poster!! Check out “We’ll take Manhattan” for a great movie about Bailey shooting Shrimpton in New York with an ES… 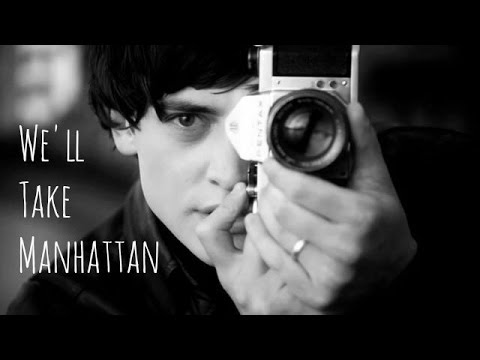 I think I fell in love with karen Gillan watching that movie, it’s just a shame she’ll never know!

As in own the company? Or just lots of their bikes (folding IIRC?)

Just lots of their bikes - both original and later folding.

Had a 91 J plate Saab 9000i. Without doubt the worst car I have ever owned. Wanted it to be a big 900. ( the 900 was actually an inch longer). Perhaps it was the rough 130bhp engine, with its timing chain rather than a quieter belt. Yes, it had a huge boot, but with that engine it was underpowered, rough and thirsty. The dealers in the mid 90s were not good where I lived ( Hampshire, then Suffolk, then Kent)
Then there was the gearbox. 5th gear would fail. Can’t remember exactly what went on, but you were left without 5th gear? Or no gears at all. Tried 4 gearboxes before I was happy. A well known fault at the time.
Went back to VW after my go with Saab.