Importance of DAC versus streaming transport

There probably is, but it will be around the stability of the sender’s transport clock, perhaps time variation . On a spectrum Analyzer one could see some of the sidebands around the fundamental (and its harmonics) from the frequency modulation caused by noise.

A paper on clocking stability and its characterisation associated with transport streams. (Telecommunications, but most of the same principles apply with SPDIF I would say.)

Yep. If the Naim streamer didn’t duplicate DAC’s with my V1 that would have been the way to go initially for sure. That said, the opticalRendu was big leap forward from the micro 1.4 and I got a Roon lite model demo model for a great price. Lots of ways to steam, that’s for sure.

Thanks @Simon-in-Suffolk , but unfortunately that’s beyond my understanding. I guess I was hoping for something simple like a “Transport Clock Jitter Factor” value of 1-100. Appreciate the thought though, and I’m sure someone here will understand that.

There is no ‘factor’ that I aware of, but there are standardised ways of measuring jitter, which give a statistical measure of deviation

How to Measure Jitter « Microsemi

I don’t know what all the trouble everyone’s having I have a Sonos port connected to a chrome bumper and I don’t have any problems streaming from Amazon or any of the others.

Running a dCS Network Bridge into my 272 was a waste of time for me.

Then there is the important cables between the transport and DAC. I have just ordered a pair of Wave Storm BNC cables to go between my Mscaler and TT2. These are supposed to eliminate all the RFI noise between the two components. Some people use battery packs in place of power supplies, but I don’t want to mess around with those. The problem (for me) with the Naim streamers is they all have DACS on-board. If you use a seperate DAC like me (Chord), you are wasting the DAC in the (ND5XS2) for example.
I like the way the Auralic G1/2 and DCS bridge are streamers only, no wasted DAC on-board, if you use a standalone DAC. I have also been eyeballing the Simaudio Mind 2 network player, which has no on-board DAC, is made in Canada, and is half the price of the other two I listed.The dual BNC’s I have coming have 20 solid core ferrites per cable. You can also use them as a single cable, if that is all you need. 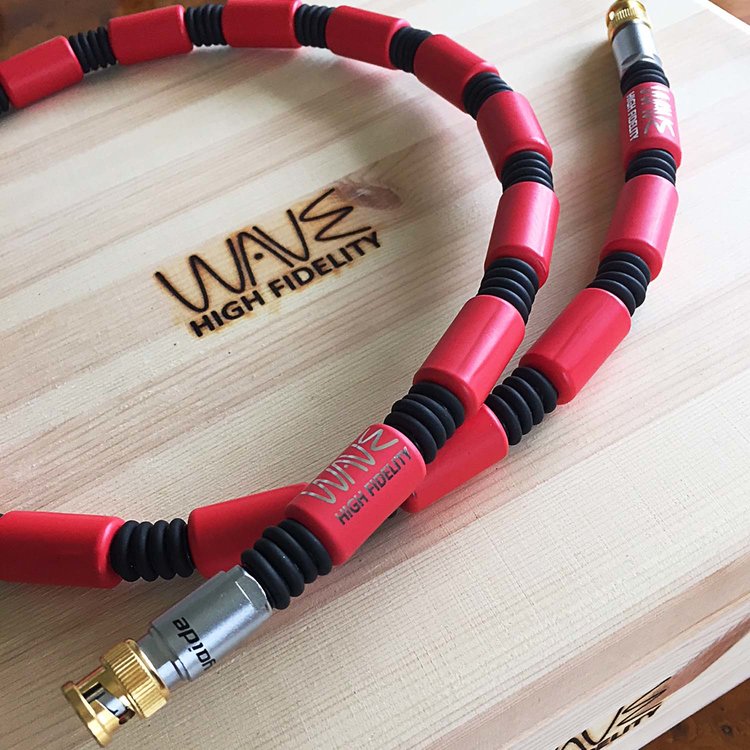 I don’t think anyone is saying there is something wrong, I think the OP is looking to stream HiRes content and from what I understand the Sonos is limited in this respect.

So for me, the DAC is far more important than the streamer as it is downstream from the error correction. Saying that I am moving to a ND5XS as it can handle hi-res and the Sonos Connect can’t. I’m also buying a DC1 BNC-BNC cable as the bitstream feed from the ND5XS streamer will be downstream of the error correction and therefore has to be well-looked after before feeding into my nDAC. Will my nDAc sound better than a bare ND5XS, who knows? But I do love the sound of my nDAC and can never imagine letting it go.

Are Chord DACs more sophisticated than the nDAC, probably, but hey I love the rhythm of Naim.

I very much like the nDAC as well, I haven’t demoed any alternative so far.

Do you mean ND5XS or ND5XS2? In the first case be aware that, as far as I can remember from posts in the old forum, the ND5XS was not considered to be a particularly good transport.

By contrast, many users have reported excellent results with the ND5XS2 as a trasport, for example against the Allo DigiOne Signature, see Nd5xs2 VS DigiOne Signature + nDac and posts by @Analogmusic who has compared the two.

Careful… they definitely don’t and can’t possibly stop all the RFI noise!
What they can do is add resistive impedance to any common mode HF currents flowing across the ground shield of the coax. That is all. Still worthwhile, especially if the connections terminations are causing reflections, or one ground plane has noise compared to true ground with respect to the connecting ground plane… although less significant if galvanically isolated, unless there is HF capacitive coupling across the galvanic isolation. They also help keep down any stray coupled noise, which is why I use ferrite clamps, but in such a circumstance I use a single clamp at one or both ends right by either termination.

Ha Ha , I knew I would word it wrong, and you would correct me Simon, thanks.

I just wouldn’t want anyone to assume they did something they don’t possibly having read some over exuberant advertising,
Ferrite clamps are a common EMC control, but typically at each or one end of the cable.

I think the op has a Sonos connect which does not support hires. The replacement product the Sonos port does. I have both products.

It only supports up to 48/24 natively so not fully hires compatible.

That seems like an odd choice, given that most hires material is released in 24/96 or 24/192. Apart from some (but not all) Qobuz streams, I can’t see it helping many people to access their hires music libraries in any useful way.

Thanks. Good to know. I guess it makes sense otherwise Naim would probably have a separate network bridge/ DAC combo instead of seemingly pulling out of the DAC only market. I’ll have to look for improvements elsewhere then, first off for me will be to try relocate my speakers followed by a bit of Roon room correction whilst waiting for a 272 successor to arrive.