Incompatible Music Tastes In the Home

This struck me recently as a fairly amusing topic. As forumites, it is a given that most of us love music. And I guess the vast majority have wide ranging musical tastes in most genres to some degree. I certainly do.

But it’s not a given that this holds true for other members of the household. And at times, those preferences can lead to some abrasive discussions. Sometimes, with a degree of hilarity. The following is a recent exchange between me and Mrs. FZ. Needless to say, the comic aspect of this has not escaped me. I had just put on the Eagles: Hotel California whilst I was preparing dinner for the family. Two tracks in…

Mrs.FZ: Do you really think this is appropriate for evening listening?
FZ: What do you mean?
Mrs. FZ: Well, I’m trying to relax and you playing thrash metal is not helping.
FZ’s inner monologue: Eagles. Thrash Metal. WTF?
FZ: This is relaxing music. It’s a classic.
Mrs. FZ: This type of hard rock or metal is just not suitable. And do you think it is okay for the kids?
FZ: I repeat, this is relaxing music. It’s a classic. I don’t think you know what hard rock is. Would you prefer some Twisted Sister?
Mrs. FZ: Don’t get smart. Put something nice on.
FZ: Fine. I’ll find you some old fogey granny music!

Mrs. FZ: Oh this is nice. See you do have good music.
FZ (angry): This one is very popular with fogies over 100.
Mrs. FZ: Whatever! Let’s not have any more thrash metal again please.

There was an incident a couple years back where Mrs. FZ vetoed Kate Bush as a “screeching banshee with a weird voice that is like nails on a chalkboard”. The only genres of music I don’t really appreciate are classical and J-POP. Which are of course the only two genres Mrs. FZ will actually choose.

How do other forum members deal with differing/narrower musical tastes that cause friction in the household? Funny exchanges welcome.

No matter what I cannot get my better half to enjoy 90% of my Jazz collection Chet and Diana Krall is ok but Coltrane and Miles is a resounding no!

It’s healthy though as you can’t simply agree on everything.

‘Oh my God what is this you’re playing? Really, you’re actually going to play this’?

My partner doesn’t really express a view on music unless it sounds repetitive (i.e one track indistiguishable from another).

She can be put off by music if it is too gloomy (Anthony & the Johnsons) and she really dislikes the trend for female breathiness who cannot say their Rs.

Other than that, she has never said change that music…

‘Oh my God what is this you’re playing? Really, you’re actually going to play this’?

Sounds like a conversation we have in this household.

Usually appeased by changing the ‘record’ although there have been a few surprises along the lines of “Oh I like this who is it?”

I have some educational materials stashed away. If I’m accused of bad music again, I can pull this gem out to set the definitive bar of bad.

Vinyl was made for this. 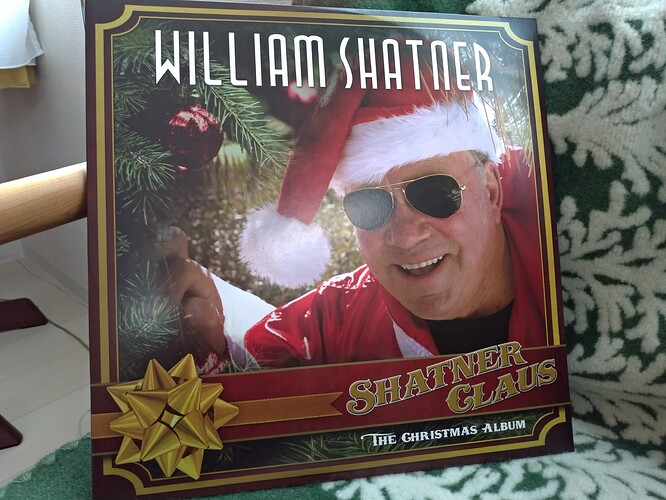 Let me be the first to confess that I have in more than one occasion told my Mrs that I am just trying out a suggestion from fellow forum member here.

Hope she doesn’t find this in the forum…

I would hazard a guess that these pages have unbeknown to us been visited by many Wives/Partners interested in what we get up to on here.

I’m very lucky in that Mrs. G. likes music and encourages me to use my system every evening. Her taste in music haas broadened since we met as I’m the adventurous one with new music. After decades together, I know what she likes, and I know what she really doesn’t want to hear.

At least once a week I will put some music of hers on, even though I might not particularly like it, and this earns me some music points for later on. On the odd occasion that Mrs. G. makes a request, whatever it is gets played. More music points for me. I save reggae and thrash metal for when she is at work.

Not a massive issue here. I will immerse myself in something else like reading if she has music on I’m not especially a fan of. She will leave the room or go to bed if the reverse is true. Occasionally I will be naughty and select something to ensure she moves

That has to be an April fool joke…right

I have limited tastes in music - essentially prog, heavy rock, some blues, and some more folkey things, plus classical and opera. I can’t stand pop, especially modern pop, nor jazz, soul, and dozens of others. I generally dislike the radio, particularly playing pop, the tinny character accentuating the awful noise that is pop.

Of all my 1200 or so albums, other than classical there’s probably only about 20 that she likes.

However, we are fortunate in having two living rooms, so I can retire to the music room and play whatever I like to my heart’s content, and my wife can sit in the other room. I can’t play at ultimate rock volume when we are both in as the sound would penetrate too much, which isn’t fair, but I’m happy enough (for my ears’ sake as well) to limit playing rock at truly realistic levels to odd occasions when she is not in. It works pretty well overall, though I will often go and sit with her watching TV primarily to keep her company (I’d struggle to do that if she had the radio on playing her choice of music).

In my case, my partner forbids prog rock (except King Crimson), stuff like Acid Mothers Temple, Sunn O))) and no classical (esp. choral stuff) either. More traditional jazz is ok, but freer jazz or fusion is not.

That is funny! And I can see where she’s coming from with Kate Bush.

Cara Dillon isn’t really my cup of tea but was one of the last gigs I saw pre-covid (the last was Get The Blessing). I was visiting some friends who live in a village outside of Cardiff. Some years ago an enterprising person converted the former chapel into a venue which has been very successful given that the immediate local population is small. It’s lovely inside with most of the original structure intact. Allthough the first song sounded exactly the same as the last it was the perfect venue for something like this and not a bad evening.

The programming is quite varied and the guitarist Martin Taylor was due to play there recently.

My neighbours are presumably indifferent to my musical tastes - I’ve never had any complaints.

I’m glad to hear I’m not the only one juggling listening habits with a significant other’s disdain for my selection.

Indifference to one’s taste is easy to ignore. Dislike is easy to work around. But at times, ill informed critique is a little harder to swallow. The assertion that Hotel California was thrash metal was, well… I think it’s fair to say that pushed a button. I choked down and suppressed a lot of politically incorrect retorts at that claim.

I feel your pain. This is why it’s important to have some nice

This is why it’s important to have some nice

Ahh I was smart enough to build an endgame headphone system. I got that covered.

Have you? Open-back headphones…

Taste is and has never been an issue in our household. Volume however sometimes is.

I love listening to Pink Floyd, my wife says it’s depressing, she likes The Smiths