Working fine on my Statement and Atom HE, and sounding very nice. It was a relatively quick update.

Incidentally, select Naim Uniti as your server type even if you have an ND555, for example. They may come out with a separate option for different Naim models later.

I believe the roll-out has been phased, so that could be why…

Is this beta or full public release?

It’s on hold, apparently. A couple more things to get sorted.

Got it up and running. Warning be careful from changing the Volume control from the Zen mini to your Streamer on the Innuos app in terms of loudness.

WOW - thanks i was thinking after the last show it would be released, shame they did not use it for the shows.

Also surprised to see Tidal MQA unfolding, I was told after the last beta 4, we would only see the library update.

Houston we have unfolding …
Will feedback have been listening this morning to 3 albums via Qobuz, swapping to Tidal now. 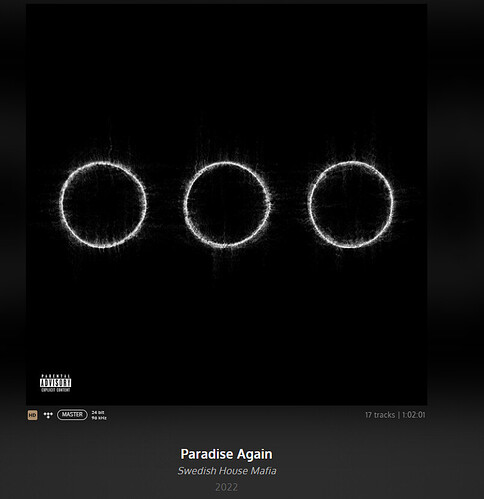 Might be a full public release but deffo V1.0.0 using my UnitiQute II, album, track and volume selection/control iffy and slow, requiring multiple taps on IPad Pro with indeterminate results……

So perhaps not as far to go as I first thought……

thanks Dr_J - ill liekly wait a couple of weeks and give it a go when ive got time off to compare with Roon.

Bug was repeat track had switched on ???
Anyway sorted.

So struggling to decide, discern between Qobuz 24 bit and Tidal Masters.
Dropped from 3 albums to 8 tracks, no clear winner, some Tidal is better, others Qobuz.

On one album Tidal sounded odd, i think, i cant be arsed with this over analysing.
At the moment i would say its negligible if that. 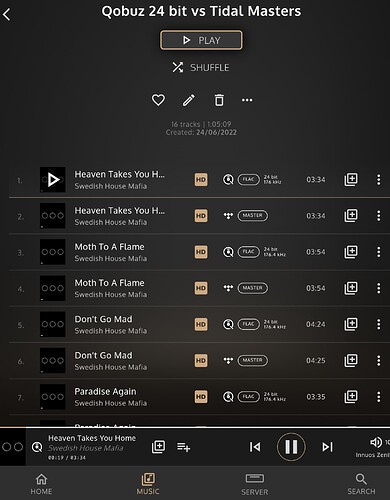 Am I the only one who has problems with my album artwork covers no longer are displayed on the Nova display after Innuos 2.1.0. update? It seems to work with Roon but not with Innuos and Tidal

No you’re not alone. Album info can be tweaked by Innuos to display but not the artwork, at least not for the time being

Are you 100% sure they added the decoder to perform the first unfold. Release notes don’t suggest that. Do you get the sample rate showing on the Nova to verify its decoding ? Another user isn’t getting MQA to work at all to his MQA capable system via Sense via USB or UPnP.

Innuos Support confirmed to me it is the full MQA, my only indicator is the Sense app which always shows the track data, Nova is fed via the Audiophilleo so it does not display any info, it is just passed to the Nova DAC.