Thought i would start this as a new thread as my original Raspberry Pi (Bubble UPnP) vs Zen Mini MK3 (Roon) got derailed and i ended up getting MK2 Zen (better spec and 3 rail LPS).

As before the Zen MK2 is fed from the router with Meicord Opal to the server, but key difference is the Cisco switch is now removed and then SR Atmosphere to the Nova.

Initial cold impressions are way ahead of the Zen Mini MK3/with Cisco 2960 in every respect, except (maybe dynamics) seem less so or maybe a lowering of the noise floor.

Timing, detail and soundstage are major differences, each aspect of the soundstage which is so much more 3D, takes on its own subtle timing and then the extra details (backing singers, micro dynamics), really transforms the experience.

Bass again has been peeled back further to a deeper more textured strands, a bit boomy.

The Zen MK2 power cable i used the same for the Zen Mini MK3 demo, a MCRU Belden with a SR Blue plug fuse.

Only frustration was for some reason i though the IEC inlet was on the left, which mean’t a panic to pull the power block further (this NOW feeds the TV/Sky/Router/Nova), leading to the mother of all cable dressing disasters.

The SR ethernet is 3M, so trying to hide/route the extra 2M, then the power cables cross the NACA5 (power block passes near it), but it still sounds way better.

Roon i am liking, small things like all one app and it remembers where i left off, but i need to decide on Tidal or Qubuz (as running Spotify/Tidal/Qobuz/Roon) is OTT.

I am wondering IF Roon with Tidal DSP tweaks will outdo Qobuz 24bit (which is say 50% of media for me).

So bits are bits, not for me, the smug Raspberry Pi (£40) setup grin has been WIPED off my face, the Innuos Zen Mini and Zen (full width with 3 rail LPS) really transform the setup, truly the GIGO principle.

I found a crate full of old CDs in the garage, looking forward to start ripping to WAV (not FLAC), something i said i would never do, but with 2TB storage, be rude not to.

Oh as for Roon unlike the Zen Mini MK3 home demo it is all default, will be exciting to play around with DSD upscaling, i feel the Zen MK2 will make the upscaling more noticable

I don’t follow the difference in specifications between the Zenminis?
I’ve looked at the Innuos website and it’s not clear to me why you prefer mk 2 over mk 3, unless it’s down to the LPS.

The range from bottom to top is the Zen Mini, then the Zen, then the Zenith these all come in MK2 (now old) or MK3 (latest) guise.

Ok understand thanks Obsydian - I’ve just dropped them a line asking how I could integrate one into my system(s).

Interesting - listening more i’m finding bass wise a big step up, almost as good as in the car

To qualify that, playing HiRes in the car, i find a number of tracks (bass heavy ones) that the bass line hangs there are has its own tune (if that makes sense).

At home the system does not come close to recreating this. 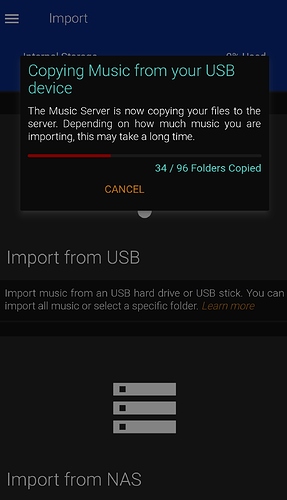 In parallel importing about 54GB from USB.

Odd I seem to be enjoying MQA on a few tracks, i am trying to stay PCM with no DSP until i get a stable baseline.