Hi all,
Recently picked up a CD3.5 from the original owner. I bought it as they don’t come up for sale very often, and, I used to have one and loved it. Third reason is because my CD5i-2 was sent back to Naim service for repairs.

I can’t believe how awesome the CD3.5 sounds. It has so much more drive, punch, dynamics and liveliness than my 5i-2. So much so that I’m considering picking up an integrated to mate with it and wanted to ask you guys for some recommendations.

The best match I ever had was with a Creek 4330SE. The 4330SE’s punch and laid back mids blended perfectly with the 3.5’s full, forward-sounding character. This SE model is rather scarce these days and was looking for some other options that have similar sound characteristics?

My speakers are Vandersteen 2C’s and my room size is roughly 12x12. The Vandys can be described as a smooth, laidback full-range speaker with low bass response. The 3.5’s do an excellent job at waking them up. However, my current integrated (Simaudio I-5080) may be a little too much with the 3.5. I had heard a Rega Brio-r once and I recall it having laidback mids and a nice warm sound. Perhaps too polite as it reminded me of the 4330SE, but wasn’t as punchy. I’m wondering then if maybe the Elex-r would be an option? Other recommendations?

Cabling would be the next thing. I recently purchased a used Naim (Chord Chrysalis) DIN to RCA cable for the 3.5. Current speaker cabling is Mogami 3082. I was thinking of Chord Clearway, WitchHat N2 or NACA5?

The obvious choice is the Nait 3 or 3R. NacA5 is ideal.

I had a CD3.5 with a Nait 2 for the best part of a decade . It was probably the system I enjoyed the most .

Coincidentally, I just got a Nait 3R back from recapping about an hour ago. This thing is awesome. Seems like a no brainer choice, as Hungry Halibut suggested.

Pete, it’s funny how the simplest systems are most often the ones that “got away”.
One of the best combinations I ever ran was Rega P2, Nait 2, and Rega RX1s.
Was it the best system I ever had? Not by a long shot, but then again
maybe it was the best if it’s one I think back on with such fondness.

If it has to be an integrated amp then the Nait 3 is the choice. Having said that, if you could find a 92/90 combo, that would be even better.

Also, grab yourself an olive Flatcap. They go for around £150-200 on the usual auction site and give a worthwhile uplift to the 3.5.

Good tip , I eventually added an Olive HiCap to the 3.5 which was very beneficial .

Also, grab yourself an olive Flatcap. They go for around £150-200 on the usual auction site and give a worthwhile uplift to the 3.5.

Two Flatcaps are even better; one for the player and one for the NAIT 3. If I were limited to a single PS I would use it with the amp where it makes a bigger sonic difference. 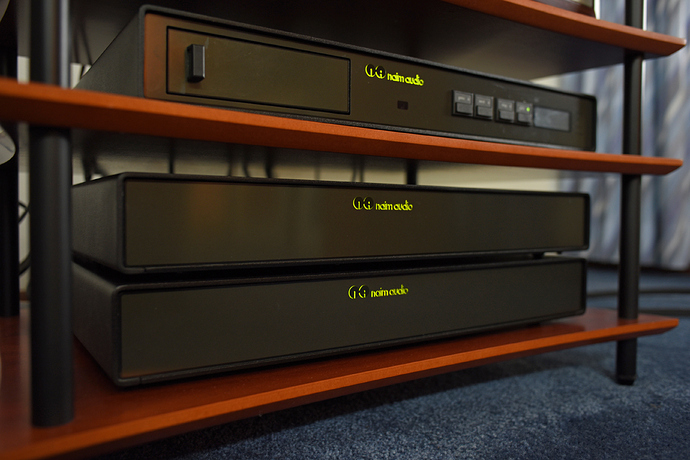 I’ve already been down that road with “Just a small system for my study, dear” and ending up with active SBLs!