Is your dealer on here, and still going strong?

Mine is - Grahams Hi Fi.

My other, Sound Organisation, moved from Pickfords Wharf years ago… to Gillygate, York. Both addresses still on the list!

SO York actually started up before the London branch closed IIRC. Hamish went up north while Roger (RIP) was still in London. Sadly the three I recall from SO London are all now gone. Roger, Derek and Steve.

Rayleigh Hi-Fi is my dealer, although they are no longer a Linn dealer so I have to trek further afield for LP 12 attention. Brighton Audio T last Feb.

Interesting re Nytech, I worked in a garage close to Nytech Audio and Richard Hay used the garage for fuel and I did end up visiting his house on numerous occasions to listen to various systems etc.

At the time I had a Sytemdek which Richard said bring over one evening and demo it against his LP12 that ended up with my first venture into Radfords to do a deal on a LP12 which I used with a Nytech active system with ARC 202 speakers.

This started me on my hifi journey which has been extremely enjoyable and rather heavy on the wallet at times.

Thanks, so I am not going mad. I remember going there to listen to some Epos ES11s.

Signals didn’t become a Naim dealer until quite alot later. Maybe mid noughties but not sure. I vaguely remember them selling NVA amps before stocking Naim but again could be mistaken.

My first step into Naim was at Westwood & Masons in 1990, which has now gone.

Bought my second LP12; Itok and Troika from them, way way back, well before 1994.

I then found myself being in London quite a lot so bought my CDS from Grahams circa 1995, having previously bought my Rega Planar 2 from Grahams years earlier when they were in Pentonville Road.

Bath very well served these days by the chaps from Audience.

I think Phil still operates Phonography online but he also offers the LP12 fettling through Andy at Winchester Hi-Fi.

Central Ringwood has never been the same since they vacated the shop in the centre of town. It was a great place to idle away a Saturday afternoon shooting the breeze, listening to Naim kit with Shahinians and maybe part with cash !

You mentioned Derek (RIP). If you are referring to Derek Jenkins I am sad to here that. He used to service and upgrade my old LP12 when he was at Infidelity.

Nothing, apparently, in Salisbury then, and definitely nothing now, but there used to be Salisbury hifi that had some connection with Movement Audio Moordown and Parkstone, both also gone.

hmmmm … Way back when … there used to be a jolly good Naim retail outlet in Salisbury … my first venture into Naim was there …courtesy of some guy called Julian, who operated out of a small emporium in Salt Lane. Behind his emporium outlet was some kinda workshop/small-factory.

He sold the whole range of Naim equipment of that era, which apparently he hand-built (with a bit of help from a few other guys in that back shop), together with Linn LP12, Grace, Supex and some rather wonderful speakers called Linn Isobariks.

I bought an LP12/Grace/Supex plus a Nac12/Nap160 and a few years later (he had moved to just off Southampton Road by then) a pair of those Isobariks (which I still have).

You mentioned Derek (RIP). If you are referring to Derek Jenkins I am sad to here that. He used to service and upgrade my old LP12 when he was at Infidelity.

I got Salisbury hi-fi to make up 5m of NACA 5 for me many years ago. Sadly, long gone.

You mean this guy 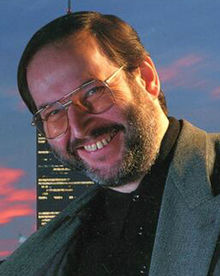 Julian Charles Prendergast Vereker, MBE (7 May 1945 – 14 January 2000) was an English self-taught designer of audio equipment, and founder of Naim Audio Ltd. of Salisbury, Wiltshire. He was an influential figure in the manufacture and retail of British high fidelity audio equipment in the 1970s and 1980s. He was appointed MBE by HM Queen Elizabeth II in 1995. Julian Vereker was born in Oxford, England. He was the great-great grandson of the 3rd Viscount Gort. His great-grandfather had been Co...

Yep, No.4 on the list. I don’t think they’d been open that long in 1994. Prior to Oranges and Lemons there was another Hi-Fi shop in Webbs Road (different shop slightly further up) called RPM also Naim dealers where I first head the Nait 1 which I couldn’t afford.

There was a thread here when Derek died, some touching (and very justified) tributes to a lovely guy.

Derek Jenkins,.one of the very best has gone,RIP Padded Cell

Derek Jenkins RIP KJ West One It is with great sadness that we must announce the untimely death of our dear friend and colleague Derek Jenkins,who passed away Friday morning following a heart attack. Our deep condolences go out to his family, friends and girlfriend Lucile at this difficult time. Derek had been a key fixture in the British hi-fi industry for decades, renowned for his …

I was another SO London customer, that list surprised me when I realised I still knew 403 2255 off by heart. Lovely guys who loved music and knew hifi well.
When my ES14s died from a lightning strike around 2007 I bought my first piece of kit in 14 years from Grahams hifi, I’m glad they’re still around.
My current dealer, Audio-T Manchester, is nowhere to be seen and it’s interesting to note that neither Leeds or Manchester had a dealership back in 1994. (Or I’m even more unobservant than normal.)

Rayleigh Hi-Fi for me too.
I started dealing with the Rayleigh branch in April 1986, switching to Chelmsford sometime after it opened around 1989. I eventually saw the light and bought my first Naim gear (72 & 140) in March 1994!
Rob and his staff have given and continue to give outstanding service to both me and my late father in law and are an absolute credit to the industry.