It was the supercap and not the lark 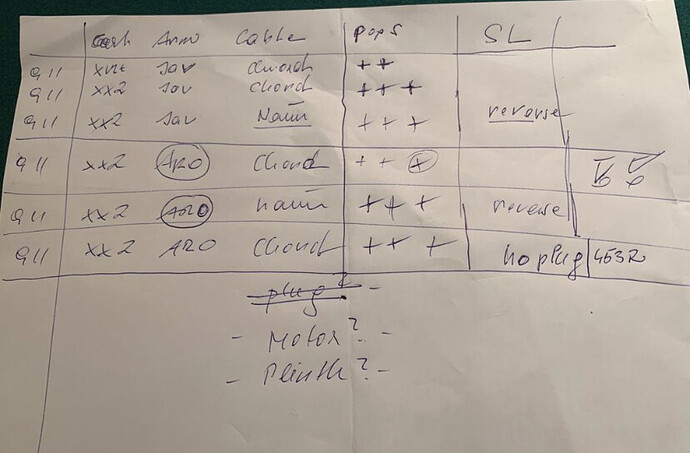 image828×544 77.9 KB
Another trouble shooting favorably accomplished. To make a rather lengthy story short. Over some time I have noticed some unpleasant discharges when playing the deck. First it appeared rather unsuspiciously and just occasionally but eventually became not to be ignored. I would suspect the cart, the tone arm cabling and particularly the connection of the armboard plug. It could also arise from the Superline, the resistence plug or the burndey. The last thing I thought of was the supercap powering the Superline. Only after a thorough step-by-step analysis (including service of the Superline, a new plug on the arm cable) I could rule out all various components being the culprit leaving the supercap the prime suspect. When I eventually replaced it with a high cap the discharges miraculously disappeared. So the SC was sent in for a service and finally came back last week. the final proof was when I reintroduced it back into the chain and the discharges did not reappear. So indeed it must have been some sick capacitor or alike from the sc to be the source of these discharges. I am not aware of something similarly having been reported before. So if you experience a similar problem, think of the PS as a potential trouble maker

Same thing has happened to me I think - sounded like random capacitive discharges through the Superline. Its Supercap has just come back from service and DR and so far, so good.