It's rapidy coming that you have to have a smartphone to even exist!

Just sold our house. The estate agent demands we install an app on our smartphones (of which neither myself or SWMBO own). Further, both the estate agent and the solicitor also demand we install an app on our smartphones (again, which we don’t have) to prove we even exist. Since when is having a mobile phone an essential indicator that a person has been born and is alive? Is it so hard to believe that a person doesn’t actually have a mobile phone?

Rant over (for the time being).

Are you living in a country which have some kind of national ID system?

We have a partial system and we can sign papers with the bank online etc. And this saves them a lot of work/time.

Yorkshire is a funny place.

Oh dear.
I have a Nokia and am about to try to move house.
(But luckily Mrs. JimDog has a smartphone.)

But, yes, they make it increasingly hard to survive without one.
And not having one (despite working for BT for a decade) is a cornerstone of my luddite personality.

Will they stop the sale and loose their commission if you do not instal the app I think not.

No worries. It will take long time before pen, paper and id-cards go out of style. But the banks will some day do what usually do. Increase the fees for the left-behinds.

But its convenient, I can sign parcels with the phone/id-system while waiting in the queue to pick my next batch of audio cassettes.

Must admit, there are times when I’m staring at the sky in a train station that I think it might be nice to check the forum…

But your Nokia must earn you a lot of hipster-points!

It’s not just about having a smartphone.

I have a smartphone, but apparentley I’m unable to download the NAIM app onto it, as I don’t have a google account.

When all the skatellites go down, we’ll return to a happier place.

Wot you got against a bit a reggae?

Nothing, nothing at all… 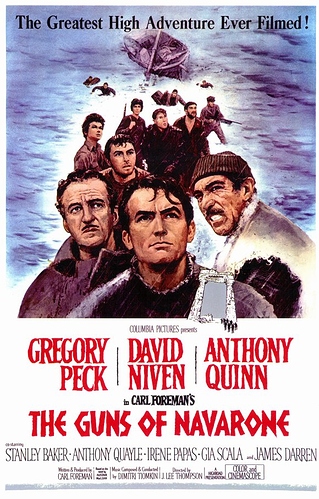 Didn’t realise Irene Papas was in the film. Great singer and actress. 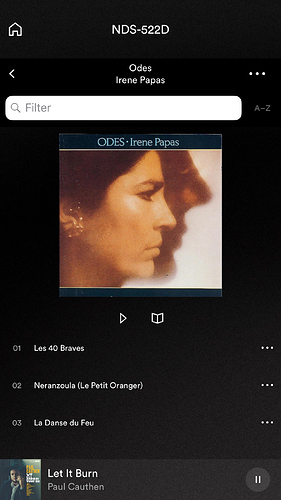 People who live and work onshore and within the UK possibly don’t fully appreciate how much emphasis is being placed on financial transactions being carried out and verified via mobile phone apps nowadays.

They tried this with my step-daughter. I stepped in and said no. Threatened they would pull out of the transaction. Told them that was okay and they capitulated completely.

Gosh. I thought I was the only one.
Had a mobile at the turn of the century like everyone else. Decided against it and have been off grid ever since.
Much to the chagrin of my other smarter half, who yes - has been pleading to me that it is more or less essential to have a smart i phone to do anything and be anyone.

Sadly it is the way things have gone. My brother in law has extremely limited IT knowledge and his capacity to adopt anything online is nearly zero. The impact on his life is enormous. It is only when you realise the impact this has on his life, do you see how inflexible modern life is for those who either can’t, won’t, or don’t want to conform to a forced way of living today. He is incredibly intelligent, but the modern world and doing everything online just throws him entirely. This requirement to confirm identity fails at every stage for him because he is virtually invisible, not because he is evasive, but because computer says …no.

And not having one … is a cornerstone of my luddite personality.

I was like that for quite some time (first resisting a mobile phone at all, later resisting a smartphone) - I was not the slightest bit interested. Then one day travelling somewhere with my son who had an iPhone 4, various things happened that opened my eyes to what it is and what it can do: it’s not a phone, but an amazing pocket computer with very cheap and free “apps”. Suddenly I could see the use, and for the first time started thinking maybe it is time to reconsider. Then said son upgraded his phone - and gave me his cast-off (first of several such occasions!)

Now wherever I am I always have access to a calculator, notepad, memo taker, diary (with event reminder), magnifier, torch, maps with GPS and personal location finder, compass, altimeter, language translator (multiple languages), cycling or walking route distance/elevation/speed tracker, satnav (I’d never buy for the car, but having available in event of having to find somewhere very awkward to a deadline it proved its zero-cost app worth!), portable music player capable of storing 100s of albums, book reader capable of storing dozens of books, remote control for my ‘proper’ camera including showing viewfinder image… Also various tools like sound level meter, light meter (both only approximate as uncalibrated), alarm clock, stopwatch, snapshot camera.

If I’m somewhere with wifi (I use PAYG without mobile data) I can access emails and browse the internet, access this forum, view satellite & aerial imagery, get news, get traffic and related information, get weather forecasts, view rain satellite tracking and nearby lightning, track aircraft flights, find a nearby restaurant, control my home music streamer, bank security device, etc etc.

Oh, it can also make phone calls. Very usefully that includes (when on wifi) free video calls worldwide - great for keeping in contact with friends and family in far-off places, and can send/receive short instant messages - and so much easier than in the days of rapidly stabbing each 0-9 key several times to type each character: how I hated that, so only used when absolutely ni alternative.

I don’t centre my life on it as some (young) people seem to do, but it is an exceedingly useful miniature gadget!

Mind you, out of principle I would strongly resist anyone demanding that I have to put something on my phone as described by the OP.