Jazz sets on the Enlightenment label

I have been looking at a boxset of McCoy Tyner’s albums originally released on the Impulse label, which have been bundled together on four CDs with an additional live set (which by itself looks extremely interesting). 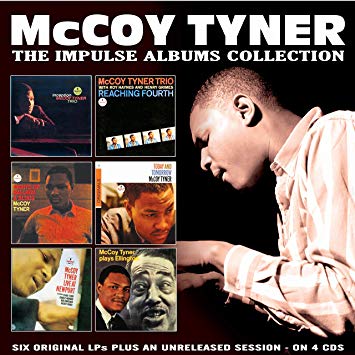 After some research, I have discovered that this set is released on the Enlightenment label (why doesn’t Amazon include label details in the descriptions?). Since I haven’t heard of this label before, I have done further research. It seems these are manufactured in the EU now the material is out of copyright. Some people have not reported any issues with the sound, whereas others (well, one on the Steve Hoffman forum) have indicated that the source may be MP3.

Before making a purchase, I’d be keen to know of any experience among Naim forumites of Enlightenment CDs.