I discovered recently that video on YouTube. Jimi plays « Red House « at the Royal Albert Hall in 1969. It is , for me, the best Jimi version of Red House.
That tune is on Jimi Hendrix experience, on Blues ( speakers corner ) , but I didn’t enjoyed it so much as that Royal Albert Hall version.

Does anyone has that version on lp, and how it sounds on your turntable ?
I can see that this concert exists on a Box set, limited edition, unofficial release, but no one on Discogs.
Maybe you have it on another Jimi compilation ? 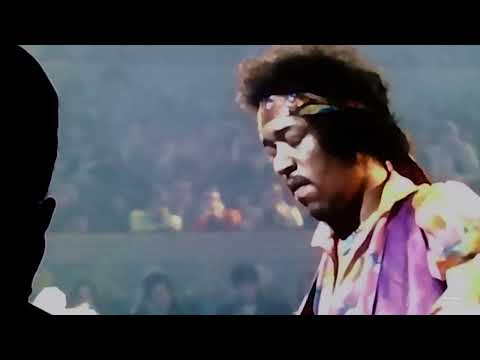 I have the best version, I was at that RAH session.

Sorry, FR…thought it may be on this, but the RAH is Little Wing & Voodoo Child (which I guess you knew already!) 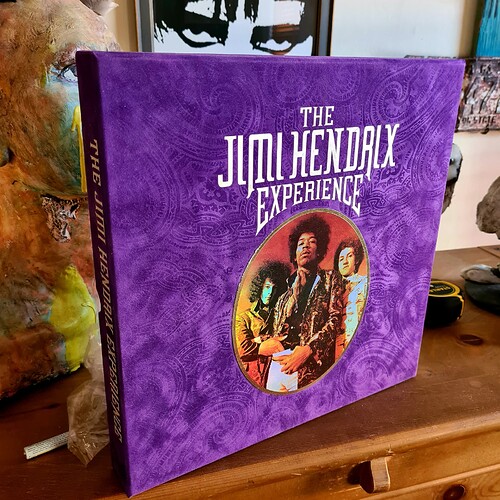 You lucky, lucky person…
I’ve talked at work with someone who’d seen The Experience play in London clubs (not sure if he’d been at RAH)…Heady times!

I will listen when home. I don’t have that album. Just see on Discogs, it’s a 8 lp box set. 150 euros in general. A bit expensive, too much lps…
I am not a complete Jimi fan. I have only 2 records, the Band of Gypsys and Electric laydyland.
But I will try to discover that album on YouTube. How is the sound ?

Sounds great, mastered by Marino & Kramer, Sterling press. I don’t know if the non- velvet reissue is from Sterling plates - I’d guess so but haven’t checked.

But if you’re not an out and out Jimi fan, I’d think this box would be overkill. Check the tracks list, see what you think. 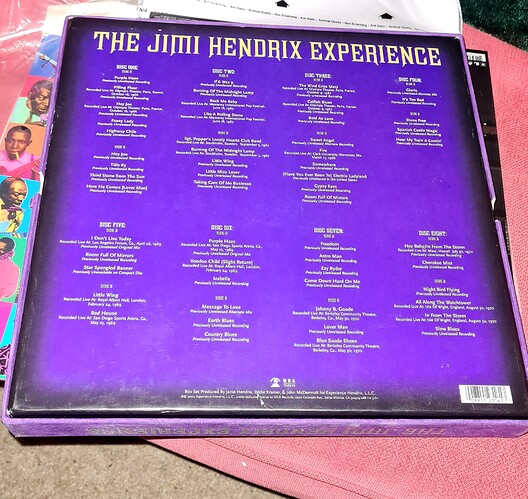 There’s always the CD box (I have that too). More tracks IIRC…

Classic song, and many great live versions… San Diego from Hendrix in the West, Isle of Wight (Blue Wild Angel is the album title), plus all three from the complete Live at Winterland… definitely worth checking out the box Winterland and Fillmore East (no Red House… but the definitive Machine Gun and Auld Lang Syne bonus; album is called Songs for Groovy Children) if you like his live sound. I like the long, stretched out versions a lot.

Thanks for the video link… he never reminded me of Buddy Guy like he did at the start of that, with the face and the vibrato… cool.

It’s written Red House, live at the San Diego…
I found that one, with the same track. Do you know it ? 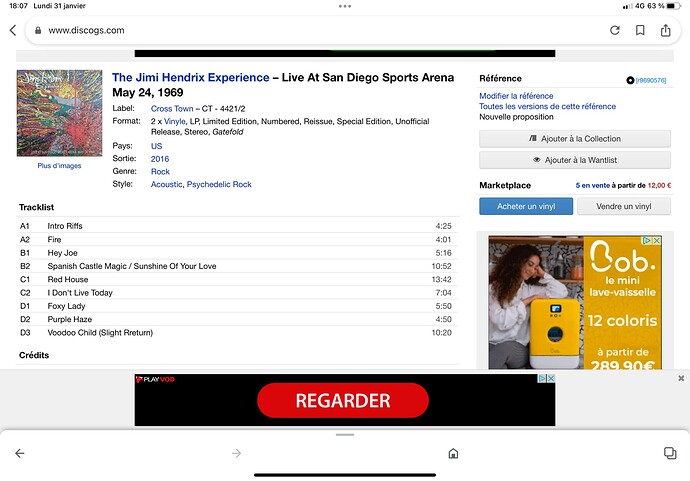 I will listen, thanks.
The track I posted from YouTube is on that album. But not available now. 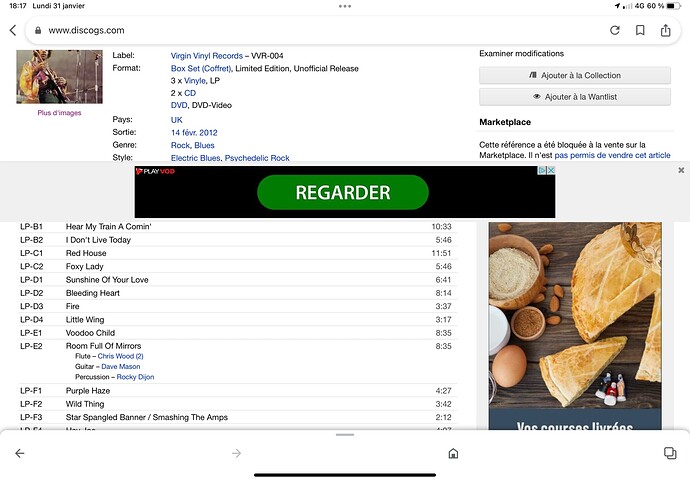 Diego 69 is on disc 5 of the boxset, but it’s dated as the 25th, not 24th as in your pic. “Arguably Hendrix’s finest recorded version” it says in the booklet. Listening to it right this second…very nice indeed! I don’t have the album you posted. Waitaminit - I do also have Hendrix In The West! Same.

To whet your appetite, here’s a gratuitous pic of the 8 albums + booklet: 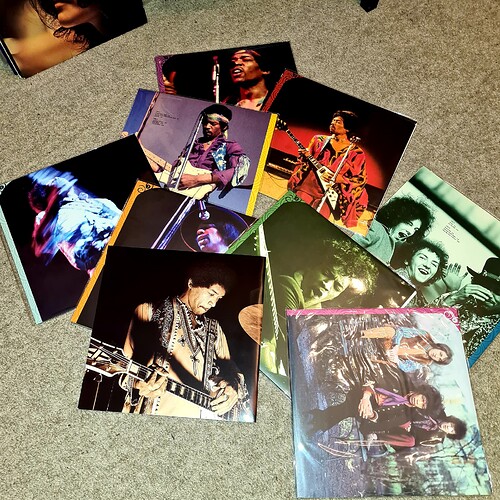 You are a great fan, I see.
I will stay more modest, and order the San Diego live. Only 30 euros with shipping. Hope it will sound good.

Yes indeed, heady heady times, in more ways than one.
I saw The Experience a number of times, plus most all of what we now think of as the great bands & players & at the iconic & some now forgotten venues.

Lol…no, I’m only a medium fan compared to some, but I do love Hendrix. You have my favourite of his:
Electric Ladyland so you’re on the road!

I had them in the past. I had also « Blues « . My favourite is really the Band of Gypsys. I have it with the muppets cover, in Mint condition.
The version of Red House in Blues album is average, vs the versions we discussed. 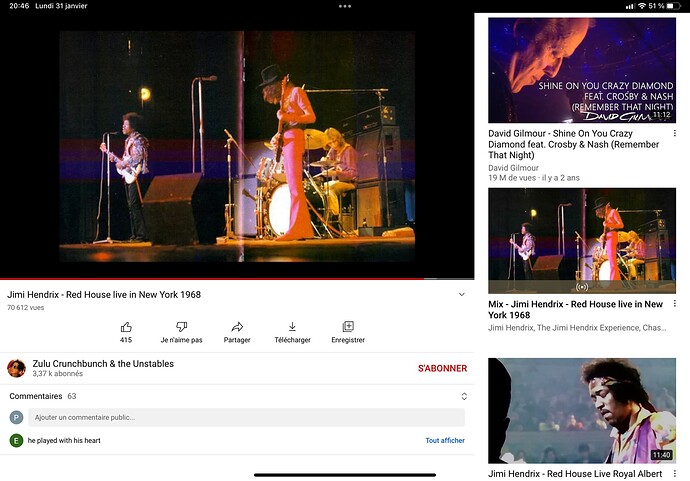 You got rid of Axis and AYE? Man, were you ill?

I see the lp on Discogs. It’s a compilation from 1982. Interesting.

I get rid on a lot of albums…like many Doors, Floyd…or Dire Straits or the Who.
I couldn’t listen to them anymore, listened to them to death when young.
I listen more to jazz today. But kept my jazz and jazz fusion collection, as the soul funk from the 70’s.