I didn’t think there was anything left to improve in these recordings, but this newly released 4 album remaster, to coincide with the 50th anniversary of ‘Blue’ is a further revelation. I bought it from HDTracks, all tracks 192/24.
I bought the vinyl in London in 1971 when I was 17 and working in a pub (student summer job) and I had to wait ‘till I got home to hear it.
This morning I was able to start listening minutes after downloading.
What’s not to like?

Interested to know the difference between the original album Song to a Seagull which has been remixed for this set.

Joni seemed to think Crosby’s production needed remixing - or just a gimmick to sell the collection.

Can’t wait for the next instalment.

You might wish to check the feedback on this set that is posted on the Steve Hoffman forum.

Life is too short about three posts on this topic here - I can only imagine that the Hoffmen have posted 3 million and that’s in the last hour!

I got my boxed CD set in a few days ago and sat down to listen to a few tracks of Blue…mainly ‘Carey’ from all the different versions I have got…the latest Rhino release, an earlier release from a few years ago, the DCC gold-disk version that is long out of print and a vinyl rip a friend of mine made for me using his SME30 turntable. These were all played on the AudioLab 6000CDT into the TeddyDAC.

The new version is only very slightly different from the previous main-label releases-certainly nothing in the same league as the ITCOTCK or Astral Weeks remasters which were literal ear-openers. I would say it is fractionally ‘clearer’ but I had to really strain the pick up any differences.

On balance I still prefer the old DCC disk that is sweeter, with more undertones and harmonics, albeit with a bass that is slightly muted compared to the remaining versions.
The SME30 rip sounded like an SME30…tonally flat and quite uninspiring, even though it was equipped with a Graham Tonearm and a Jan Allerts cartridge.
The Hoffman forum is non-too-kind on the current re-release, with the (divided) opinion that the Japanese SHM disks are the ones to beat.
I probably could have spent my $45 at Amazon differently, but I do not regret getting the latest box set.

And now things are even a bit more interesting…I could not resist, so I downloaded the 24/192 tracks today, and again listened to Carey.
For some reason the 24/192 sounds more different than the remaining versions. Smoother maybe but with less sparkle. Maybe this has something to do with it being streamed through the Squeezebox Touch into the asynchronous USB input of the TeddyDAC, while the Audiolab 6000CDT goes into the coax input of the DAC.

Oddly enough I did spectral plots of four versions of Carey.

The new Rhino version, the DCC version and even the SME30 vinyl rip have almost identical spectral plots. 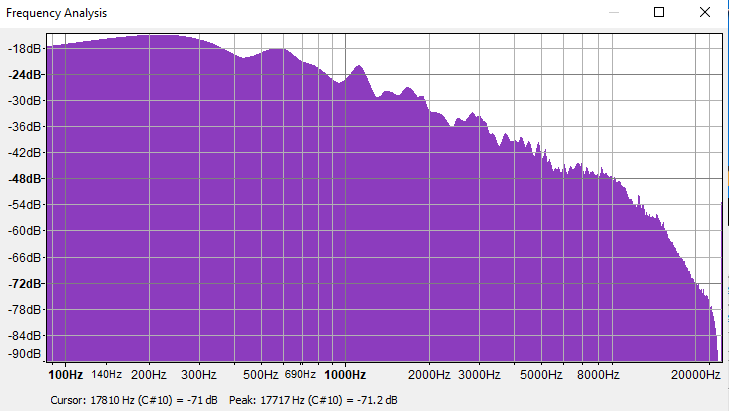 The latest CD release from the Rhino box set 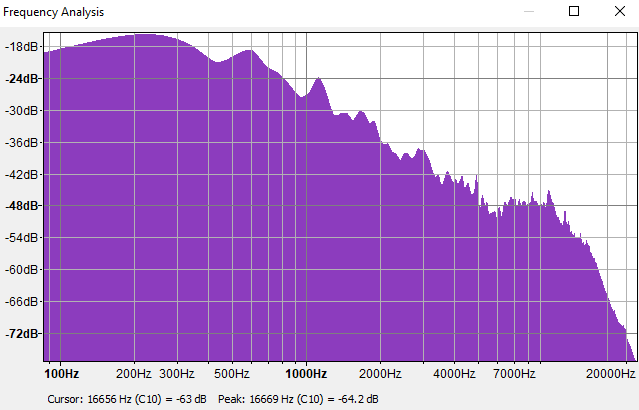 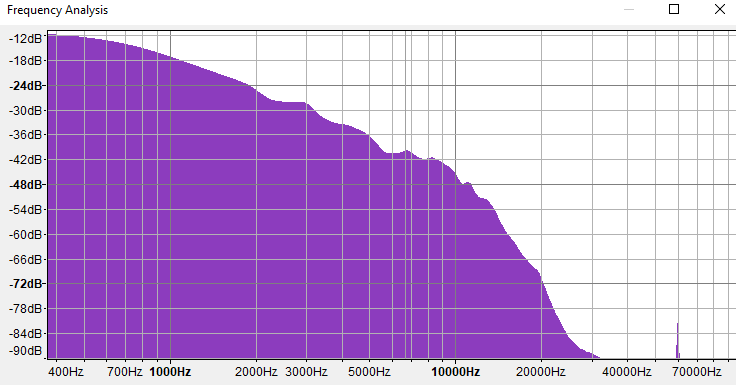