I have mentioned this young lady before - a Barnsley lass, apparently. She has such a lovely singing voice. Petroc Trelawny has just been playing her singing a modern carol called ‘The Wren’ (which I don’t know) on his ‘Breakfast’ programme on Radio 3.

I must try a bit harder to find her recordings. When I looked before, I could find a few CDs, but nothing on LP.

Her Christmas concerts are great fun.

Looking at Tidal, I can see 8 solo albums listed from 1997 to 2022, a compilation, some EPs and inclusion on some other albums. The material is there, but I can’t comment on the formats available.

I have this one on vinyl and it a stunning recording. 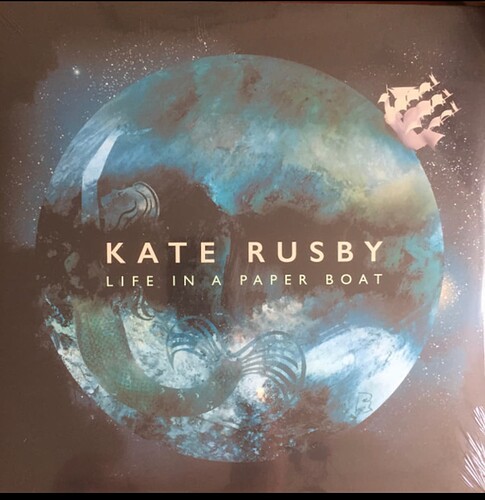 I also have several more on CD. I have found her latest releases of more modern covers not so much to my taste, but the earlier stuff and Life in a paper boat are magnificent if you like the folk style.

She’s just released some stuff on vinyl. Have look on her own web page, you can purchase from their as well.

We’ve been following her for ages. Yorkshires Nightingale

Thank you all, and particularly Proterra for the very specific steer. I shall try very hard to follow up some of those leads.

Try Pure Records, which I think is her own store for her music, plus that of her husband and a few friends. Basically, you would be buying direct (or very close) from the artist.

Not difficult to find Kate Rusby’s recording - IMO (but YMMV…).

I tried… but didn’t take to her. Sorry…

I will stick with Thea Gilmore…!!

Kate does sad and gentle so well, a beautiful voice. Cara Dillon is a Northern Irish voice that I also like. Julie Fowlis is the proper Celtic version and Ruth Notman has recorded at Kate’s studio. All four have superb voices in slightly different styles and all four have made me cry when I’ve seen them live.
Ruth is only part time as I think she is a doctor now. Update, Ruth Notman is a physician associate, so a sort of doctor.

Sorry, good people, and thanks for all your help. My Mac WILL NOT open the Pure Records website, so I shall give up until I can get to the Apple Store in Brighton to get the Mac checked over. (Useless piece of sh*t that it is!)

How many different browsers did you try? I have websites that don’t like Safari, but are fine with Firefox or Chrome and vice versa. Try a different internet house before the stomp off.

I listened to Philosophers, Poets and Kings first after reading a thread here. It is a lovely album (her 16th of 19 I think) if you like folk rock. As is my habit I researched her other albums and bought the back catalogue. Other albums to explore first are Life in a paper boat, While mortals sleep and the Girl Who couldn’y Fly. All of these albums are very well recorded and produced, so enjoy.

I have been listening to Kate for at least 20 years and attended about a dozen of her Christmas concerts in Nottingham and Leicester. I have around 15 of her albums, all on CD (no longer have a turntable). For me personally her earlier albums are the best, notably Underneath the Stars, Little Lights and the Girl Who Couldn’t Fly. I also like some of the duets on Twenty, which celebrated 20 years since her first album. I find her more recent offerings rather disappointing.

She is a great entertainer and her live shows are always enjoyable. However, I have noticed that her voice, although still great, is not as strong as it was a decade ago.

Thanks, all. I give up when the Mac won’t cooperate. It hasn’t backed up properly for almost a year now (as the WiFi signal where I find myself incarcerated is sh*t), and it will only annoy me if I try to keep going. Some little voice in my head tells me that throwing the Mac against the wall in frustration - the likely outcome if I persist - is unlikely to improve its functionality.

Her earlier albums with her ex John McCusker were my favourites, not sure what direction she is going in now.
Have always enjoyed her live performances down here in Brighton.