I too have read today that a separation in his marriage may have been a big reason for taking his own life. So sad to hear of this… I wasn’t a huge fan of their music either but i can appreciate how much energy Mr Keith Flint would of radiated out into the crowd at a live gig. I have never seen them live but know of others who have of all who say he/they were totally awesome.

i will remove my post, it will be better than explain. In French language, i would wrote more diplomatically.

If you really want to express yourself in your mother tongue, you can try “Synthèse Haute Fidélité”, but I doubt that what you have to say in French is much more constructive than in English…

i can’t respond nothing for such a mediocrity…sorry. You are probably a fan of all naim system, with metallica like music, and of course the naca 5…
Bike, drums and foot/ beer fan… 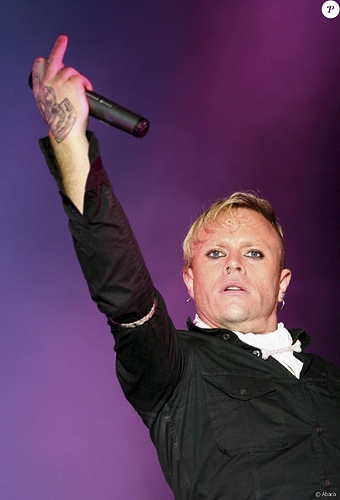 Like Roger Daltrey and many other front men he delivered a great song writers music in a way that they and nobody else could and that was he’s talent.
He had achieved more by the time he was twenty five than 90% of us ever do, you may not like his music but have some respect for his family and friends and I for one will raise a glass each time I hear his music. RIP x

and why not ? it’s a free mind forum, restricted on hifi and music area.
I am not talking about the person, neither adressing myself to his family or in public.

Now I think you should stop jumping on Frenchrooster,…he has apologized for his statement lots of times.

I’m not jumping on anyone and didn’t read any other post doing so. As he states it’s a free mind forum and so I’m free to comment on his post am I not.

Come on folks - not the spirit of the thread. Perhaps Richard could do some pruning and get this back on track…

James_n,…I agree with you,this thread is about an artist who in a tragic way passed away.

That someone happens to express themselves wrongly,and apologize for it,…it should suffice with it.
It does not have to be written 20 posts about it.

His music might not be among my favorites,…but it doesn’t matter.
He had received a gift, giving of his art to the rest of us.
That,…since his life ended as it did is just tragic.

Its always sad to see anyone passing so early whether famous or not. Its especially sad when its self inflicted and for someone to be so desperate to have taken his own life.

I hope he finds his peace.