I’ve been reading the recent sad tale of the young lad lured to his death via social media, and it’s got me rather concerned, given that I have grandkids of my own, and many of my friends have teenage kids too.

Bullying at school seems to have moved on from the visible name calling and physical abuse of the past, and to have morphed into something more sinister, and, at times, anonymous, even.

Parents seem to feel that they have little choice other than to accede to their kid’s requests to have their own mobile phone, but once that particular cat is out of the bag, there is little that can be done to monitor what bullying or abuse the child might be suffering without crossing the “I need my privacy” threshold.

I know that my viewpoint comes as the result of being “of a certain age”, and that as a kid, the advice I got was "If someone hits you, you hit ‘em back, but harder, and that that wouldn’t be considered an appropriate response in this day and age, so I would like to read others’ thoughts on this worrying topic.

Can we please try to keep politics out of things too, so that we don’t annoy Richard, as I really could do with some enlightenment in resolving this puzzle.

I’m sorry to say in my view this puzzle will never be resolved.
This is probably the hardest and worst part of parenting.

The biggest issue is a lack of regulation for social media companies, they’re all mostly user data harvesting tools that get you on the merry go round for free and then allow them to keep it spinning by endlessly selling on your data or hooking up your habits to a dealer of goods and services down the road.
My view is that at some point we should all have the equivalent of a drivers licence or a registration mechanism when using digital platforms that means that every mark leaves a trace back to the origin and can result in prosecution where it breaks the rules/laws, both for the platform provider and the users of those platforms.
I have young kids and it is hard to balance their positive access to technology with the negatives that also brings as you highlight. I’d certainly always use whatever gatekeeper functionality is built in to the platform/device to ensure that until they’re 18 that any devices they use are on the understanding they are monitored and require approvals for use of certain features from an adult. I do that on the Apple devices we share across the family.
Schools should be doing regular education sessions on appropriate use of technology and the dangers that exist as well. 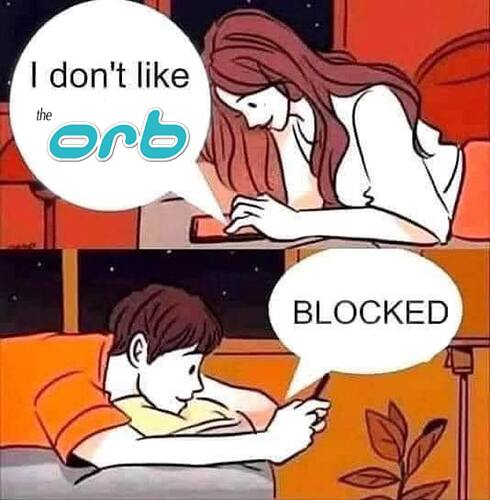 Easy. Just tell them to either turn the device off, or block those who they feel are creating a negative influence.

Speaking with one of my daughters, who allowed my grandson his first smartphone last year, when he turned 11, it was on the understanding that he would only have access to WhatsApp chat, and no picture messaging. He wouldn’t have Facebook, Twitter, Snapchat, or any of the other platforms, and mum and dad would have the right to monitor his activities, if it was felt ever to be necessary.

His phoneless younger sister, who has had the occasional moan about “Not fair”, is told, “You’re only 8 years old, so it’s not happening.” She remains, apparently one of only three kids in her primary school year who don’t have phones … … at eight?

It also seems to be parents’ experience that where boys tend to use their phones just to arrange meet ups, it’s amongst the girls that the nasty messaging seems more common.

As I mentioned, I don’t have any previous parenting experience of kids with phones, but I can see that the whole scenario must cause a fair amount of anxiety amongst parents of today.

I have kids and try to be open and fair with their phones (16 and 14) and I think they are honest with me. We have parental controls on the internet and my kids have told me about a google app that can get around this !

One thing I have learned is never try and outsmart a teenager with a phone, they will leave you for dead, you just have to trust them and get them to talk to you (yes I know easier said than done)

My eldest granddaughter wanted a phone for her 10th birthday and came up with a well argued safety case together with promises about what she would and wouldn’t do (no social media for example, also that she would eat her vegetables without arguing). It’s a few months on now and the arrangement seems to work fine. They have to hand their phones into the school office on arrival and can collect them on departure.

My No 2 granddaughter (different parents) argued that she would be safer walking to and from secondary school with a phone than without and the school helps by having a rule that only phones with no camera and no browser can be brought into the school. So my daughter bought her a Nokia traditional phone with a tiny screen but good battery life and it only cost about £40 new.

I think both of them are happy with their particular situation currently. What will happen with granddaughter no 3 is not yet known!

Wow, I’m sure the OP never thought of that, you obviously don’t have kids.

I have 2 daughters of 16 and 17 and in truth, there’s very little a parent can do to police their activity and the activity of the people they exchange messages or socialise online with. Because of the power of the social media platforms, children can block anyone from accessing their profile, including their parents and both my girls did exactly that.
The only way to handle this is to take their phones away from them, forcing them to delete all but the most benign apps/sites and hand them back after an “appropriate” length of time. That’s the only thing guaranteed to make them fall into line because their phones are THE most important things in their young lives. They’ll do it again and again but as parents, we have to keep confiscating them until they get the message. It took over 3 years of constant punishment before my daughters finally fell into line. Good luck.

the power of the social media platforms

My point precisely, they’re effectively self regulating, in a user publication driven age of the Internet (Internet 3) a degree of regulation is required to put some balance in the mix.

When our kids were young, the message used to be that you should put the family pc where it could be overlooked and definitely not let children have one in their bedroom.

But now younger children have phones that are computers with cameras and the internet and never mind their bedroom, they have them in their beds!

Schools should be doing regular education sessions on appropriate use of technology and the dangers that exist as well.

They do. Repeatedly. Have a wild guess at how quickly pupils learn the ‘right’ answers to any questions/scenarios and parrot them back to teachers before complaining ‘Not another session on cyber-safety - we do it every year’. Then, for bonus points, guess how easy most find it to do the ‘right’ thing when the excrement hits the air-con.

That said, I would +1 @biddler66’s advice above as the best (but, obviously, not the easiest) advice we’ve had so far.

The only thing I’d add is to make sure you know what the relevant school policy is on these matters and don’t be afraid to remind the young person about it. It can help to depersonalise any debates.

Mark
(Parent of two teenagers; teacher of many)

My two daughters (19 & 16) have suffered with mental health issues after social media and the power of body shaming etc. it was a tough couple of yrs for both them and us but after seeking help they and we are much more resilient to the influence and I don’t think being hard on them and taking the phones away would have helped and created its own division between us and them. Some careful conversations and understanding is needed to keep things open as once the shutters come down they hide all sorts. It’s a minefield but plenty of help out there albeit on line. Good luck and be gentle

I am sorry for you and your daughters to have to go through such a tough time. I am constantly worried about our 13 year-old and what she gets exposed to every day. Taking the phone away is not a solution, it has become somewhat of a social life line during the pandemic. All the apparent child-proofing features on the iphone are hoplessly complicated and we experienced a lot of annoying bugs. That does not make it easier.

BUT since it is a NAIM forum, I would like to yell at NAIM for not being helpful AT ALL in this context: A year ago, I tried to limit my 12 year-old daughters apps to a minimum age of 12. This age restiction is one of a few reliable tools to prevent all kinds of problems. A few minutes later, she returned triumphantly: ‘You can’t do that because the NAIM app does not work now’. The app seems to be restricted to age 18 and up. Why? NAIM, please make sure that your future customers have access to your products! Is this a legal precaution because someone might listen somewhere to a song with ‘explicit’ lyrics from a streaming service? Sorry for this rant, but it is an annoying problem for parents that NAIM has probably not thought about.
Jorg

Really sorry to hear of your daughters’ struggles. As a teacher of 11-18 year-olds, I can only add a) that it’s sadly commonplace and b) that your advice is wise. Lockdowns were very mentally destructive for young people (and others, I appreciate, but I’m speaking of what I know) and it’s clear that it will take years for most to return to some sort of even keel.

Our two daughters are 18 & 17 and have had bumps in their paths but, thankfully, nothing particularly permanent.