An audiophile in Budapest, by Ana(Dia)log . 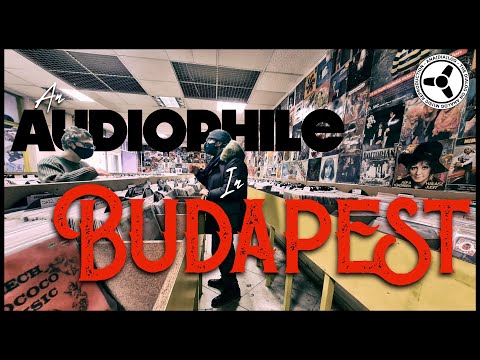 My second favourite city. If I ever get there again, covid free travel, then thats on my list. A great audiophile guide.

I spent my Erasmus year in Budapest in 2004 and then some. Great city, great people. Music is all around there. Also Bar owners really put effort to the music they play live and from systems. Also electronic music was much more mainstream than it was at the same time in Finland.And by mainstream i ment that UG sound was everywhere! Lot of great little rave pits were found everywhere. Fond memories from a tiny but heartfull Mono Club,near nyugati/oktogon area. Those places were not made with money, but with heart and passion.

Back then circ 2004(and apparently eaven now) hungary was in a bit of a turmoil. Most likely that same old dude in the video was ranting about liberation and closed the recordshop early so that he could take part to the ”revolution” as he stated it. Later on that eavning to a young student as i was, seeing the city streets in tear gas and police horses coming from a empty dark street galloping towards you was a strange experience when trying to walk home avoiding the main streets.