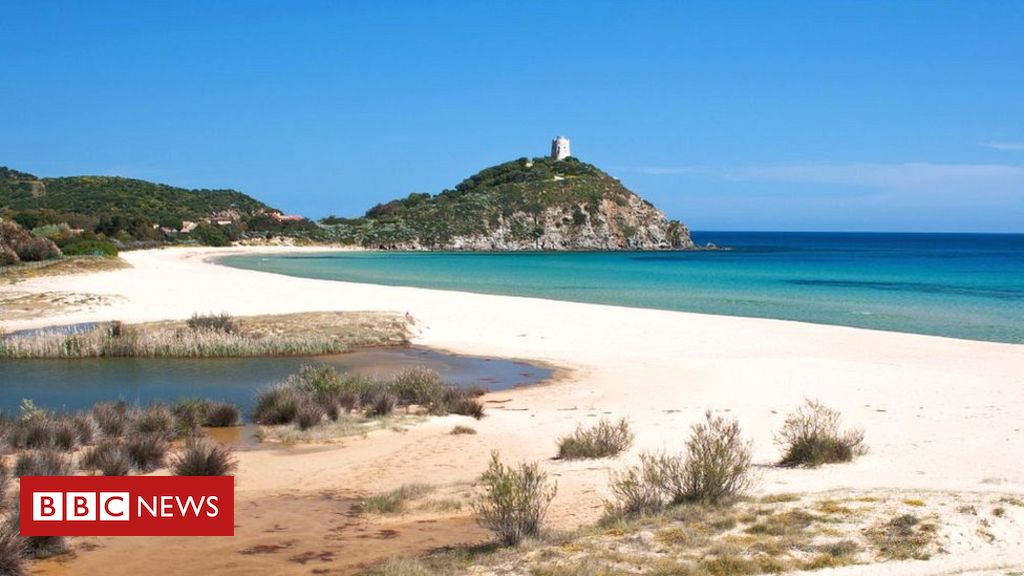 They say they wanted the sand as a "souvenir" and did not realise they were committing an offence.

“For years, the fabulously beautiful planet of Bethselamin increased its booming tourist industry without any worries at all. Alas, as is often the case, this was an act of utter stupidity, as it led to a colossal cumulative erosion problem. Of course, what else could one expect with ten billion tourists per annum? Thus today the net balance between the amount you eat and the amount you excrete while on the planet is surgically removed from your body weight when you leave; so every time you go to the lavatory there, it is vitally important to get a receipt.”

they really gone to jail for having “ stolen” some sand on the beach. They should not have followed this forum, specially how improve speakers stands isolation

having “ stolen” some s

Taking something that diesn’t belong to you, without permission, is indeed stealing! (Not “stealing”

Several countries do specifically ban taking of natural objects as artefacts - e.g in the Maldives any coral or shells. I don’t know what the penalties are, though it is a Muslim country…

(No offence intended to any Muslim readers.)

You can kill adulterous woman but not steal some sand on the beach!
Hopefully i live in France.

IIRC, there are quite a few beaches in the UK which have signs detailing that the removal of shingle is an offence, as this is often imported to protect against erosion of the shoreline.

I don’t recollect a news story to the effect that somebody has been caught using the likes of a digger to steal shingle & sand from a beach but I suspect it’s happened.

I was really just looking at the similarity to the HHGTTG, rather than any moralizing on the practice of stealing sand.

Taking something that diesn’t belong to you, without permission, is indeed stealing!

A simplistic and legally incorrect statement as theft/stealing also involves the intent to deprive of the use temporarily or permanently. Evidence of taking without permission is rarely enough.

Married to a judge so I did check that out before posting and I’ve also been on the wrong end of exactly such an accusation by an employer who had to back down rapidly when their very publicly stated accusation turned out to be, as it were, made of sand.

sorry to have missed your point Winkyincanada, but i was a bit shocked that my compatriots may stay between one to six years in jail because they took some sand from the beach.

Why shocked? For sure is the law there.
Imagine the opposite, tourists committing a serious offense in your country that is not so in theirs.

If each tourist take a stone from notre dame after a year there is no more dame.

Did they know of it? in quite all the world you can take some sand on the beach . Sorry but it’s ridiculous. Of course with my own culture and notion of what should be forbidden or not.
I just share my feeling.
In some of these countries the husband can kill his adulterous wife.
You will say that it’s normal because it’s the law in this country?

the sand belongs to the universe. In absolute terms.

Not knowing the law is not an excuse.

So if I go to a french beach and take all the sand is ok?

I think it’s better to stop now. Your hard morality and inflexible integrity is not sharing my personal vision of the world. Sorry.

Easy for you. If it’s not the french way is wrong. The inflexibility is in your side. Sorry for u.

some sand and all the sand from the beach is an enormous difference.
So enormous that’s a completely different thing.

Sand belong to the universe you said. 1gr or 1T. So qty makes the difference?

of course, all is relative. You can drink some water from a river, but not derive a river to serve your house.

you must be german very probably?