I’m sure somebody on here will know the answer to this; when Linn were selling the K9 cart, what was the RRP?

I’m not sure, but it was my first high end MM cartridge I purchased in 1986.

If I still have the receipt, I will get back with you!

I did google, lots of info, might be helpful!

PS. @ the time my Linn Kairn with brilliant PS had the option of MM or MC!

I took the less expensive route!

The heavy hitters will be more than happy to help you! I know nothing, I just listen to Music, The Why

Thanks! When I bought my turntable in 1986 I opted for a Denon DL-110 over the K9. I think the Denon was about £65 at the time but couldn’t remember the difference in price between the two.

And,.believe it or not.
I have a brand new Linn K9 that is in its original box.

Wow. You won’t have a problem if you don’t want it.

I had an Audio Technica ATF5-OCC, then for reason, I swapped it for a K9, and I think it was a bad move on my part. To be clear, K9 is a competent cartridge but rather dull IMO, but the ATF5 is a better one, with a clear, more dynamic sound.

Fond memories of mine on my Rega Planar 3 into the phono stage of my A60, not that it answers the OP’s question.

(I remember thinking the yellow looked good against the black of the record deck, too).

I have 2 k9s without stylus. I’ve tried the At95e and at95ex styluses which work really well but now I have the 95 vmn ml and 95vmn sh styluses which are in a different league sound wise. Also they fit perfectly without the ugly gap between the stylus and cartridge body’s. Highly recommended for anyone who has any k9s stuck in a drawer! I have one on an lp12 pre cirkus Valhalla with basic plus arm and one on an lp12 pre cirkus lingo 1 with an ittok lv11.

£90 is the last amount I remember spending on one but I think that included trading in the original K9 the Axis came with after I broke the cantilever dusting & cleaning the deck. Think that sometime in the mid 90’s or thereabouts.

Excellent news. Do you have any pictures to show here?

Interesting. I don’t know what stylus my friend has on his but if you’re saying the different types of stylus make a big difference to the sound that could be a nice, cost effective upgrade for him.

When I figure out how to post images I will do. The VMN95 microline stylus and Shibata stylus are made in Japan whereas the lower priced stylii are made in China. I paid £160 for the Shibata and £130 for the microline which I think are a bargain fitted to the aluminium bodied K9. The VMN95E which is the base model is around £40 and would be great to try ,on a budget , on the K9.

I have a great condition K9 here, was always a favourite of mine on an LP12. I should give it a go in the Project arm, but it’s got a job if it’s going to better the Rega R100 already installed. 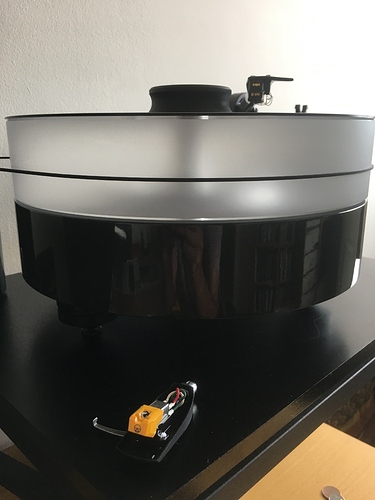 Not sure if I can post photos directly from my phone but as far as the aesthetics go with regard to the VMN 95 range on the K9 just imagine the old AT95E after it’s been on a strict diet!! Fits up against the front of the K9 perfectly. It doesn’t fit over the angled top face of the K9 but looks good nonetheless. I think AT have listened to comments relating to suitable replacement stylii for old Linn cartridges and they’ve come up with the VMN 95 range. They even do a stylus for playing 78rpm records! I think the VMN95 range also fits the K5 but not the K18. 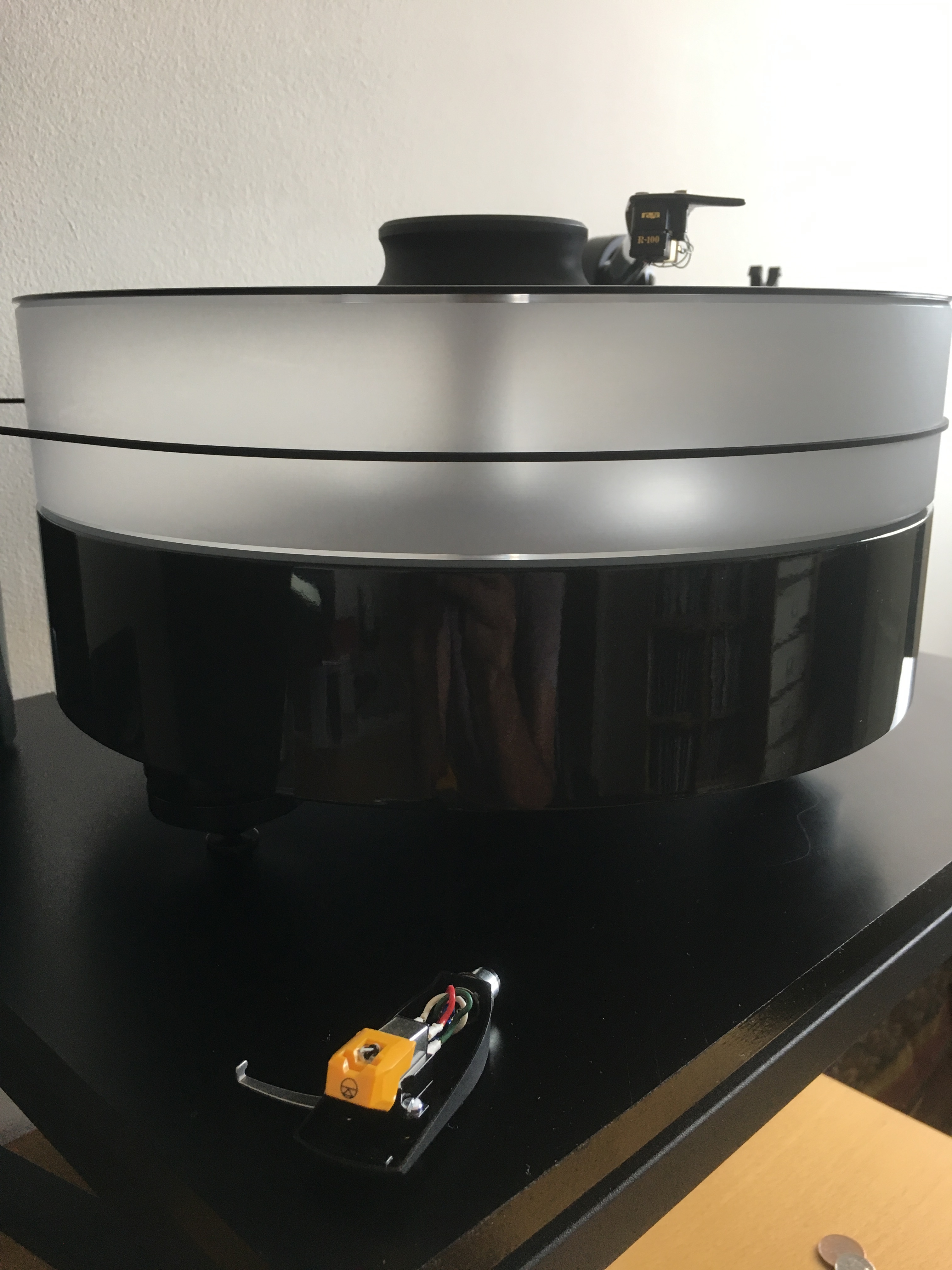 Gray boddied K9 was quite a lot better than earlier yellow boddied K9. I remember it was much quieter and they also changed the body to darker gray. 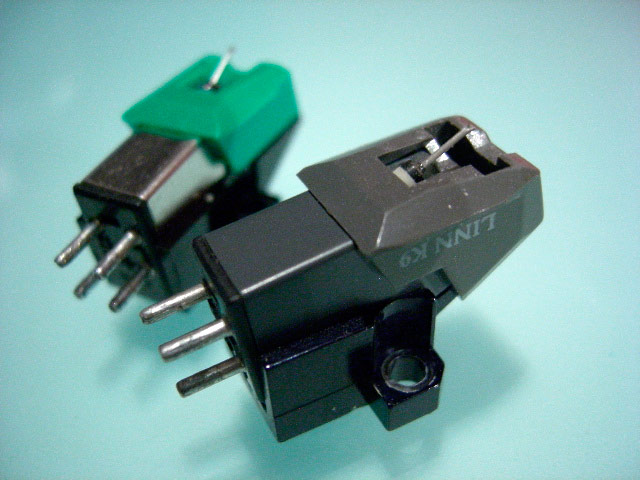 Not sure if I can post photos directly from my phone but as far as the aesthetics go with regard to the VMN 95 range on the K9 just imagine the old AT95E after it’s been on a strict diet!! Fits up against the front of the K9 perfectly. It doesn’t fit over the angled top face of the K9 but looks good nonetheless.

When I was comparing different styli on AT95, 95HE ( hyper eliptical ) was my favourite. I never tried those on K9 because they did not fit correctly. 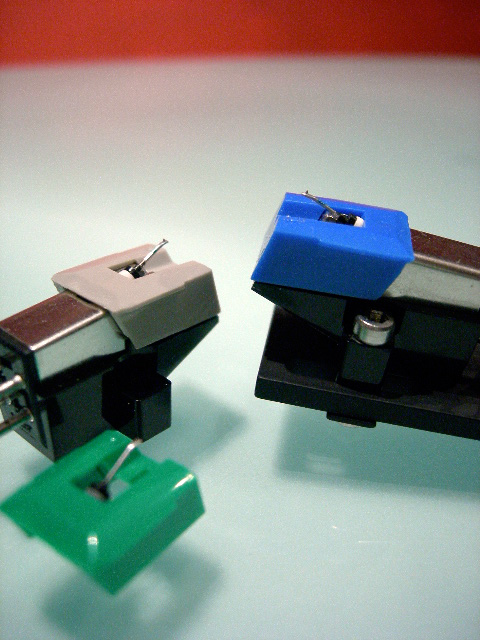 Yes i never had a grey one, but i understand they were meant to be better still.