Superline with Supercap is a stonking option on the LP12. Expensive - but very good. Superline powered separately to the pre-amp via Burndy to Supercap is a big enhancement compared with the SNAIC to preamp such as 252.

Unfortunately I am at my financial limit for upgrades this year. The Akurate itself was already a big purchase for me.

How would you power the Superline though? And I’m assuming that’s an additional purchase?

If your deck hasn’t arrived yet, feels like the dealer could just take the Lingo4 out of the deal, and you’d get a better result with Radikal and staying with the Aria for a while.

I will ask the dealer to provide a price breakdown of the difference between upgrading to Radikal/Urika versus a Superline.

The Superline certainly doesn’t need a Supercap in order to shine - the Supercap just optimises performance. Even in its most basic powered form (AUX2 from a Supernait, NAC202 or NAC282) it’s a superb phono stage and should be an appreciable step up from the Aria. There’s an interim step too, by powering from a Hicap or, should you ever upgrade to a NAc252 our NAC552, from their AUX2 powered sockets.

As for the Kandid, the Superline allows exact matching for load and capacitance through the two DIN plugs, and even nice little upgrades through z foil resistor and Airplug versions.

Can I not power the Superline with my SN3 by using a SNAIC 5?

Yes - I meant that the Superline itself would be a purchase.

I know lockdown makes this impossible, but I would wait until you could demo those two options to make a call. I personally much preferred the Linn stages over the SL when I was running first an Akiva and later a Kandid, but you should make this choice based on a demo.

Thanks @Richard.Dane and all for your replies.

I will certainly demo the Kandid with:

Well, you got at least one answer to that question, though my experience was with the Superline powered off of a 552 at the demos IIRC.

The Kandid’s output is misleading imo…
I have set up my Kandid with SL/SCdr suitably loaded @ 576R+470pf plugs recommended by Peter Swain. No issues with the overall SQ however i sensed far more surface noise and other oddities as i felt the output was higher than the .4mv quoted by Linn for the Kandid.
you would be better of with an SL in E form methinks…unless you can “tame” the Kandid’s output somehow…
As ever YMMV…@Stag

Tasebase
You’re probably right regarding the output, if you look at the other Lyra cartridges they’re around 0.5mv and above
I must admit I didn’t have any issues with the Kandid & Superline, I had the same plugs from the same place
Might be worth holding onto the Superline standard version for now, when he upgrades from the Kandid assuming he stays with Lyra, the SL versions as quite a few forum members have gone for works perfectly with a standard Superline although going for a non SL cart like me then a standard Superline isn’t ideal, I was considering an E but then went on a different course but even then when I had the thing upgraded which was a complete rebuild I had it specifically built for a 0.56mv rather than the normal 0.2

You might want to consider the Lejonklou Entity MC. I migrated from the Urika to the Entity on two LP12’s. First is Keel/ Radikal/ Karousel/ Ekos SE/1/ Kandid, second is same but with Keel Aro/ Aro/ Krystal. Both have a Chris Harban movingui plinth.

The Entity was clearly better than the Urika, and at $2695 cheaper than a new Urika or Superline. The Kandid LP12 fronts an active Naim system with a 552, so that makes me a Naim guy recommending a non-Naim phono pre. In fact, the Lejonklou MM phono preamps are also terrific.

@Stag,.I would definitely go for a Lejonklou Entity mc-riaa,.almost half the price against a Linn Urika. 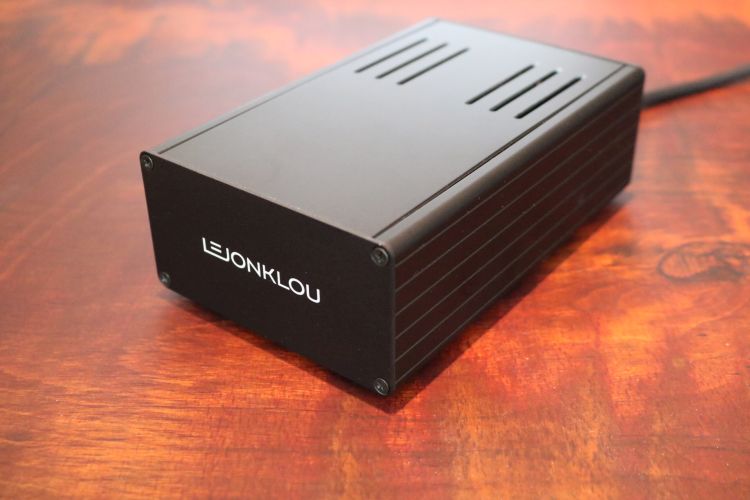 I spent a long time a couple of years ago choosing a new phono stage for my LP12 as an upgrade to the Linn Linto I’d had for ages. I auditioned all the usual suspects with Uphorik, Stageline, Superline, Roksan RPP, Urika and this little beauty from Cyrus (yes, Cyrus!). It blew everything else away. A real surprise. Phono Signature + PSXR2 power supply. Absolutely wonderful. Highly recommended. And it leaves my Radikal to spend 100% of its time powering the LP12 and not sharing duties with Urika tasks. 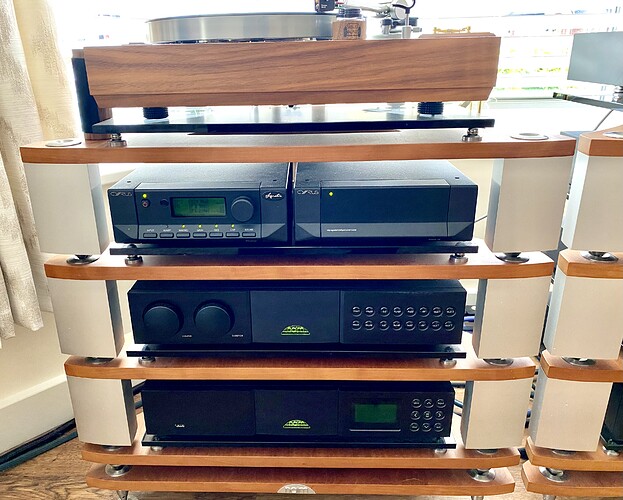 Owned a Urilka for just over 12 months, I am certainly not changing I am a fairly active member of another forum on LP12’s I have never seen it mentioned? not many dealers in the UK

The Entity was clearly better than the Urika, and at $2695 cheaper than a new Urika or Superline

Thing is you can find used Urikas can frequently from Linn dealers at very attractive prices.

That is a hard deal to beat if running a Kandid.

Good to see you back Peder

@ricsimas I ended up taking your advice on the Radikal (Akurate chassis) and Urika 1. To me, it sounded best and made the most financial sense.

Thank you for your advice.