Is or was there such thing as a Linn Sonder LP12? I see it mentioned on Google and also one advertised, or is it just a silly spelling mistake?

Surely t’s the telegram that you get from Glasgow if your Linn dealer contacts HQ to inform them that you’re trading in your LP12 for, say, a Solstice?

It may be delivered by owl, as in the Harry Potter novels.

Or it could be a fake… Chinese attempts at English are rife with odd miss-spellings - one I recall is Nickey Nouse!
But if it goes cheap enough, maybe it’s worth a punt? One of my Bryston amps I bought through eBay at a remarkably low price - which I think was because the name was spelt wrong (may have been Byston), so wouldn’t have appeared in most people’s searches… (And nothing wrong or suspicious about it whatsoever.) 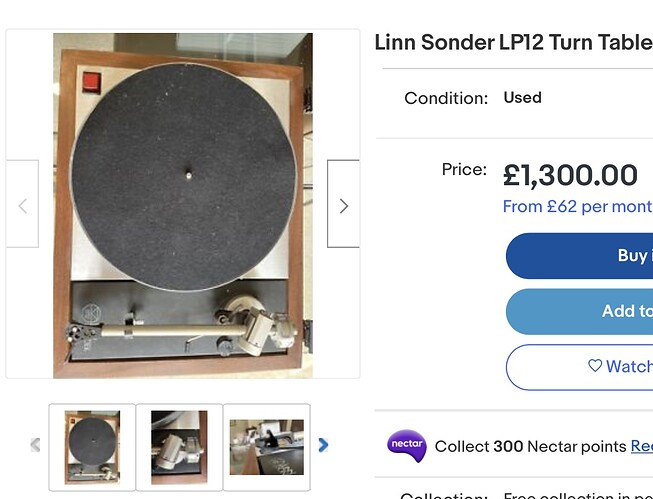 100% agree. One for someone who can break to parts.