Linn has always had a ‘thing’ about the non-standard use of the letter ‘k’ in naming its products, from the ‘Sondek’ onwards. I’ve often wondered how this peculiarity came about.

Does anyone know where ‘Sondek’ came from, and why the ‘k’ tradition has largely kept going?

(‘Sondek’ is obviously a rewrite of ‘sound deck’, and am I right in remembering that design of Linn’s first tonearm, when it dropped the Grace connection, was under the guidance of a Mr Ito?)

I have often wondered, so I thought I’d ask.

Not as interesting as Harold Bluetooth.

According to Sanskrit there are seven chakras.
I can see the logik of using six in an active system - but what would the seventh power ??

I believe this is due to the K forming the symbol for capacitor when there is a circle around it, as in their logo.

Of course as my dealer once said, “The education system up north isn’t very good. No one at Linn can spell.”

Careful now, I went to school in Edinburgh!

But that’s an intriguing theory on the ‘k’ usage, thanks.

A simple way of getting unique (unika) product names?

Did you try asking Linn?

hmm… I always thought its a lot easier.
for me the logo reflects a stylus in a groove, turned 90 degrees to the right it looks like a „K“ in a circle. thats it. At least for me. 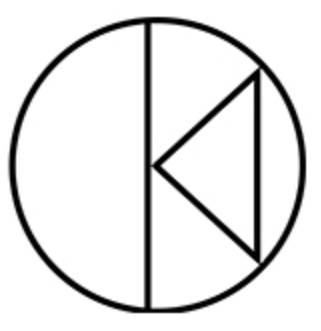 but what would the seventh power ??

This is the correct explanation.

I have a vague memory from when I did dealer training that the Linn logo was meant to be a e representation of a single point bearing as used on the LP12. This might just be me imagining it though…

due to the K forming the symbol for capacitor when there is a circle around it,

Except that’s not a symbol for a capacitor, rather more akin to a diode… (though with extended height vertical line and without the in-out wires, and reversed compared to conventional notation for a diode other than when in a circuit that way round).

That’s exactly what I meant to say too!