The legend Little Richard has sadly passed away at the age of 87.

One of the All Time Greats. RIP.

Time to hunt out my old mono…whoops, stereo!.. album and get whoopin’.

One of the great performers, RIP, Little Richard

Not another one - 2020 is starting to look like 2016 with the loss of great musical talent.

R.I.P. a man who was a great performer and influencer.

He also produced probably the greatest lyric in rock with

RIP, thanks for all the great music.

Saddened by this one. RIP Little Richard Penniman.

My first musical hero, and I got to see him in 1961 or was it 62 at Kingston Granada, I was so excited a true original, very sad to see him leave us.
Chris

I’m very jealous, Chris! Even 70 years later, his voice alone leaps out of the speakers and throttles you in a way that (I’m going to say it) no-one else’s does.

Having only been familiar with his early hits, I bought the Directly From My Heart 3-CD set a few years ago and was staggered afresh at how ahead of his time he sounded. The original lyrics to Tutti Frutti (google them if you don’t already know them) might well not get played on mainstream radio in 2020.

Don’t forget - this was the man the Stones used to open for.

If you’ve not already then I’d strongly recommend his debut album “Here’s Little Richard”. As good a debut album as you will hear from 1957 and has aged tremendously well.

I have my original vinyl copy poised…still in excellent condition…a birthday present from my elder brother when I was 8 or so!

Does anybody recall watching this at the time, I remember dangling a microphone attached to our valve reel to reel in front of the TV speaker:

A workmate just told me he met Little Richard a few years ago, who was a visiting Pastor at his church.
Pastor (or Rev’d) Penniman I guess.

Sadly, he didnt preach, which I’m sure would’ve been some sermon!

The original lyrics to Tutti Frutti (google them if you don’t already know them) might well not get played on mainstream radio in 2020.

They certainly wouldnt in 1955 which is why the song was rewritten. Was the original ever recorded though?
A lot of thinly disguised code was used back then for certain subject matters, sex, drugs etc
A couple of examples;
Rufus Thomas Bear Cat
Big Joe Turner Shake Rattle And Roll “I’m like a one eyed cat peepin in a sea food store”
Cab Calloway “Kickin’ The Gong Around” ( marijuana)
And of course Tutti Frutti, so funny to think how many teenage kids, or Teddy Boys in the UK who undoubtedly in those times would be homophobic grew up singing this not knowing it’s original meaning.

Coincidentally. Just before hearing the news I had been listening to this excellent Properbox 4CD set.
The Cosimo Matassa Story spans the late forties to early seventies and includes the early recordings of Little Richard alongside recordings of other contemporary New Orleans artists of the period 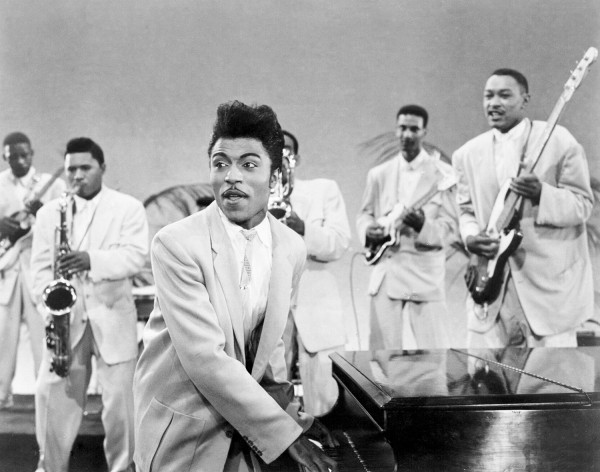 “Tutti-Frutti,” “Long Tall Sally” and other game-changing tracks from rock and R&B pioneer