Should be interesting, as the previous one which was comparing MSB Premier, Grimm/Tambaqui and Nd555. 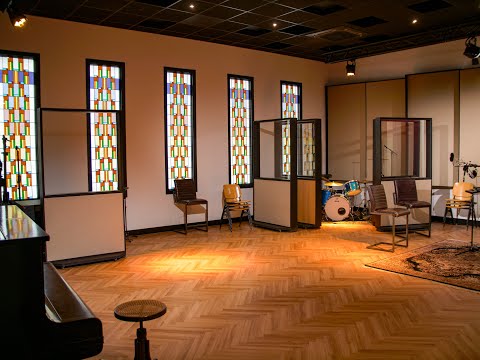 It’s ready to be seen now. The shoot out is between 4 dacs, between 3k and 5k euros: Denafrips, Sonnet, Bryston and Rockna.
Speakers are Sopra 1. I didn’t understood what is the integrated amp or electronics.
Will watch the video later, because already late…and more than 2 hours test.

I’m puzzled: how does a video watched on a phone, tablet or computer tell you how it sounds? Or is it someone describing what they feel/hear?

I was always thinking the same as you. But recently, I posted a video test on Sopra 1 vs Kudos 606 , and was surprised to hear differences between the two speakers on a same system.
Some could also identify clearly the differences, watching the test on YouTube. I was even not using earphones, just directly on my IPad Pro.
Try yourself IB.

With speakers I’m not surprised you can hear differences, even if recorded on a phone or tablet with inbuilt microphone and played back similarly, because speakers generally sound so very different from one another.that even a limited quality device is likely to capture at least some of the differences. I’m less convinced about DACs, though some differences might indeed be significant enough to capture and replay on limited quality devices. There is a further limitation in that I think you said the video is 2 hours long: I’d have to be pretty convinced the time was worth it to even start watching it, though if I find myself with a spare 10 minutes or so. I may have a dip into the beginning to see if it seems worth continuing. If it was text it would take a lot less time to read.

This would suggest otherwise?

Yes indeed that can be useful, helping identify if what I think I’m hearing is real, and for tge better. As an extreme example, when I first heard Dave DAC my cellist son was with me on the trip and came in just out of curiosity, uninterested in hifi but instead of sitting in the car for a couple of hours. Started with hearing my Hugo, as the base point, then TT, about which he made some favourable comments at the end, but when Dave started playing it was only just into about the second bar whe…

I tried to hear differences but it demanded a lot of focus and effort. Perhaps overall I preferred the Bryston here. I spent 30 mn on it, didn’t had the courage to listen to all.
On the other Live Event which was comparing Nd555, Mola Mola and MSB, I found it easier to hear differences.

I haven’t bothered with this one but a while ago I listened to a few comparisons on Fremer’s site, a comparison of a Transfiguration Proteus with a Kuzma cartridge and also a comparison of several of the SAT arms, via Airplay from my ipad to the ND555. In each case I could hear enough difference to form a preference, namely the Proteus and the most expensive of the SAT arms and all before Fremer revealed which was which.

I’ve no urge to trade in my Schröder for a SAT though and my worn out Proteus is languishing in it’s box rather than winging it’s way to Mutech or even Ana Mighty Sound for a rebuild. The SPU Royal N that replaced the Proteus has however gone to Denmark for some TLC and I’m rather missing it.

Yes, because you can hear clear differences when reading text.

Touché! But I meant learning what reviewers think in a comparative review, enabling me to glean in just a few minutes whether likely to be worth auditioning.

hear for yourself. Nothing better than answering your own questions.

You will have seen that I did say: “if I find myself with a spare 10 minutes or so. I may have a dip into the beginning to see if it seems worth continuing.”

Yes if there is a huge difference between DACs it might indeed be audible even through the medium described - hiwever my Dave experience was comparing a high level DAC with one only half the price whereas if a shootout is comparing DACs at a similar level the differences are likely to be much more subtle. Against that with speakers those even at the same price point tend to have very obvious differences.

I’ve never heard a Feikert but I’d like to hear the two or three motor versions. I don’t think Frank Schröder was involved in designing it, he still owns the design for the SA-1 , though I don’t know about the power supply which is an important part of its performance. Artemis itself went bust.
We’re getting a long way from live streams.

I think the video should identify on the screen the dac being played. It would be more easier to follow.