It has been a while since I have been lurking on these forums, but a lot has happened since the last time I posted. Have had some mixed reactions on the personal side of things, but great feedback on my speaker journey. Which ultimately led to a pair of Ovator S400 speakers. I have been enjoying my system thouroughly ever since and have even been able to add that long overdue HiCap to the Supernait, which proved to be another step in the right direction.

Speakers are still not really positioned optimally for soundstage, but do produce the best overal tone and bass response in my room to my ears the way they are placed currently. Compromises have been made particularly in width (just over 2m apart and somewhat short of 4m from the listening position, 5M11 wall tot wall) to free up space around the speakers. Soundstage extends past the speakers baffles but is in no way very wide. It’s pretty well defined albeit a little cluttered in the center space between the speakers. This factor could still use more experimentation, but the fact that i’ve not cared much for it and have been enjoying everything i put trough the system says a lot to me.

Ever since i’ve added the HiCap in December, the sound has gained in body and power without sounding overblown. Gains were made in the DAC department too. I use both TV and an original chromecast (using Spotify connect 320kbs) into the Supernait’s internal DAC to great satisfaction. I have read may a topic regarding the inferiority of the Snaits internal DAC and Spotify to many other external sources, but to me it was the internal DAC which led me to the original Supernait back in 2016 and am still very happy with it as a source. That being said. The CDX2 is superior to the DAC in terms of overal SQ, but only if you know what to listen for, and only with very well recorded stuff. While both sources are free of speaker boundaries, Eagles’ live performance of Hotel California is wider and bass is a tad more agile compared to the somewhat thicker low end of the DAC. Which i don’t dislike for the majority of music i listen to.

Fact of the matter is, ever since i’ve added the HiCap, The convenience of Spotify/Chromecast into Snait has been my primary source and my trusted CDX2 hasn’t been used all that much, if at all. Which has lead me to questioning many times if it’s time to sell/trade-in the CD player and go for a stand-alone Naim streamer. Discussing the topic with my dealer last year has made me doubt it at the time, for they felt there is no other player quite like the CDX2 in terms of fun factor.

So right now, i’m mostly curious of what other people think of this step in my situation, knowing that i’m perfectly happy with what i have today. I’m thinking pre-owned ND5XS or NDX both of which should be obtainable within a reasonable budget.

What i’d like to gain is:
-Less boxes/interfaces
-Better SQ from the DAC and also equal/better performace from TV, as opposed to the Snait DAC and preferably closer to CDX2 levels of performance.
-More flexibility in terms of connectivity. I order of importance: bluetooth pairing, Hi-res streaming services and maybe even a NAS but without loosing the convenience of casting/spotify connect.
-Remote control! I don’t like the idea of solely using a dedicated app to control everything.
-The option of eventually trade in the Snait for another Integrated for the DAC would be redundant.

Another route alltogether would be the NAC272+250 but that would render even more boxes useless and would for that matter be a step down in terms of upgrade ladder steps.

Lol! U r where I was some months ago, streaming had rendered my cdx2 and tt more or less redundant… having said that even if your cdx2 is a later one with spdif digital out the low resale value compared to what it cost new I think makes it worth keeping… so I started by steaming Spotify through n-dac in to 202/200and really enjoyed the convenience and sound quality, I’d recommend moving across to Tidal for sq then the best streamer and dac u can find, for me the older generation is perfectly good as I they talk to tidal quite happily. I ended up with an NDS, expensive but so much cheaper than nd5xs2 or ndx2 and giving fabulous sq but any decent transport and dac will transform your enjoyment- I’d look at that before upgrading power sources

I had a pair of Ovator S400 speakers with my SN 2 hiccup fed by a NDX 2 and the sound was fantastic. I never missed the CD player once I went to full time streaming. Only way to know is arrange for a home demo. I do enjoy the hi-res availability on Qobuz and still play albums from my CD’s that I ripped to a NAS. 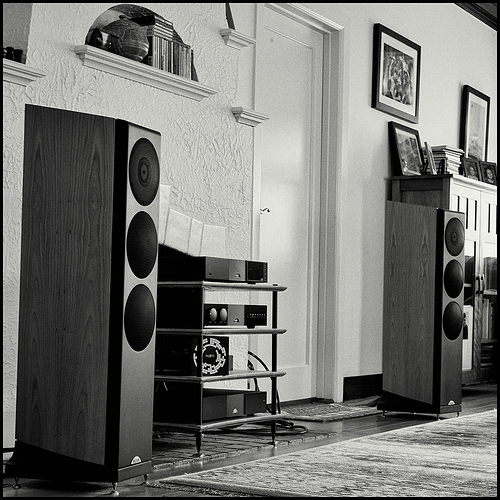 You can upgrade slowly. I added a NAC 282 to the SN 2 and it was fantastic, then traded in the SN 2 towards a 250 DR. All home demo’s through my dealer before purchase.

The convenience of Spotify/Chromecast into Snait has been my primary source and my trusted CDX2 hasn’t been used all that much, if at all.

This is how I started too, and many forum celebs told me it should sound wrong - but it doesn’t! Heh

My suggestion would be to get a higher quality streaming subscription like Qobuz or so. Add an nDac between the chromecast and the SNait and you get to a quite different level.

If we are being picky about sound (surely our raison d’etre?), I’d rate a lot of CDs on my CDS2 as better than any stream I can find for my NDX2, and using the CD saves the bother of trying to find the right version among many. How much that little difference matters to you, even if you agree with my result, is very much up to you.

That’s about it for the reasons to keep a CD player, even with the very low resale value. If you want to cut boxes…

My ears can find no worthwhile difference between rips of my CDs and playing them, so ripping your CDs to a cheap NAS (or a Naim Core) and replaying via the streamer becomes a good option and covers any ‘what if my internet is wobbling?’ concerns.

I rate Qobuz as better than Tidal most of the time, though I use both - uncompressed files do sound better.

Naim’s older players work well, but are limited by the architecture. I have NDX2 (plus XPS2 power supply) in one system and ND5XS2 in the other (thank you eBay) and rate both. However, you do occasionally see some amazing value on old NDS and (more relevantly perhaps) n-DACs.

NDX2 is similar in sound quality to ND5XS2 plus n-DAC to most who have commented on it here. It would work well with SN+HC. If you want more of everything, you can add the XPS2 to NDX2 (though not to the ND5XS2 itself), but it is really not mandatory.

The NAC272 is again old architecture and rumours persist of a replacement. That plus a 250 would give a good deal more than any SN can do, as @seakayaker suggests, and is not too bad for box count. However, I fear that our enthusiasm may be stretching the topic (and your spending) further than what you are asking about now.

In any event, the 272 replacement is not here, and the actual 272 is certainly limited in some ways (e.g. I stand to be corrected but don’t think it can handle Qobuz at all). It or an NDS may be a compelling bargain if you don’t mind the constraints, but otherwise I’d suggest letting eBay provide a s/h NDX2 or waiting for that 272 replacement.

I hope that helps.