I thought it might be fun to start a thread for people to post pics of systems they grew up with or once had.

I’ll start the ball rolling with this - a Ferguson Studio 6 music centre we had at home when I was growing up in the 1970s. This what I played my LPs on and this is what I recorded John Peel sessions on. I can remember my dad, when he was around, playing comedy tapes and records on it (Goons, etc), and my mum listening to Two Way Family Favourites on the radio as she was doing the Sunday roast. 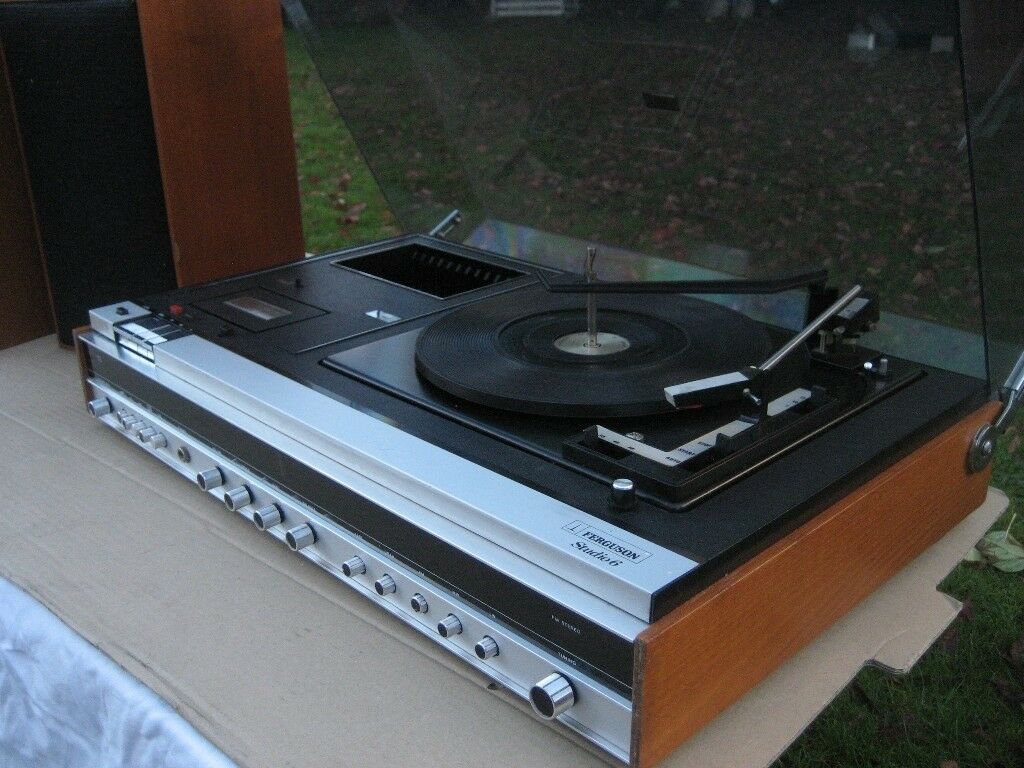 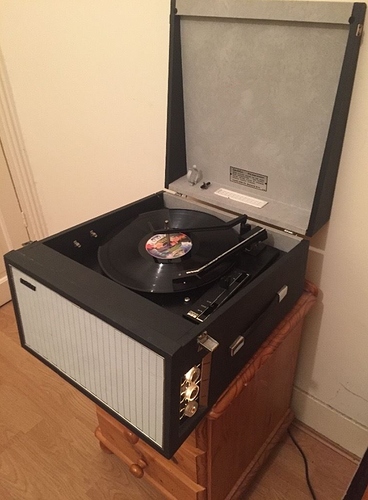 Inspired idea for a topic Kevin!

I started with this Hacker stereo hand-me-down. It wasn’t that bad actually! 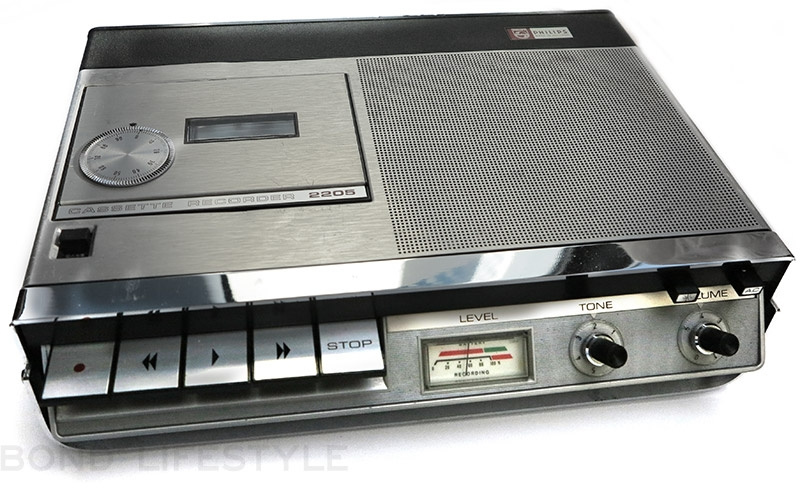 This is where it started …

This is what got me into Hi-Fi, late 70s version of the Nova, which I have today… in fact a while ago I trawled the net for images of all the components I’ve had over the years and saved them all. Now I can bore you all with the journey… 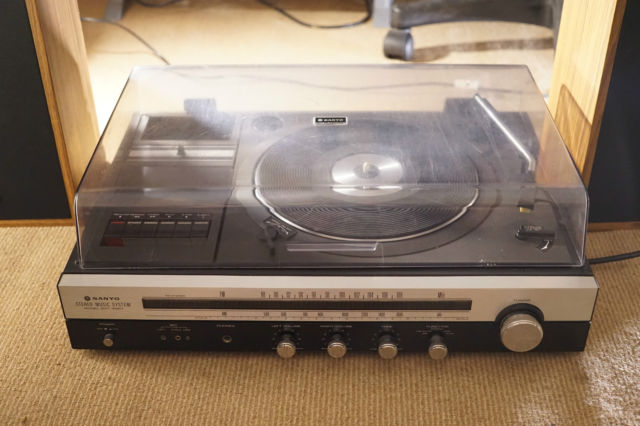 At the end of 1981, I had enough cash saved to buy my first stereo I could call my very own (it went to Uni with me the following year). At the time my mum worked as a secretary at the-then massive US conglomerate ITT, and she got staff discounts on the company’s consumer goods - thus we had an ITT telly and a couple of ITT radios in the house.

The stuff I bought that year consisted of a little cassette receiver called the MTT 20, which came with speakers: 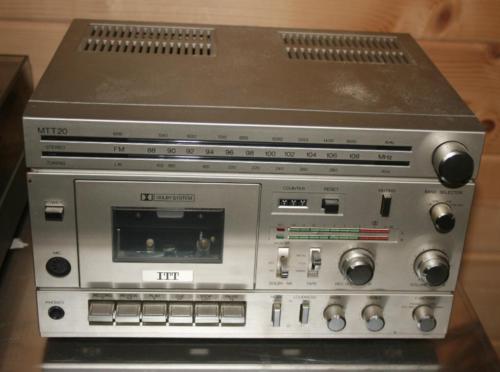 I also bought a semi-automatic ITT turntable - a rebadged BSR, I think - called the HiFi 8014 which came with an Audio Technica cart. I loved it 'cause it had a strobe… 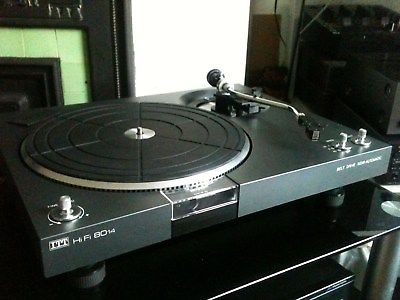 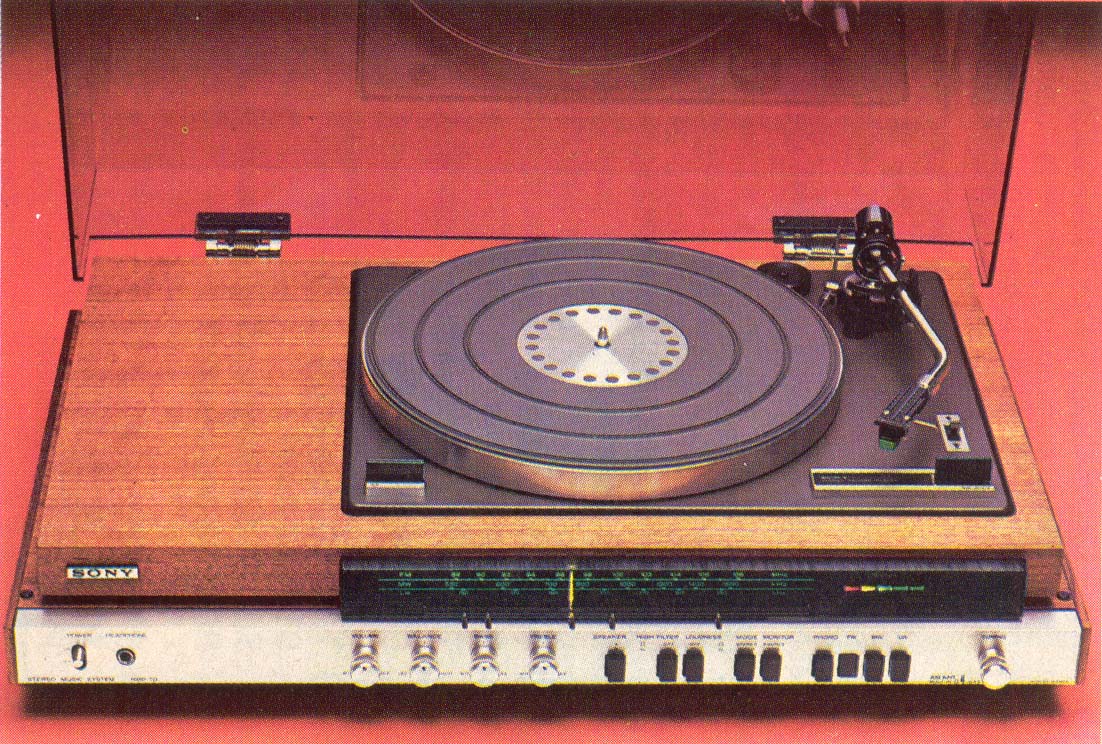 Great memories of my Sony HMP 70, though it did get through belts at a rapid rate! Sounded great though

In 1982 aged 16 I bought a Waltham Music centre in McKenna’s Electrical in Dean’s Grange Dublin with my first few pay packages. 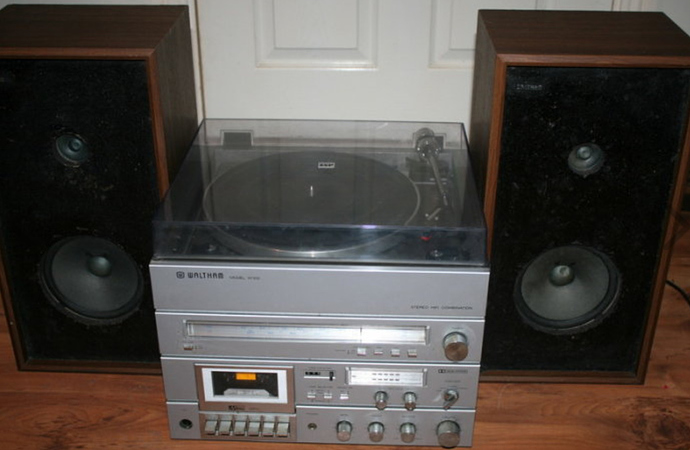 So much fun was got from this system 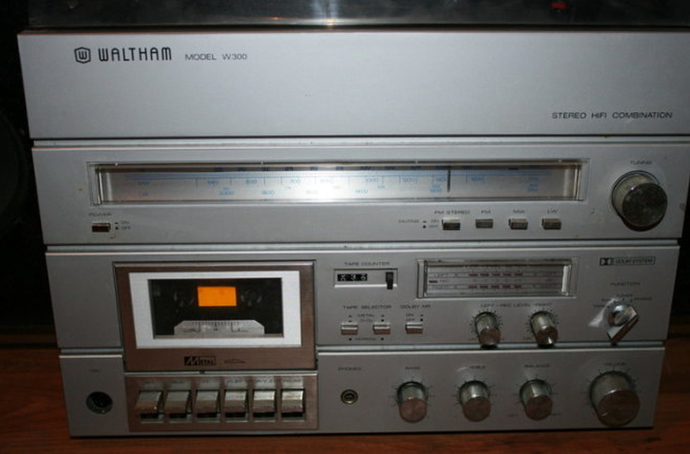 I remember cycling in from work at lunch time into “The International Record Lending Library” off Grafton St in Dublin swapping the record I’d just recorded on my Maxell or BASF C-90 cassette for another to record. By God did those records crackle though the pits and groves. possibly why i was such an early adopter of CD!

Its my new avatar but here it is full sized. This isn’t the actual one but the same model that was used to quiet the infant Yeti. 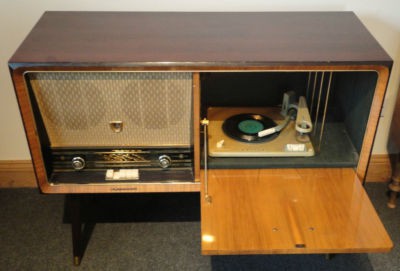 I remember hearing Intersteller Overdrive on it for the first time so it lasted until I was at least 16. I had high hopes for stereo but the Hitachi music-centre that replaced it wasn’t nearly as musical. 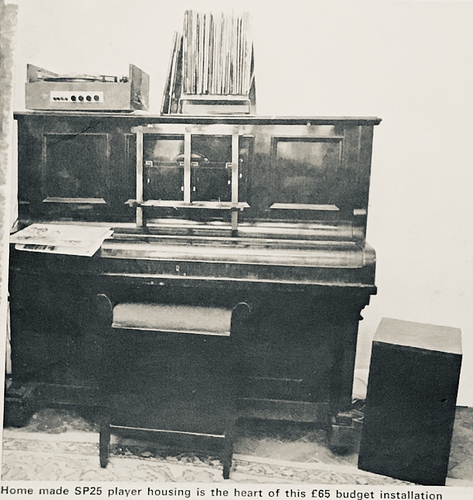 Shure M3D - Garard SP25 Mk II - Sinclair Project 60 modular amp with Z30 power amp modules and PZ5 power supply (star-earthed!) in plywood plinth, but it looks as though I may not have made the perspex lid at the time of this pic. Speakers were reflex design of my own, with Eagle FR8 full range (supposedly) drivers. Sounded great to me and friends, even parents, though quite muted treble, and bass while down to 40 was not exactly fast - but none of us had heard better at that point. The first thing upgraded a couple of years later wss the speakers, becoming 3-way using those drivers on mid.

It was featured in a magazine which was, erm, critical of overall sound quality but they praised the achievement for the tight budget, though the they were more impressed with Pink Floyd’s Saucerful of Secrets that I played first, than they were when I put on something classical. The photo shows it on the state-of-the-art rack, my parent’s piano! Also shown is my record collection - though actually that was my brother’s and my records together, as think I only had maybe 3 or 4 of my own at that point. 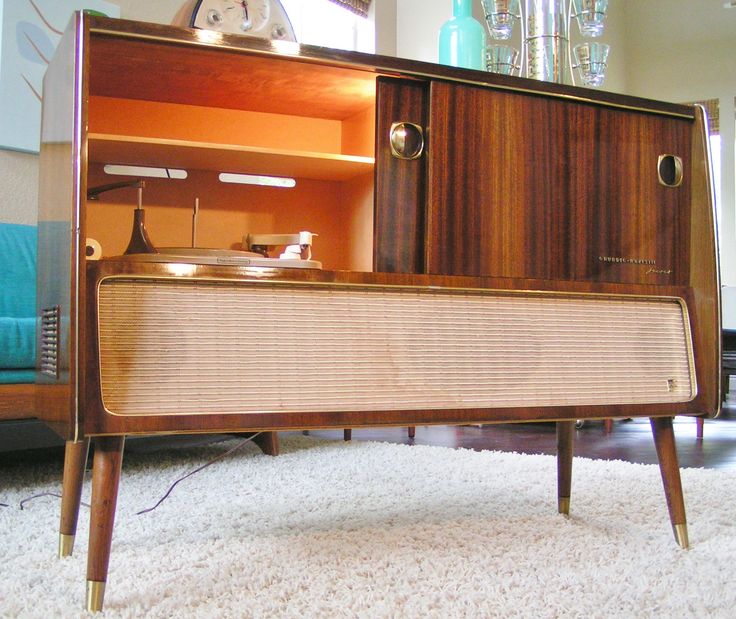 The first encounter with Hi Fi, a great sounding Grundig console belonging to my parents. A record changer on the left and a fine tuner on the right. The warm delicious sound came through tube amplification and three speakers arrayed along the bottom. 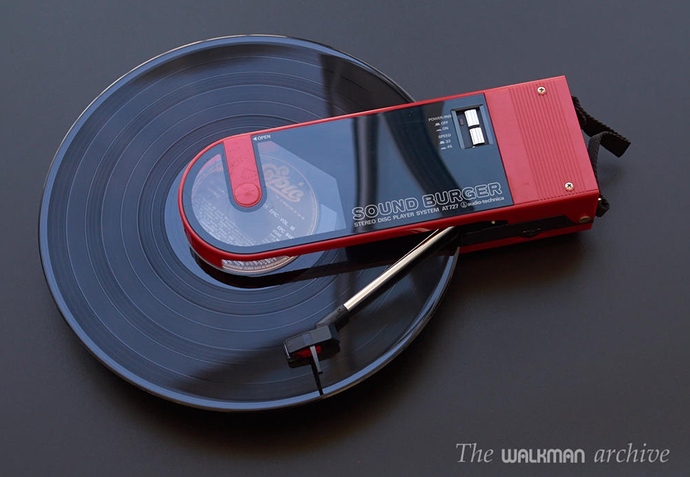 As a very skint student I resorted to the Audio-Technica ‘Soundburger’ with ‘phones or little speakers. It was supposed to compete with the ‘Walkman’.

Jogging was out of the question for obvious reasons.

Had one of these marvels in my youth too. Loved watching the lights go all the way up to red.

A Trio KD1033 B with Shure cartridge did great service for me through university, it was replaced by a Roksan Xerxes in 1985 or so. Lovely deck, googling for an image I see they are readily available on the 2nd hand market for fifty to ninety quid, it’s quite tempting to get one to fed the Nova.

My first cassette recorder - a Philips EL-3302. I played the pre-recorded cassettes of The Jungle Book and The Aristocats almost to destruction with this one. I still have it - pictured here; 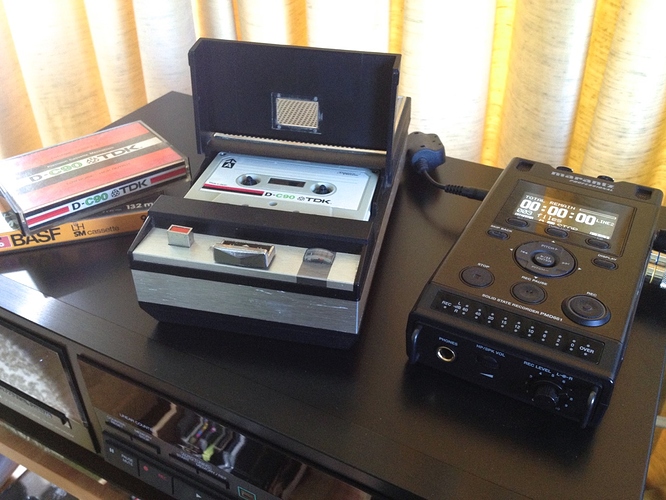 I also still have its replacement, a Panasonic RX-5020 stereo radio cassette. It’s had a tough life though, but I use it almost every day out and about in the workshop, doing any decorating or maintenance about the place. Still sounds good, and never had any reliability issues. Amazing! Here’s a pic (not mine); 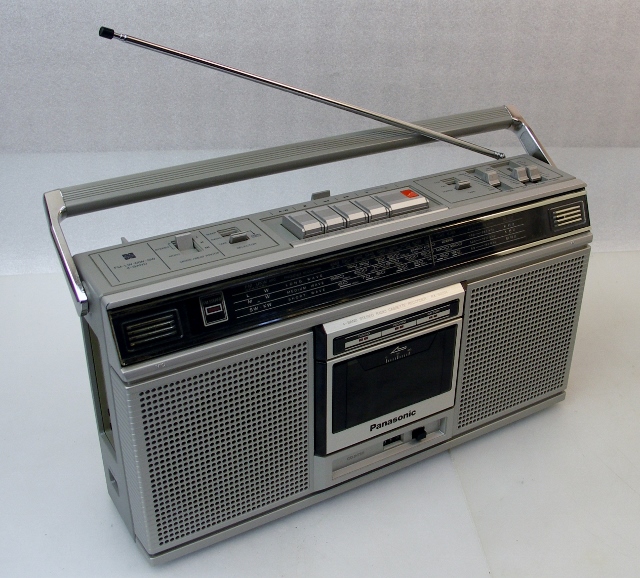 Great thread! Osprey … I had a Philips N2205 way back when. I remember buying the musicassette of Led Zeppelin III when it was released.

My introduction to stereo was the HMV Stereomaster, purchased by my father in 1966, on which I enjoyed ‘Sgt. Pepper’s Lonely Hearts Club Band’ by some obscure group from Liverpool: 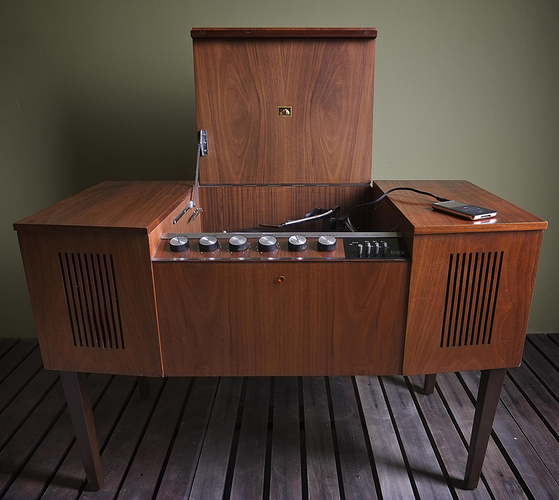 The first stereo system that I could actually call my own comprised the mandatory Garrard SP25 MKIII with a pair of truly dreadful Apollo 66 speakers, which were soon replaced by Wharfedale Tritons. The amplifier in this system was the Duette SA400: 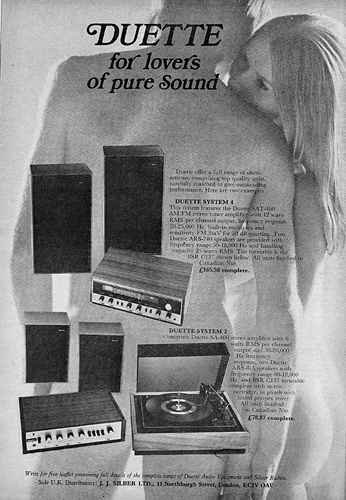 It was a dreadful system but I loved it. I recall playing Savoy Brown’s ‘Looking In’ to death on it!

Osprey - I had the Philips n2205 too, it’s what got me started circa 1971 I think. For late night listening out of Parents’ earshot I would use the old fashioned pneumatic headphones (the sort they used to give on aeroplanes in the 1970s) with the open end over the loudspeaker, held in place with a weighty book ! The mathematics test book was quite good for this purpose. 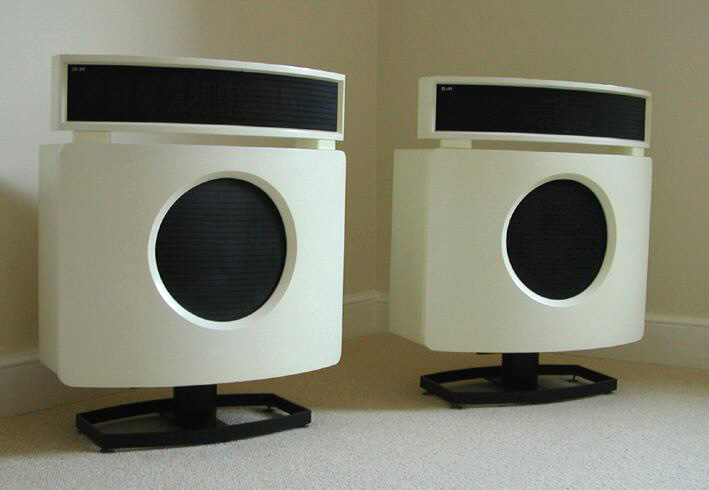 I bought a pair of these B&W DM70 (Improved) loudspeakers in 1972. I recall they cost me £550, which was a lot of money at the time. This is a photo off the web, as my contemporary pictures will be a box in the loft somewhere. They had excellent bass courtesy of their 15 inch driver, but the electrostatic unit that handled midrange and treble was what made them special. That and the size, which was considerable in our small flat.
Best
David

I had a Keletron 7x7watt stereo amp with some home made speakers and a Philips n2207 cassette player as a source. Did ok for me right through to uni. 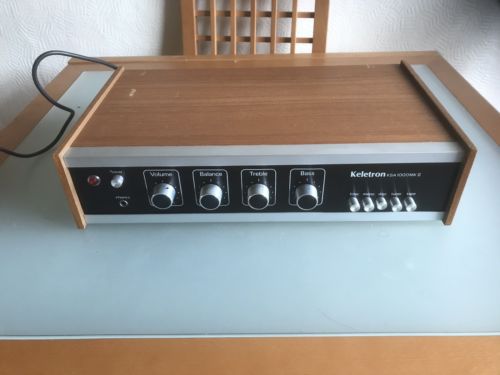 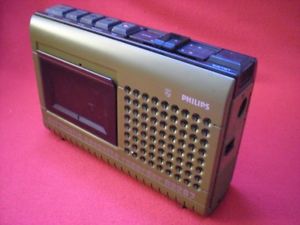 I started with the pye version of the same cassette player Richard started with. Think it was away being fixed for 4 out the first 6 months.

Luckily in the meantime my parents went into debt to buy me one of these Ferguson stereos. Think it was £39.99, and I thought it sounded great!! 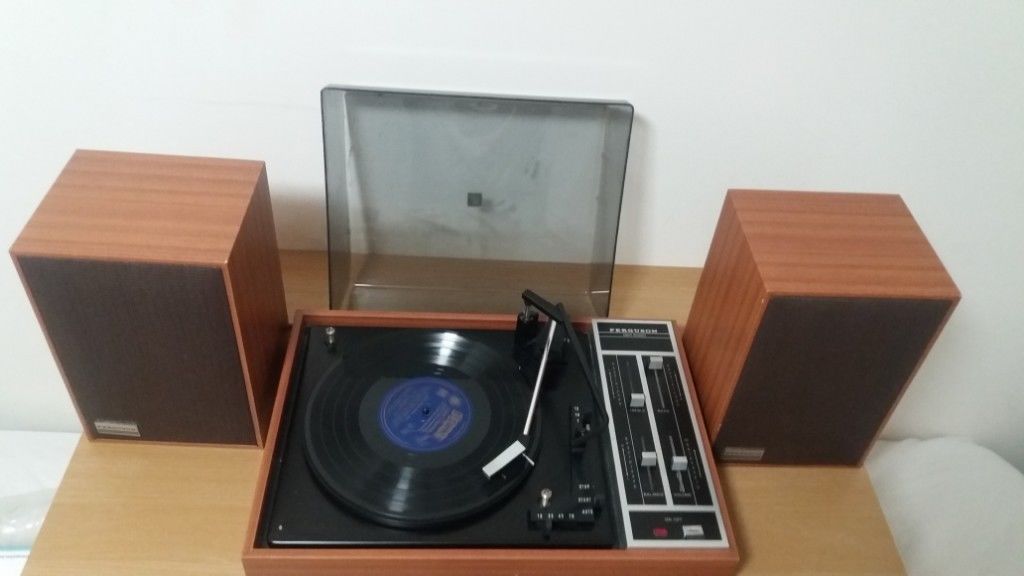 Amazing how Philips cassette recorders crop up frequently, sign of the times, taping from the radio perhaps? :0)