This would be an interim measure but…

My Chord Hugo TT2 DAC is currently in pre mode going into the 202. Long term I’m going back to integrated. Short term I’m wondering about removing the 2o02 and going straight from the Chord into the 200. This would also enable me to lose the HC2 DR and the NAPSC.

1 - impact on sound quality? Has anyone done this or similar? I’m going to guess it’s a step down to some extent but… is it?

2 - which specific cable would be needed to go from the Chord to the 200? There’s currently a 1m run of Chord Epic from the DAC to the pre. RCA to RCA (I think).

Others better qualified to comment on this but I thought the feeling was that Naim power amps required Naim pre amps to really run well?

Thanks. That’s my guess. I’ll need to decide if I can live with it for about 8 months as the new amp is going to be a birthday treat come October.

I once tried a 200DR with a non-naim preamp and didn’t find any issues, it was a different presentation for sure but it worked well. Better or worse would be subjective, to iffy to generalize IMO. For many around here it would be borderline heretic, don’t expect a lack of bias.

which specific cable would be needed to go from the Chord to the 200?

This one looks like it may do the trick: 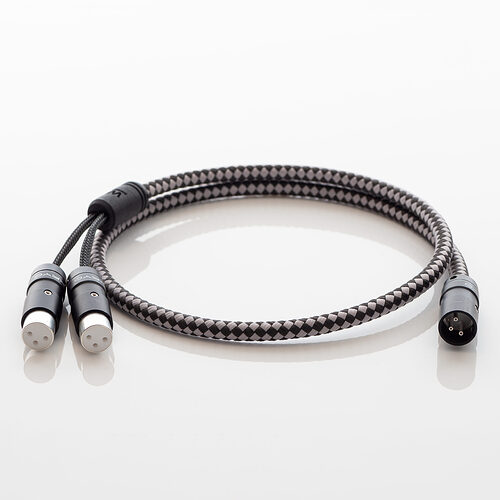 Not sure what that means Richard? Is that a reference to removing the current cable or inserting a replacement?

The cable shown above is not suitable.

I tried a similar experiment with Dave/282/250. Losing the 282 bought about a welcome decluttering of the rack, and sounded better than I thought it would.
However, this move inevitably led me to try the Chord Étude, designed to partner Dave, and this was a much better combination, so the 250 went. Maybe a Ttoby or Étude would be a suitable match with your TT2. Why spend money on an integrated or preamp you don’t need when you could stretch the budget further with just a power amp?

Like @ChrisSU I used a Chord Etude with the Dave and it was a great combination. I think you have said previously your speakers are going nowhere, I think the Chord Ttoby with your TT2 would be a great set up.

Yes indeed, the speakers are going nowhere. However, DAC as pre is definitely an interim step to an integrated so the addition of another amp is off the agenda.

I’m still not clear what specific cable I’d need though, nor indeed from where I would obtain it.

Not sure why you would want an analogue preamp as part of a non-Naim integrated, but that’s your choice.

For TT2 to NAP200 you just need a 2xRCA to 4 pin DIN cable. Any competent cable supplier should be able to make one up. If in doubt show them the pin layout diagram on the back of the 200.

I see, you need an integrated amp for other sources such as a turntable or CD player ?

The only sources would be the streamer/server and the TV.

Your TT2 is also a pre why do you want another pre if you have no other sources, do you think it will sound better ? I run the Dave/Mscaler into active ATCs without a preamp sounds great.
Worth a try, you might like what you hear and save you some cash.

Sure, that’s essentially what I did too, but I still don’t see why you would want a redundant analogue preamp - unless you have analogue sources too.

I’m not sure where the idea that I’d want another analogue pre has come from or what would be redundant?

Later this year the 200 then goes and the TT2, this time in DAC mode. goes into a new integrated.

Where do you think the redundant pre is?

You have a pre capacity in your TT2 why do you want another ?

I’m saying that if you buy an integrated amp it will include a preamp that you don’t need. TT2 into power amp avoids the redundant preamp that would be part of your integrated.