Looking for some advice on the next step.

Fallen out of love with my uniti Star since a house move (new build) and change of listening room. I now predominantly listen at low volumes and feel it is lacking (narrow soundstage and low powered bass) and am not sure if it’s a function of speakers/star or simply down to the room. The system certainly sounds much better when cranked up, but, alas not possible most of the time.

Up to £3k to spend before any trade ins, and prepared to spend a bit of time and money over the next few years adding or tweaking.

Couple of assumptions on future system, mainly Naim based and vast majority of listening will be digital/streaming.

Several options present themselves either immediately or in due course.

1- replace speakers to something more suitable for the room. Suggestions welcome.
2- buy used 250 dr and pre amp from the star until it can be traded in against ‘new 272’ if and when……
3- as above but spend a couple of years saving for suitable pre amp and ND5 XS2 or NDX 2
4- Supernait 3 and NDX 2
5- Nova
6- Room treatment of some description.

If it helps with any suggestions I also have in the loft
Luxman m-100 amp recently re-capped
Nakamichi CA5e ii pre amp
Cambridge Azur 740 CD player with option to use the onboard DAC for 2 digital inputs.

All suggestions appreciated and welcome.

If the Star can be used as the pre then the best of your options would be the 250. That will give you the control to give the best of the current speakers and will be good for any speaker upgrade.

If nothing much has changed this demonstrates as we know the effect a room can have on the overall sound.

I’ve not heard a Star but I’d imagine it’s not far off Nova performance with the bonus of CD ripping.

Star is rated at 70W into 8 ohm, Nova 80W into 8 ohm speakers. The toroidal transformer in the Nova is a little larger but perhaps not too many other differences? 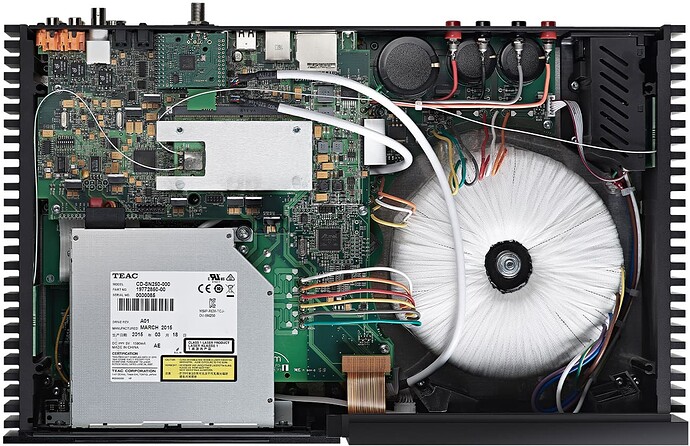 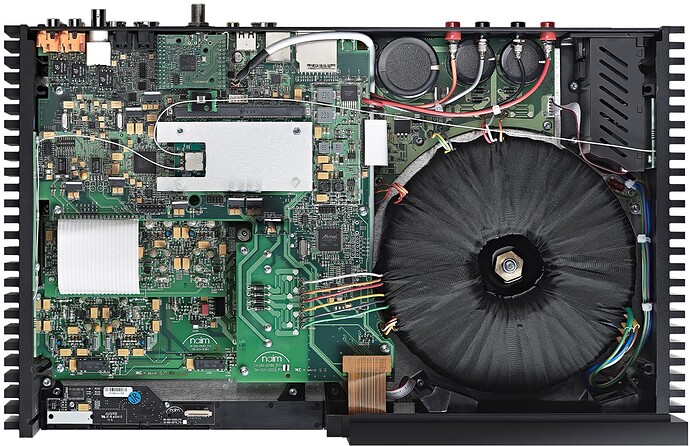 Firstly if you have the Star I think the Nova would be a sideways step, especially if you planned to add a NAP.

I used a NAP 250 (non-DR) on my Nova and it added more control, different character which was much more enjoyable for me but we’re talking a nice but not dramatic improvement.

I strongly suspect a NAP 250-DR on a Star would be much more beneficial. Can you demo?

Supernait 3 and NDX 2 would be nice, but you already have a fairly capable streamer in the Star. The Nova (without fixed output) is so close to an NDX 2 last time I compared both into a NAC 282/active SBL system I couldn’t justify the NDX 2 - felt it needed a PSU itself to shine.

If you really want phenomenal low level playback quality a NAP 300DR would likley really impress with Star/current speakers but outside your budget and would be considered imbalanced by many, but that’s only in the context of what you have not where you may be heading (consider box count however).

Room treatment - I think you’d really need to know what you’re doing and why.

Alternative suggestion - try to borrow a Powerline mains cable to demo - significant increase in control/authority on a Nova so I’d imagine the same on a Star - also much cheaper than other options and of value with any future upgrades.

So, probably with what you have I’d suggest attempting to demo a NAP 250DR and a Powerline - both would serve well in any future system with either a 272 replacement or a NAC with Star doing streaming duties (my Nova does that).

I don’t know about soundstage but lack of bass at low volumes compared to normal or high volumes is a natural function of human hearing.

That’s what the infamous old “loudness” function in cheap 70s and 80s amps was intended to be used for. Trouble is it was very crude, on or off, so other than at one loudness level too much or too little, and often misused. As I have expounded before, there would be great merit in having a sophisticated loudness control using DSP boosting bass and, though to a lesser extent, upper end of treble (or cutting the middle range) at an appropriate rate proportional to sound level at the listening position. It can of course be done manually but then you need to change settings when playing louder.

This chart shows human hearing equal loudness curves, illustrating how the curves vary with sound intensity: bass is relatively quieter in relation to mid frequencies if the net sound level is lower.

Soundstage may be due to room effects, related to speaker and listener positions and room reflectivity. You can play with positioning, also the degree of ‘toe in’ can be a significant factor.

If the system sounded good at low levels in your other house, you probably have to experiment with the placement of your speakers first to see if that rectifies the problem.

If you never listened to low levels in your other house, and you changed your listening habit since moving, I’d start to look around for speakers that will sound great at lower listening volumes. Changing amps will probably not help, it only masks the problem, not resolve it. You still will not be happy in the long run.

How low is low? Some recordings don’t just work out when using low volumes. The room would probably even accentuate it even more…

It’s annoying that the bass is always the first to go at lower volumes due to the graph @Innocent_Bystander posted. Get it right at low volume and it’ll be way too much at higher volumes. There’s no way around it. The challenge is to find the best compromise.

The CM9 is a large speaker vs. the room size. I wouldn’t rush out for different speakers. I think it’s unlikely they are not able to provide ample bass response in this room. I’d experiment extensively with positioning in all directions (even incl. a slight tilt).

You mention a new build. Is that new in days, weeks or months? If the mains wiring, sockets, CU etc. are all brand new, that could be a factor too. And… did you try a different socket yet?

You have changed rooms of course it’s going to sound different. It’s not a huge room either and one you likely to get standing waves at lower freq causing nulls and will have others at certain frequencies causing boosts. Don’t expect your speakers to work in similar placement to your old room. You will need to experiment to find a position that sounds the best. It may be you may need to change speakers to deal better with the size and acoustics of the new room , but experiment first it’s free and will have profound effects on how it sounds.

Apologies all, my last post was done on phone using voice to text and I was interrupted and omitted to go back and check before posting. The errors made some of it nonsensical though hopefully the gist was clear. Corrected now!

I added a 250DR to my Star as part of an upgrade and it really made a difference across all frequencies, much more than I expected. Like the OP I am waiting for the 272 replacement to arrive as the Star is definitely the weak link in my system, currently, it sounds good enough that I can accept the limitations but I am wanting a uplift in the not to distant future.

I have a Star and use a Meridian power amp to good effect. I also have to listen at low volume for much of the time. Adding in a modest sized subwoofer and being sensible with integration has made a world of difference for low volume listening.

I would change your speakers for ones that excite rather early on in the volume stakes. Some Naim speakers would be my first choice. Such as Arivas, Allaes, Credos, Intros or even n-Sats.

A good way for the OP to waste lots of money for no practical improvement to his reported issues, certainly.

This is a tempting proposition, especially with a pre-owned 250 being possibly the cheapest first step.

Thanks Alley_Cat, interesting image side by side.
Appreciate it doesn’t tell the whole story, but visually not a great deal of difference between Star and Nova.
I very much like the idea of trying out a powerline, possibly in conjunction with a 250.
To keep the cost to budget, 250 would need to be pre-owned, not sure if I would be able to demo before purchase.

The images are from Naim’s site. The beefier toroidal transformer in the Nova probably accounts for some differences between the two but I’ve never heard the 2 side by side.

Yes, I’d advise demoing both if you can.

I was fortunate to have a NAP 250 in storage to try with the Nova temporarily.

It might be likely that your old placement was exciting room modes giving the illusion of more bass. Your speakers roll off at 46hz and this is really not very deep. You may just be hearing the speakers for what they are. You could try a sub to fill in the low end from 46hz and down.

Agree, it makes a lot of difference if I listen at low volume to my Star/PMC25.21i with or without my modest subwoofer.

Never felt I’ve needed a subwoofer but I am NOW intrigued! Especially for a surround system where the existing speakers seemed to do enough.